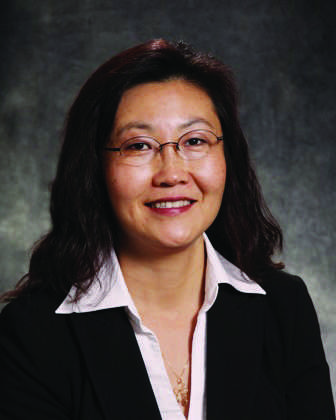 “We were all conformists. We just wanted to survive the system,” said Marek Haltof, Ph.D.

Growing up in a communist country does present its challenges, but as a child, the injustices are just an undeniable part of life, said Z.Z. Lehmberg, Ph.D.

The crowd surpassed 50 attendees as two NMU professors discussed their lives at the “Growing Up in Communism” talk held Thursday, Jan. 25 as part of the “Cold War in the U.P.” exhibition at the Beaumier U.P. Heritage Center.
Beaumier Museum Director Dan Truckey said this event had the most attendance he’s seen. When the seminar room in Gries Hall reached capacity, the event had to be moved to Jamrich Hall to accommodate the crowd.
English Professors Haltof, of Poland, and Lehmberg, of China, shared their experiences growing up in communist countries before relocating to
America.

Communism, which took over China in 1949, was apparent in daily life beginning with the education system, said Lehmberg, who lived in China for 20 years before coming to NMU to study.

Students would work to become what was referred to as “three good students,” which meant one was good morally, academically and physically. Once a student received that award, they became qualified to join the good student organizations. In middle school, “good” students would join the Communist Youth League, where they would pledge allegiance to the party.

“As a kid, I didn’t understand what it truly meant. It meant I was a good student and I was recognized by the other students by joining these organizations,” Lehmberg said.
In Poland, communist regimes led to affects such as travel restrictions, and injustices in the university application process. There was pressure to join the party, but he never did, Haltof said.
“There were not many devout communists. Remember, this was imposed after 1945,” Haltof said.

He explained that Poland was not a very strong communist party because there was still private ownership opportunities, as the country was in a period of liberalization after Dictator Joseph Stalin died in 1953.
Both speakers described being taught that communism was equality which resulted in a sense of togetherness. This goes against the perceived sense of self-centeredness in America, Lehmberg said. However, that was negated when she adapted and learned American people were friendly as well.

“As a child, communism, to me, was the emphasis on equality. Each man or woman does what he or she can do and takes what he or she needs,” Lehmberg said. “But then it’s in practice when the leaders became dictators.”

In Poland, citizens were not allowed to express themselves or travel outside of the country, which was why the system was problematic, Haltof said.

Despite all the hardships, Lehmberg noted an underlying sense of comradery in this era.
“You were poor together, suffering together. I guess that’s togetherness,” Lehmberg said.