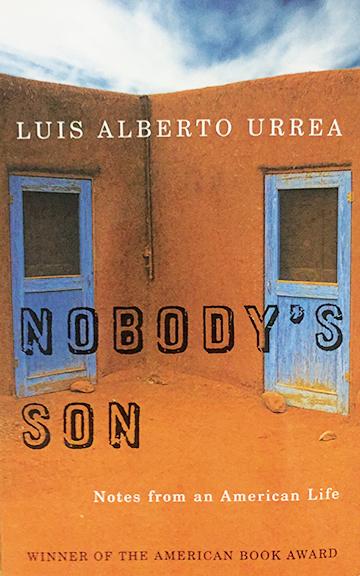 This year’s DCRP pick is available to students and staff for free outside the Multicultural Education and Resource Center. Photo by: Chloe Anderson

NMU students, faculty and staff may come to the Multicultural Education and Resource Center, located in Hedgecock 3001, and pick up “Nobody’s Son” for themselves regardless of department or class requirement.
DCRP Committee Chair Tracy Wascom suggested the memoir to the group, choosing it due to its themes of immigration and multiculturalism.

“There seems to be a notable lack of meaningful public discourse surrounding immigration in this country,” she said.

Wascom said that “Nobody’s Son,” despite being about a multicultural, first-generation immigrant, is a story relevant to anyone living in the United States today.

“The vast, vast majority of people in this nation are, themselves, immigrants, or their ancestors were,” Wascom said. “Even if we’ve forgotten, it’s still true.”

According to Publishers Weekly, “Nobody’s Son” is Urrea’s memoir of growing up in Tijuana, Mexico and San Diego with a Mexican father and an Anglo-American mother. Urrea recounts the cultural divide between Mexico and the United States.

Of the 19 books initially suggested to the DCRP by NMU faculty and staff, a committee of volunteers for the DCRP narrowed the choices down to five for voting, which was done before the 2016 presidential election. The final five books were on topics of racism, poverty, transgender experiences, women’s experiences in the United States and immigration, said Wascom.

The DCRP was founded in 2014 by Associate Professor Lesley Larkin who is currently using “Nobody’s Son” as class material in her English omposition class.

“I always like to give students an opportunity to experience the books that the DCRP chooses,” Larkin said. “It’s quite timely given the conversations were having about citizenship.”

Students are encouraged to attend Urrea’s lecture, Feb. 27 and ask him questions, she said, adding, “It’s a really exciting opportunity to meet an author.”