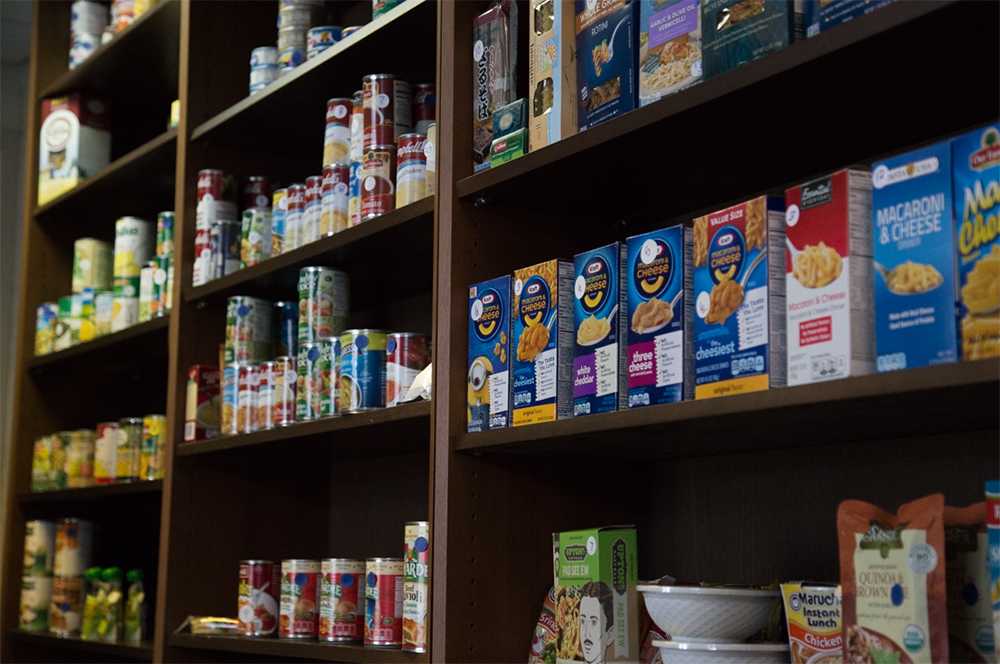 The NMU Food Pantry is available to students, faculty and staff, however it is not offered to community members. Donations can be dropped off at the ASNMU and Student Support Services offices. Photo by: Neil Flavin

Shockingly enough, 30 to 49 percent of NMU students have reported being food insecure, unable to access food, cited on a campus-wide survey ran by ASNMU in the Fall.

In efforts to provide non-perishable food and hygiene products as early as possible, the pantry held nine soft openings until they were fully functional to open on Feb. 1, in 101B Gries Hall.

The pantry has been visited 97 times since the first soft opening, said Peter Holliday, director of Student Support Services.

“We’ve had several shoppers return to say how important this was to them,” said Holliday.

Popular donations include canned goods, veggies, tuna, pasta sauces and loads of macaroni and cheese, said Holliday, but the pantry is in need of more dietary restriction foods. Gluten free, vegan and allergen-related foods are needed as well.

Holliday said students who may not travel home for the holidays are grateful for the pantry, as a record 24 students visited the day before winter break. The pantry has been showered with donations from Giving Tuesday, a day of giving celebrated on the Tuesday following Thanksgiving, along with Public Safety’s Food for Fines, which donated food reduces a citation. In addition, the pantry has received donations from the NMU Staff Holiday Party, Alpha Sigma Phi Fraternity, Sign Guys and UAW 2178. The Administrative Professionals Union notably donated $200 worth of Super One
cards.

“Food for Fines brought an enormous influx of diapers, which was really exciting because that’s a huge financial strain for any family,” said Loftus.

Inspired by other universities across the state that combat food insecurity, Connor Loftus, ASNMU vice president, wrote a resolution to school administrators to form the Food Insecurity Committee that underwent a campus-wide survey to access the need from students, faculty and staff.

He noted the rising cost of tuition and costly meal plans as contributing factors to food insecurity, citing the survey. The need has risen over time, as many students who shop at the pantry are from low-income houses or live off campus and run short on food in order to make rent, Loftus said.

O’Connor, Loftus and Holliday have developed an inventory system and a non-intrusive way to keep track of frequent shoppers, she said.

Mass emails are sent at the beginning of each week, notifying people of the hours. A page on Northern’s website as well as a Facebook presence with a “need and don’t need” list is in the works as well, said O’Connor.
“Word of mouth alone has been amazing,” said O’Connor.

The goal is to have the pantry open year-round.