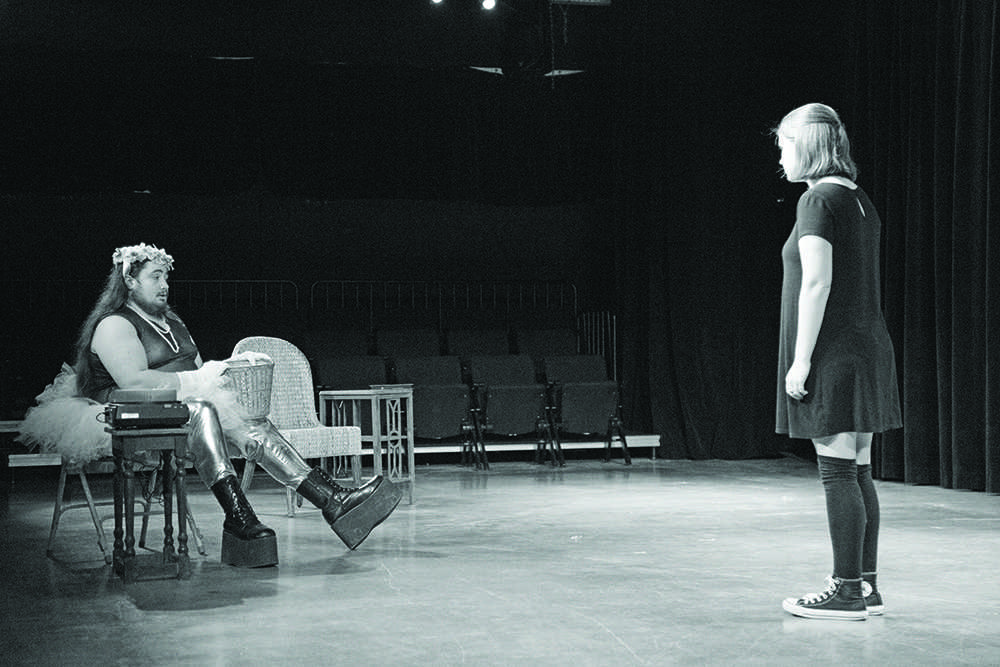 Looking for a spot of entertainment in February?

The Fringe Festival is coming back to campus this month with three different theatrical pieces, each performed, produced and directed by the students of the theatre and entertainment arts program.

The Fringe Festival came about in Edinburgh, Scotland in 1947, when eight theater groups were shunned from the Edinburgh International Festival because they were not part of the official program. The eight groups decided to stage their own productions, which birthed the famous Fringe Festival in 1958. Today it is one of the largest theatre festivals, occurring in locations all across the world, such as New York City and Melbourne, Australia, according to the NMU website.

The Fringe Festival at NMU follows the original idea of the Edinburgh festival, but on a significantly smaller scale. The festival on campus is a show for entertainment and theatre students to display their talent, but also allows graduating seniors to perform some of their capstone projects.

Amber Urban, a senior theatre and entertainment arts and sociology double major, is directing “The Valentine Fairy” by Ernest Thompson for her capstone project.

The show is about a girl who has given up on love. A valentine fairy breaks into her house to give her a presentation of her love life and teaches her an important lesson, Urban said.

Urban, who is also the costume and set designer for the play, has been working on designing and getting a complete concept for the show since mid-November. The message of the show is the importance of loving yourself and self-acceptance, Urban noted, which is a topic she said she could relate to as well.

“It’s a powerful message and it’s universal, which is why I gravitated toward it for my project. This is something that has taken me a long time to realize and to accept; I hope the audience can learn to accept it too,” Urban said.

The two other shows featured in the Fringe Festival, although not capstone projects, have been in the works for months.

“Antigone” by Sophocles is the result of a Lundin Honors Research Fellowship. Regan McKay, a junior theatre and entertainment arts and English double major, received money to do a research project on staging a Greek play that focuses on women’s rights. She is serving as both assistant director and research dramaturg, which is a person who works with the director to create a historical context for the show. Professor Paul Truckey is the adviser and director of the show.

“Antigone” is a classical Greek tragedy. The major conflict of the show is between Antigone and her uncle, Creon, king of Thebes, about a decree he has issued forbidding her to bury her brother. She decides to rebel against him and and they struggle over whose opinion and actions are truly right.

McKay said the show helped form her opinions about the politics of America and learn how to best share those with others through art.

“My chief hope is that the audiences who watch this show will be provoked into some sort of thought. Whether they agree [or] disagree with my views, I want them to consider their own as related to the political climate and think about action,” McKay said.

The third show, “The Complete Complete Works of William Shakespeare Abridged Revised,” is being co-directed and performed by Lily Howder, Lilith Kontos and Nathan Morgan.
The three students will attempt to put on the complete works of Shakespeare in just 45 minutes. A lot of hilarity ensues as well as some decent Shakespeare, but audiences are certainly not getting any true classic Shakespearean acting, Howder said. It is light-hearted, fast-paced humor.

For Howder, this is her final acting role at NMU, she said, and she is looking forward to performing in the play’s relaxed, fun environment.

“This play is a way for me to hopefully bring a laugh or two to an audience who may have had a long day or [for others to] just enjoy a laugh, ” Howder said.