Yooper Olympian goes for the gold 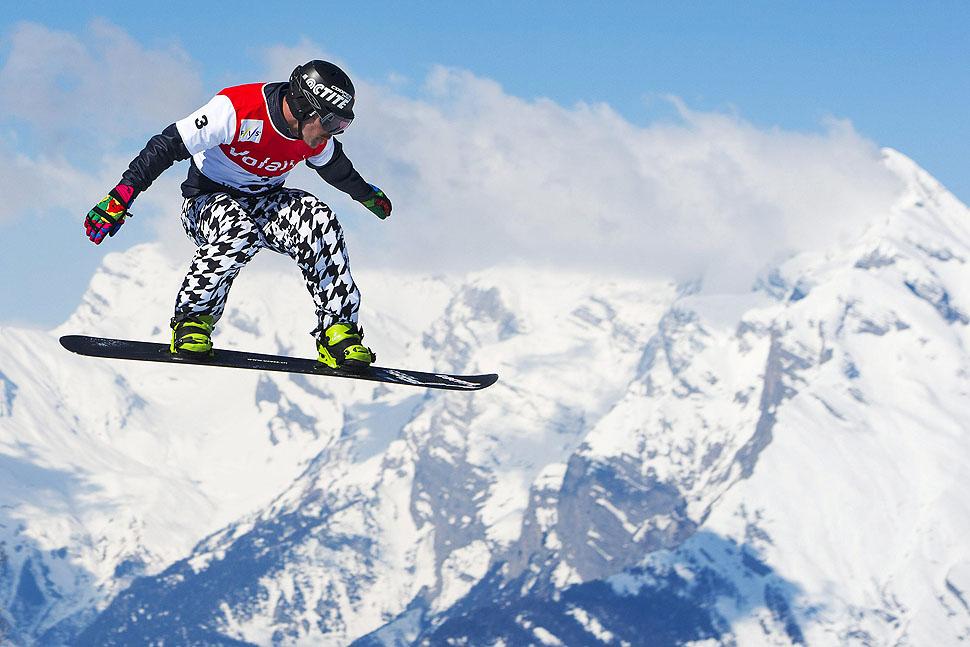 Baumgartner, 36, of Iron River, Michigan, attended Northern Michigan University and played on the football team back in 2000. Now, he competes in snowboard cross. In this Olympic event, six competitors at a time race downhill, navigating twists, turns, jumps and other obstacles. The sport is quite physical, with the width of the track not being overly spacious, Baumgartner said.

In Turin, Italy at the 2010 Winter Games, Baumgartner took 20th. Then he placed 25th in 2014 at the Winter Games in Sochi, Russia. Baumgartner said he is as ambitious as ever to bring a medal back to the Upper
Peninsula.

“I’m stoked to have another shot,” Baumgartner said. “I’m feeling better than ever.”

Baumgartner’s qualifier, that was held in Turkey, only came a couple weeks after a crash during a race in mid-December that gave him two crushed vertebrae, a broken rib and a bruised lung, which have since healed up decently, he said.

“I wasn’t going to let that get in the way of this,” Baumgartner said. “Sometimes you just have to bite down and go.”

Baumgartner said experience is on his side for these Winter Games, plus the team has both new and familiar faces.

“The team has great guys on it,” Baumgartner said. “We have a blast, we work hard, but we have a great time.”

While at home, Baumgartner spoke at schools around the U.P. He loves being involved in the area and being an inspiration and positive role model for kids in the area, he said.

“They get so excited—it’s infectious,” Baumgartner said.

Baumgartner’s son, who is in sixth grade, is a big drive and motivation for him.

“The big grin [my son] gets when he talks about me racing is priceless,” Baumgartner said. “Getting to be a ‘cool dad’ in his eyes is a huge bonus of all this.”

Baumgartner said the community support is amazing from Iron River. Businesses around town put up signs in their windows, wear shirts in support and plan to have viewing parties for the race.
“The community is on this ride with me,” Baumgartner said.

Baumgartner’s snowboard cross event was yesterday night, in which he made it into the final round, finishing in fourth place.