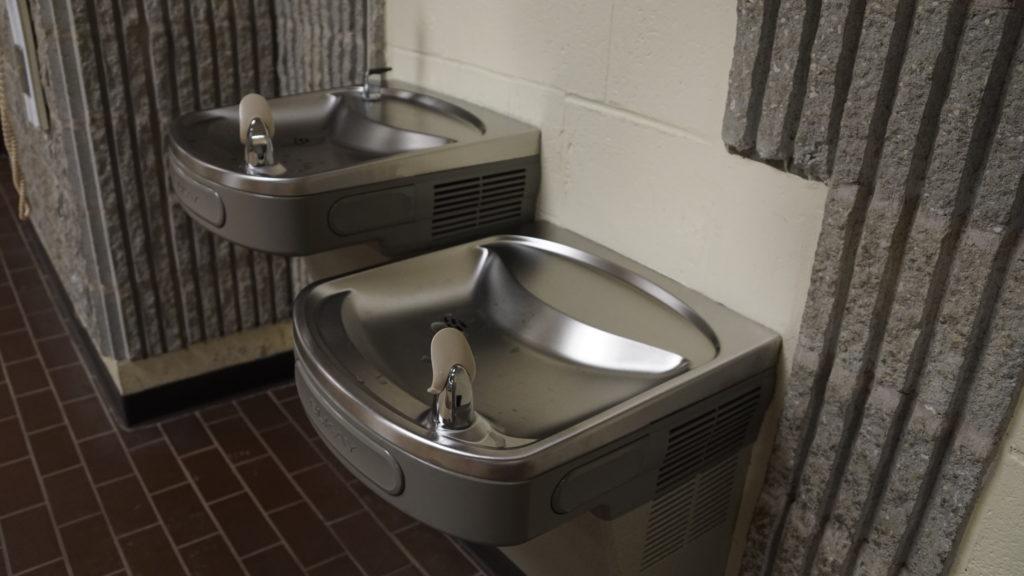 After the initial closing of the Jacobetti Complex due to elevated lead content, two independent labs collected samples for testing. Both results indicated levels below the legal limit. Photo by: Kat Torreano

Northern Michigan University officials have decided to test the water in all campus buildings to establish a quality baseline after elevated lead levels were discovered in the Jacobetti Complex last week.

After receiving concerns of water quality around campus following the discovery of sediment in the Jacobetti’s water last Wednesday, Feb. 14, it was decided to test water around campus to restore “peace of mind,” Chief Marketing Officer Derek Hall said.

“The water issues in Flint have everyone on high alert,” Hall said. “That’s why, when we got that initial report back, we closed that building immediately.”

Hall said while the process will take a few weeks to be completed, it would be beneficial for the university to have a 2018 baseline recording going into the future.

The cause of the increase is still unknown according to Hall, who said the mysterious circumstances contributed to the decision to keep the Jacobetti closed until Friday, Feb. 16.

The high lead levels were discovered after results came in from a test conducted Jan. 30 following a recent water line repair, according to an NMU press release.

Additional water samples were taken that day and sent out to two independent laboratories for comprehensive testing on Thursday, Feb. 15, NMU Public Safety Occupational and Environmental Health Specialist Mandy Magno said. The results of both of those tests, which included samples from the hot, cold and drinking water were well below the legal limit, she added.

“We actually have no worries,” Magno said. “We were very proactive in this situation. We had samples retested and everything came back really normal.”

While NMU has the capacity to conduct its own water quality tests, the decision to use independent laboratories demonstrates transparency on Northern’s part, Hall said.

“It’s our mission to provide a safe living and learning experience for everyone,” Hall said. “We’ve made quick decisions and provided the details, so if someone wanted to see the water report, it’s right there.”

The Jacobetti water test reports and further information can be viewed at nmu.edu/jacobettiwater.