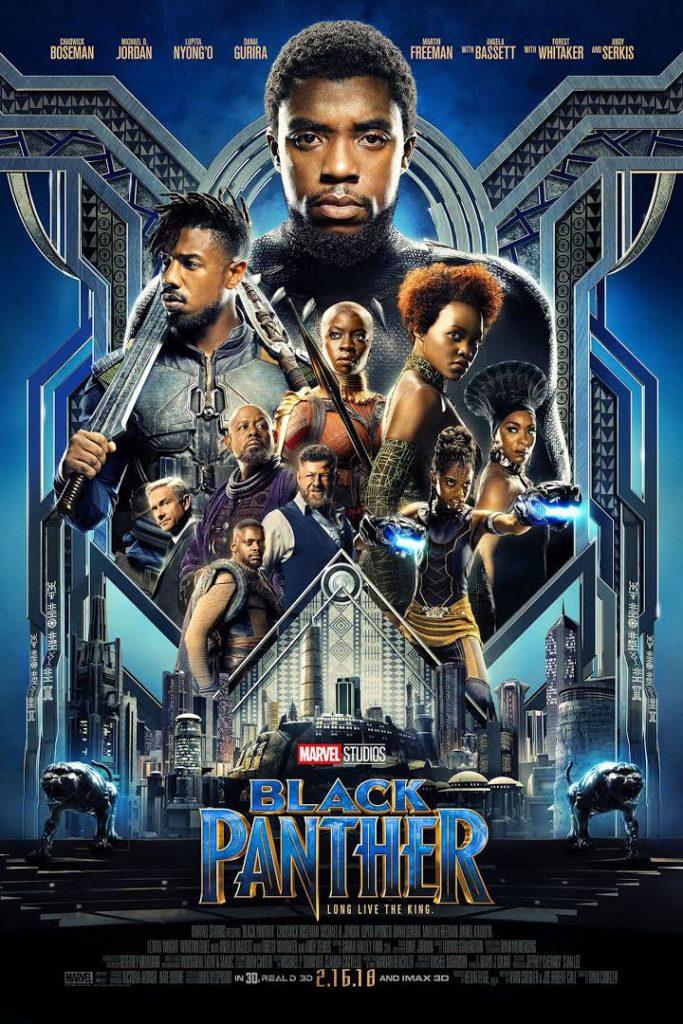 The Marvel Cinematic Universe (MCU) is a defining franchise for the modern cinematic age. With 18 films under its belt, the MCU managed to do the unthinkable and build a series of box office megahits. To most movie-going audiences, it’s exciting and groundbreaking. To a small minority (myself included), the MCU has grown to become an endless conveyor belt of lifeless, un-nuanced films all molded with the weak punches and cheap laughs of the “Marvel formula.”

Thankfully, “Black Panther” is the exception to the rule.

“Black Panther” stars Chadwick Boseman, Michael B. Jordan, Lupita Nyong’o, Danai Gurira and Martin Freeman. In it, we follow the newly crowned King T’Challa (Boseman) as he navigates his own personal demons and the troubling past of his (fictitious) Eastern African nation, Wakanda.

This is a groundbreaking achievement not only because it’s the biggest film from a black director starring a predominantly black cast, but because its narrative is baked full of real-world socio-political issues through the lens of the black experience and afrofuturism. This is made all the more important by the film’s triumphant $242 million opening weekend.

Acclaimed “Fruitvale Station” and “Creed” filmmaker, Ryan Coogler, carries his humanistic vision over to the world of Wakanda. This director cares little for tying into the greater Marvel universe or for grabbing the usual low-hanging fruit of comedic plot devices. For once, we’re not forced to watch Robert Downey Jr. walk around a set and collect hefty paychecks—we are treated to what feels like real, lived-in characters with genuine human intentions.

T’Challa is a sympathetic and complex character. The audience is able to understand his emotional levels through his relationships with powerful women in his life: his mother, Ramonda, his bodyguard, Okoye, his ex-girlfriend, Nakia and his sister, Shuri (a dynamic and fun performance from newcomer Letitia Wright).

Most impressive of all, though, is the film’s villain, Erik Killmonger, an outsider turned tyrant of Wakanda, who challenges T’Challa on every physical and mental level. Jordan plays Killmonger with an almost disarming amount of confidence and swagger. He knows his purpose and he knows he’ll stop at nothing and kill anything to reach his end goal. Most disarming of all is Coogler’s characterization of him. He’s not only intimidating and charming but also an empathetic figure; his ideals and motivations are hard to disagree with.

The characterization of T’Challa and Killmonger leaves way for two compelling arcs that are a thematic delight to dive into.

Unfortunately, the narrative crescendo fizzles out in the film’s third act, with a spectacle-less and generic battle of superficial brawn as opposed to what could’ve been a more subversive battle of wits. The landing isn’t completely stuck, but Coogler still manages to carry the film around to an emotionally satisfying closing grace note.

At its worst, “Black Panther” is just another Marvel movie, but at its best, it’s a visually enthralling, emotionally compelling, culturally rich character-driven big budget epic. In the grand scheme of the comic book film genre, “Black Panther” is a diamond in a sea of glass. It’s a film full of purpose and soul.