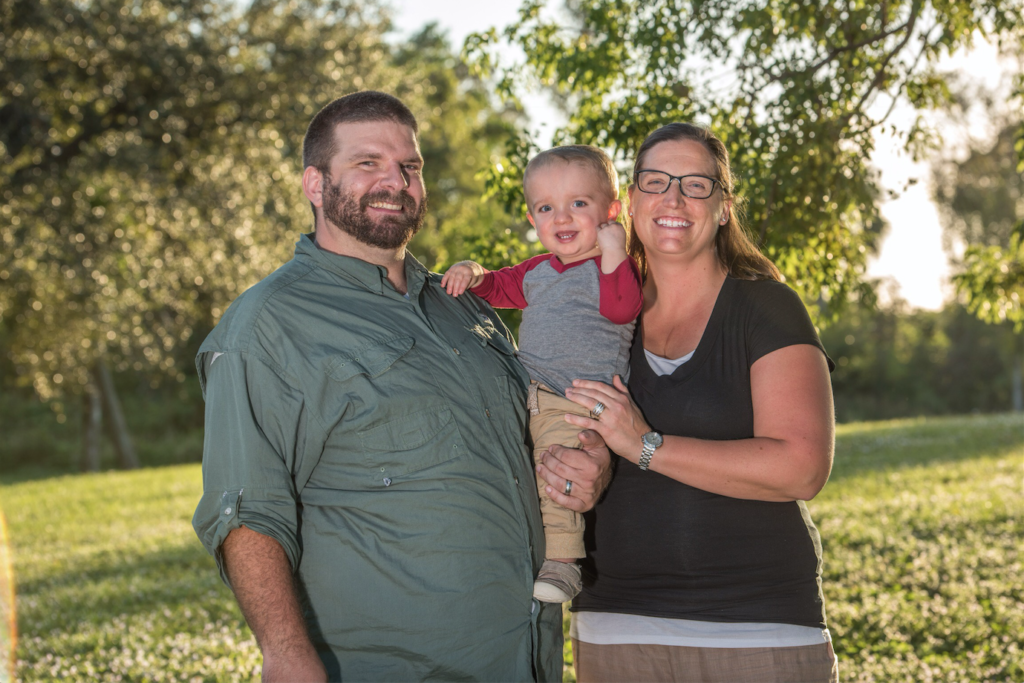 Ernest Rospierski and Andrea Kowalski-Rospierski graduated from NMU in 2005 and teach at Marjory Stoneman Douglas High School in Parkland, Florida where a school shooting took place two weeks ago.

Yesterday, two NMU alumni returned to work at Marjory Stoneman Douglas High School for the first time since Feb. 14, the day an active shooter killed 17 people and injured 15 in the school in Parkland, Florida.

Ernest Rospierski (‘05) and his wife Andrea Kowalski-Rospierski (‘05) are social science and language arts teachers at Marjory Stoneman Douglas High School.
“It was great to see my kids again,” Rospierski said. “The thing that was incredibly impressive is we went through a full schedule [yesterday]. I saw all of my classes and I had a grand total of four kids absent.”

The students were nervous walking back onto campus, he said.

“There were a lot of sleepless nights for a lot of the faculty because we’re trying to figure out what to say to these kids,” he added.

Interacting with students again in the classroom setting, following the deadliest high school shooting in U.S. history, is one of the greatest challenges facing many teachers, he said.
“For people like me who have classrooms where we lost kids, how do we talk about those kids and not make it uncomfortable for the other kids in the room?”

Rospierski’s classroom is in the building where the shooting happened while his wife works in a different building. Working in separate buildings was inconsequential to the married couple until the day Rospierski found himself in the midst of gunfire.

The Feb. 14 school day started like almost any other besides the exchange of candy, cards and flowers between students and teachers celebrating Valentine’s Day, Rospierski said.
Then the fire alarm went off.

Rospierski accompanied his students out of the classroom, into the hall and toward the stairs in accordance with the usual fire drill procedure. It didn’t take long for him to realize something was wrong.
“As soon as I get to the stairwell, I hear what I know is gunfire since I’ve been around guns my whole life,” Rospierski said.

Students started to run. Rospierski said he ushered them toward open classrooms where they could shelter in place. Before making it to an open room, the shooter was up to their floor of the building. Rospierski said he pushed his students into an alcove by the classroom door.

“That’s when he started shooting at us,” Rospierski said.

One of the bullets grazed Rospierski’s cheek.

Later, Rospierski learned that the gun had jammed.

“I found out from some people who watched the security camera tape that the shooter then tried to push through,” he said. “They couldn’t because my foot was there.”

After waiting for his students to get to the lower level, Rospierski found an empty classroom and hid there until law enforcement came to clear the room.

“They see something they need or feel they want changed and they’re going to make it happen,” he said.

Rospierski added that he felt his students had the ability to make a change.

“These kids are serious and they’re educated. They know their facts.”

Rospierski’s advice for anyone who finds themselves in an active shooter situation is to rely on training and shelter in place.

“Most of the people who were able to shelter in place and hide were fine,” he said “There were some instances where the shooter did shoot through walls because he had a high-powered rifle, but most of the people in the rooms, if the doors were locked and the kids were out of sight, he just kept on going.”

Remaining calm was key as well in this high pressure situation, Rospierski said.

“There’s a time to freak out but it’s not that time. One of the things I’m very proud to say is that all of our teachers, all the people I talked to, remain as calm as possible. Even people who are facing direct fire,” he said.

Rospierski said, in the future, it would be beneficial for buildings to be constructed so the walls could withstand all gunfire.

“In the building I was in, the interior walls were just drywall. Drywall doesn’t stop [an AR-556].”