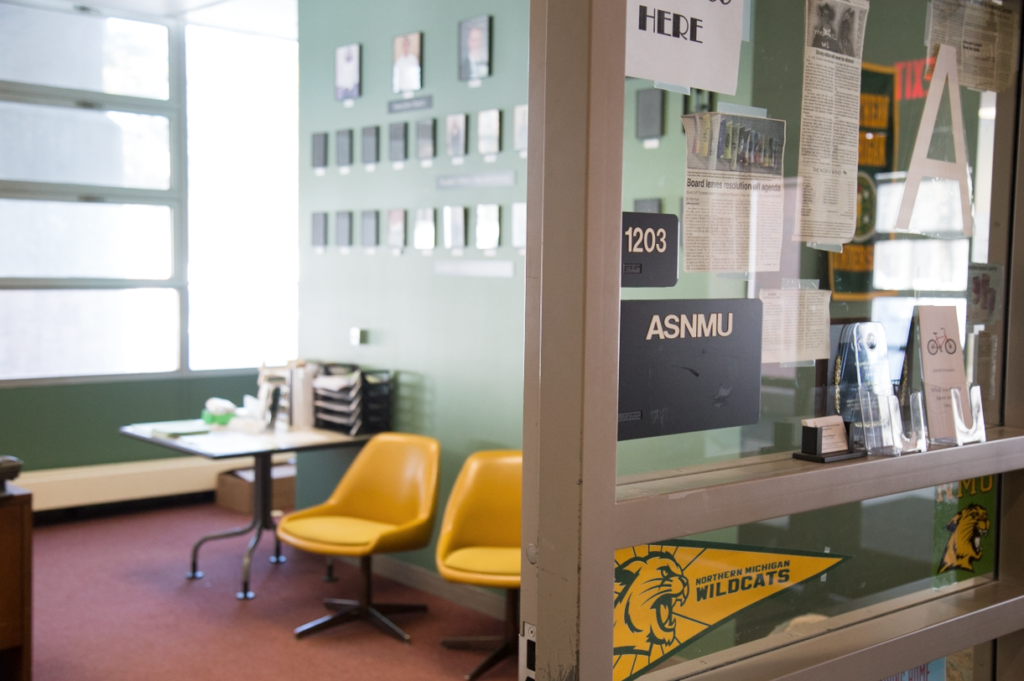 The ASNMU office, located in the University Center, is currently working on a new NMU app.

A new NMU app that is both functional and user friendly is underway as ASNMU works to create an app that is tailored to everyone within the NMU community.

The old NMU app, released around four years ago, was not fully functional and had its flaws. The IT department is currently revamping this app to make it functional for students while the creation of a new app is underway, Chair of Student Affairs for ASNMU Simon Moesch, a sophomore and political science major said. The updates on the old app should be finished within the next few weeks and the new app will follow, he added.

“Right now, we are working on the first stepping stones into redeveloping the new app and figuring out how we want to go about that,” Moesch said.

ASNMU sent out a survey last month with 20 questions to gauge student interest on features they wish to see on the new version of NMU’s app. The response to the survey was substantial and they received 680 completed responses, which gave them plenty of data to work with and determine what to include, Moesch said. The top five most requested features were class cancellations, finals schedules, a virtual NMU ID card, holds and classroom availability.

“We want an app that anyone can use, no matter what their relationship is to Northern,” Moesch said. “We want everyone to be able to utilize it.”

The new app will have a sleek, modern and customizable design, where everyone’s app will be tailored to their needs, similar to the ESPN app, Co-Chair of Academic Affairs Richard Hamilton, senior and information assurance, cyber defense major said.

The long-term goal is to create four different sections for prospective students, current students, parents and families, and alumni but right now they are focusing their efforts on the current student section, he added, as the logistics are still being worked out.

“There’s a lot of red tape and hurdles to jump over,” Hamilton said.

There is a mobile-labs demo on March 14 that ASNMU members will be attending with a third party who could potentially design the app. The third party designed an app for Notre Dame, so they are well known, Hamilton said.

For additional questions, comments or concerns regarding the new app contact
ASNMU at www.nmu.edu/asnmu.