Wish you were beer 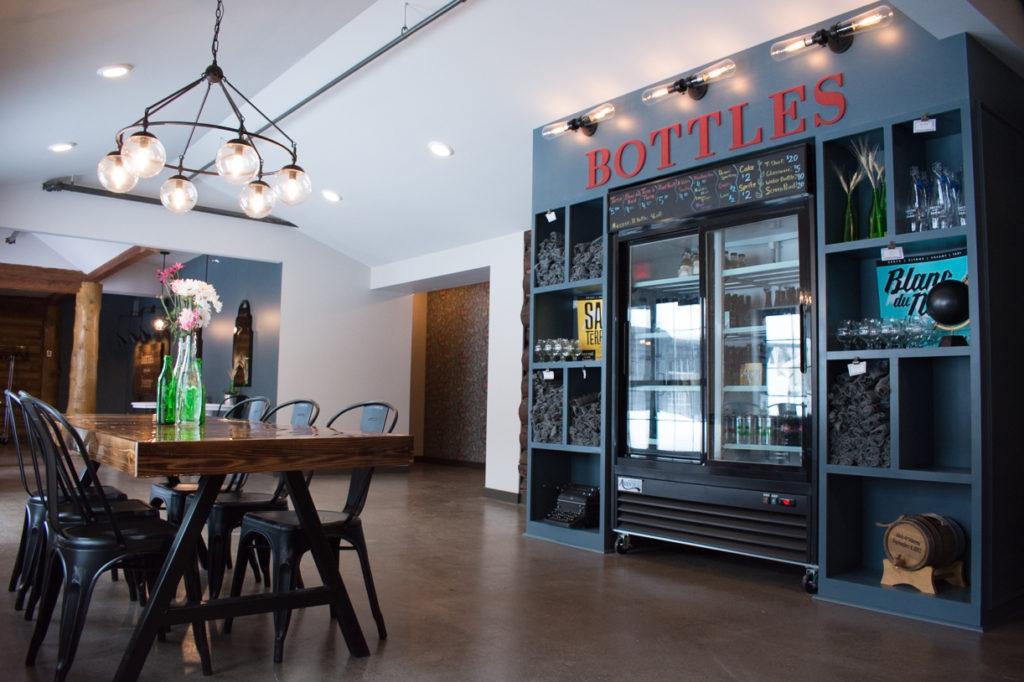 Beers are bottled and available in the tasting room every Saturday. Photo by: Lindsey Eaton

Marquette is characterized by an abundance of snow, its expansive Superior coastline, the “Eh’s?” and “Yah’s” heard on the street and more recently by the beer we drink. In the last decade the Upper Peninsula has seen the birth of the craft beer scene with the celebration of the annual Fall Beer Fest and the opening of local breweries such as Ore Dock Brewing Co. and Blackrocks Brewery. Another brewery opened its doors in January and is adding a new element to local brews by focusing solely on creating barrel-aged and farmhouse
ales.

Farmhouse beers, also known as seasonal beers, are typically made in the winter months and stored until the summer. This category of beers includes Saisons and Bière De Gardes and often have more “funky” flavors, VanCourt said.

“I grew up working on the farm, and I think that all of the supporting industries need as much attention as we need selling our product. We’re trying to help these hop growers and these maltsters be successful too,” VanCourt said. “It’s going to be a chance for us to show people where and how agriculture happens, [and that] really impacts the products that are made with those agriculture products.”

Barrel + Beam is vintage in more than just its
brewing techniques. The new brewery sits in the former Northwoods Supper Club. Opened in 1934, the club was famous for its log cabin style and home cooked food. The restaurant closed in 2007 and was completely stripped when the VanCourt’s took over. Six months and over $2 million later, VanCourt and his wife Marina Dupler have restored most of the old club.
“The majority of what we could keep the same, we did. That turned our aesthetic from just farmhouse style to farmhouse meets NorthWoods Supper club,” VanCourt said.

Those who visited the supper club will recognize certain features such as the grand entrances and the multilevel cabin, VanCourt said.

While the club has been restored, there is still an additional 7,000 square feet and extra property yet to be put to use at the old club. Within the next couple years, VanCourt plans to turn the extra space into another event area and have the backyard terrace, beer garden and fountain up and running. It’s about continuing the principles of the Northwoods, he said.

“That mentality of ‘we’re going to keep it our own and make it grow with us,’ is the same kind of mentality we have. The fact that everyone that’s from here remembers going [to the Northwoods] for just about any reason to gather, we want to continue that,” VanCourt said.

But finishing renovations and new features to the building aren’t what he’s looking forward to most, he said.

“In terms of our projects, it’s the barrel-aged beers being ready. It takes a long time. We’re going to have the first one
out hopefully before June, but a lot of them won’t be ready until probably summertime,” VanCourt said. “That’s going to add a lot of products to the beer list. It’s also that last piece of what makes us Barrel + Beam come together, so I’m
really looking forward to that.” Barrel + Beam currently has five beers available, three of which can be found locally at White’s Party Store, the Zephyr Wine Bar, The Steinhaus, Econofoods, Everyday Wines, the Marquette Food Co-op and Michigan Made. The two other beers are available only in the
Barrel + Beam tasting room.

Barrel + Beam is currently only open from noon to 8 p.m. on Saturdays and is a venue for private events. For more information on the brewery, visit barrelandbeam.com.