Walkouts are the first step toward reform 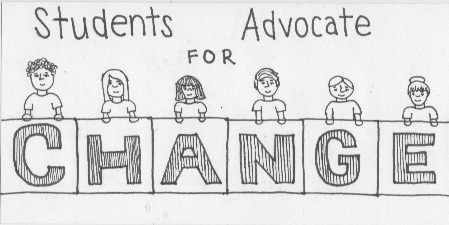 At 10 a.m. on March 14, students across the nation stood up from their desks and walked out of their schools to stand for 17 minutes, each one a representation of a life lost during the Marjory Stoneman Douglas High School shooting that took place one month ago.

Northern students, faculty and administration also took part in the nation-wide walkout to stand in solidarity with those affected by the Parkland shooting.

Although thousands of high school and university students participated in the walkouts, their activism was also met with protest. The walkout sparked counter arguments such as “Walk Up Not Out,” which encouraged students to walk up to those who may be subject to bullying and to approach every individual with kindness.

In the current political climate, divisiveness over every movement no longer comes as a surprise, but when discussing school shootings, both sides are advocating for the same thing: change.

To some, walking out of a classroom is not the most effective way to take a stance, but we stand with those who chose to participate in the 17-minute demonstration and create change the best way they know how.

Sympathy is felt across the nation for those affected by each school shooting. The fear of an active school shooter lingers in the teachers and youth of our nation. Students are the ones learning lockdown procedures and walking into classrooms wondering if they’ll be walking back out.

When those directly affected by active shooters aren’t even old enough to vote, staging walkouts, rallies and protests are outlets for them to foster peaceful change. We shouldn’t delegitimize those experiencing these tragedies firsthand for finding ways to actively make their voices heard.

Instead of denouncing students attempting to create change, we should encourage all to continue to advocate for it. The walkout sparked national movement. Don’t just walk back to class, keep this momentum for change moving forward. Walk out and walk up.

Gun regulation may seem like the only debate to be had when dealing with these sort of tragedies and their frequency, but change isn’t going to happen overnight and picking one side of a political debate won’t stop someone with a gun tomorrow.

Our focus should be fostering open conversation, especially with those directly affected. Let’s focus on advocacy for change in small steps and take the time to recognize those who lost their lives and their loved ones. This shouldn’t be another topic to make our nation more divisive, but one that makes us reevaluate our focus. We need change because the children of our country should come first.