Glass not recycled since 2012 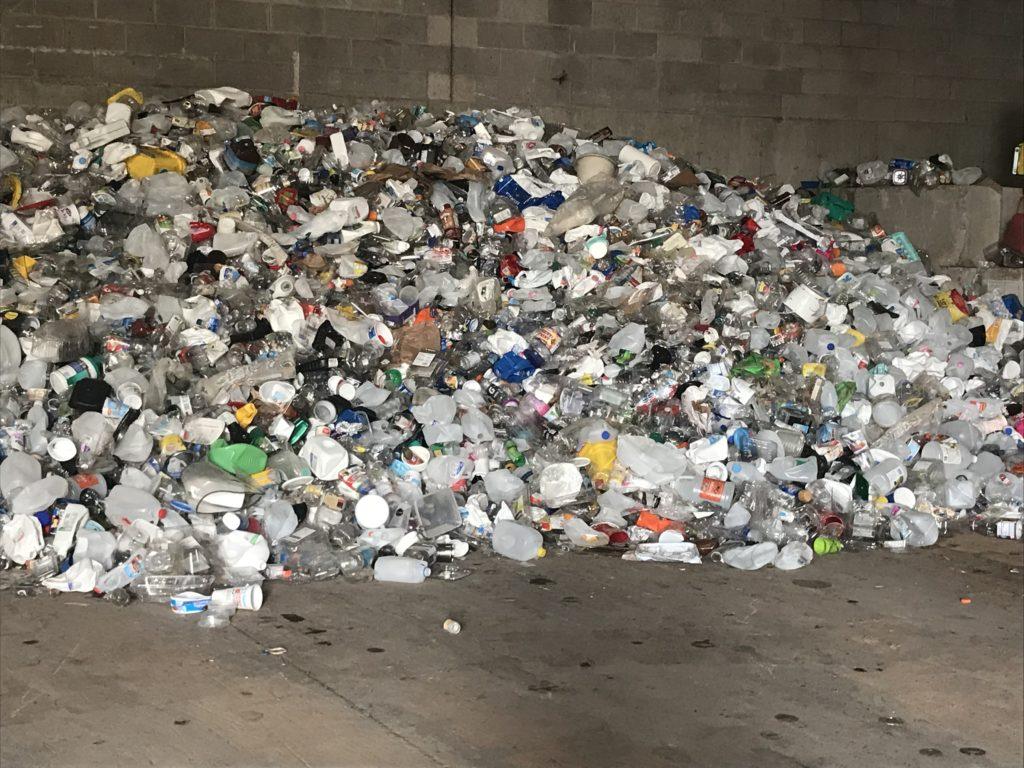 After receiving concerns over whether materials are actually being recycled or not, MCSWMA Director Brad Austin encourages residents to visit the landfill where he will provide a tour of the recycling process. The landfill is located at 600 Co Rd NP, Marquette, MI 49855. Photo by: Trevor Drew

The Marquette County Solid Waste Management Authority (MCSWMA) is continuing to deal with the aftermath following the announcement that glass would no longer be among recyclable materials accepted and that glass had not been recycled since 2012.

The material’s damaging effect on equipment, the contamination of other materials and worker safety were all cited by MCSWMA Director Brad Austin as reasons to not accept glass as a recyclable material, along with the lack of buyers in the area.

Austin said he couldn’t say why glass was listed as an acceptable material despite it not being recycled, since he came on as director in 2015, after the decision to continue its acceptance was made. However, he said he chose to keep glass listed as an accepted recyclable in hopes that after upgrading equipment, it could be feasible to process the material.

“I did not feel, at the beginning, that it was prudent to remove something from the bin without giving it its due diligence,” Austin said. “We have been evaluating every commodity that has come through here over the past two and a half years, glass included.”

While many community members were disappointed to see glass removed from the acceptable materials, the realization that it was never recycled has left some suspicious about whether any of the materials left on the curb are actually recycled.

NMU assistant professor of Spanish Amy Orf said she and her husband were avid participants in the recycling program ever since the curbside system was first initiated. However, since learning that glass had been going to the landfill, their attitudes changed, she explained.
“We felt betrayed,” Orf said. “It was kind of a slap in the face, quite honestly, and it makes us not really trust them. I mean, if they did that for five years, how do I know they’re recycling the other stuff?”

Austin said he had seen similar concerns from community members on social media questioning whether any recycling was really going on.

“It is happening, and it’s been happening from the beginning,” Austin said. “The authority’s mission is to extend the life of the facility. It’s part of the mission statement, and it’s something we take very seriously. Removing glass from the recycling bin was a difficult decision.”

To ensure residents that their recyclables aren’t going to the landfill, Austin encouraged those with concerns to come to the MCSWMA facility where Austin said he would be glad to provide tours to illustrate the recycling process.

“I think that is something that would be enlightening for folks, to see the process and what happens up here,” Austin added.

Orf said that she wasn’t sure if a trip to the MCSWMA site would help quell her concerns. However, she did have one suggestion.

“I’d like to see an apology,” Orf said. “It felt like the blame was being thrown on the community for being so foolish as to think that glass was being recycled this whole time when clearly it wasn’t this whole time.”

Austin said MCSWMA is exploring feasible markets but added it costs approximately $75 per ton for transportation to the closest vendor, which is south of Milwaukee.