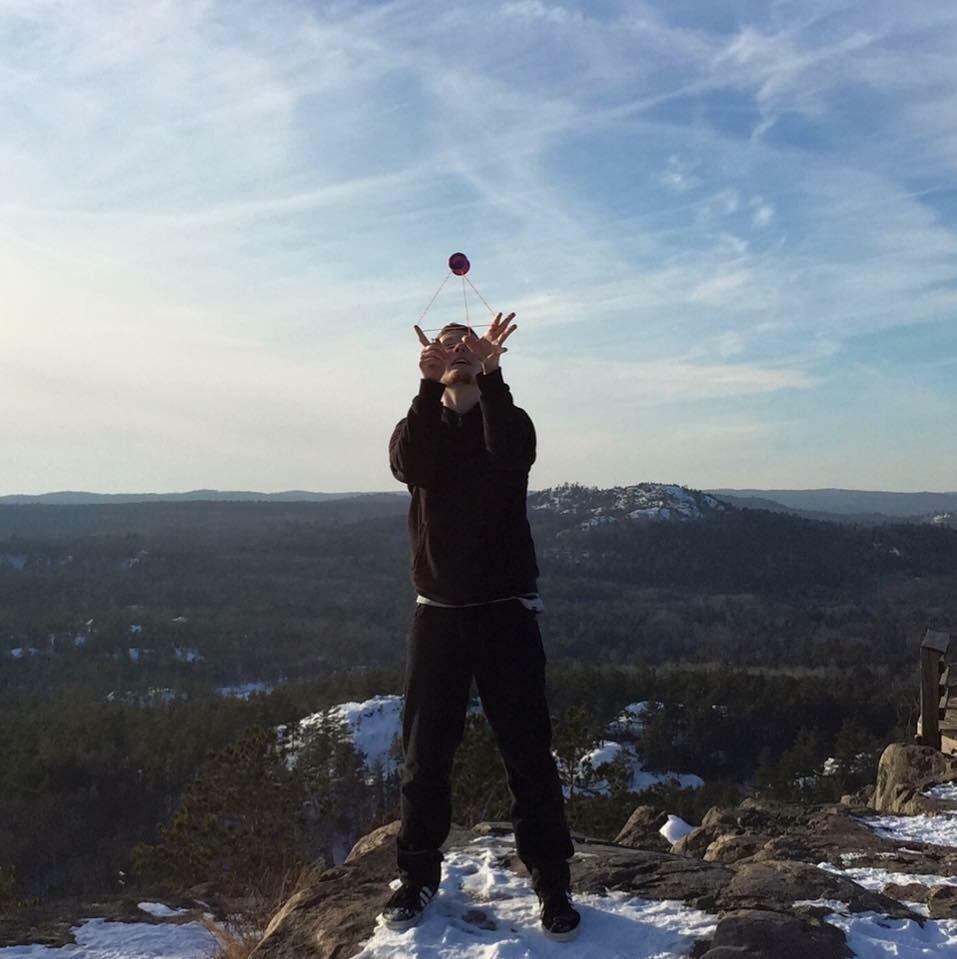 The story begins for Jordan Walker-Jenkins, a sophomore engineering design major, at about the age of 7. It was a warm summer day, as he and his family were on vacation in Florida. He was down by the pool where he became fascinated with the art of yo-yoing. A kid with braces was whipping his yo-yo around in all different directions. The yo-yo flew up in the air, and then back down into the safety of his hands.
Walker-Jenkins watched in a trance. It was that curious and baffled moment that he recalls as the first time he knew the capability of a yo-yo.

Walker-Jenkins locked this moment away in his mind for years. It wasn’t until about high school when he saved up for his first yo-yo, that he began to practice nearly everyday all through his junior and senior years.

“Around 2011, I really began to research the art of yo-yoing. I came across videos on the
internet of these guys doing crazy tricks. I knew then I wanted to be like them, and be able to do what they could do,” Walker-Jenkins said.

As he calls the Upper Peninsula a “yo-yo wasteland,” Walker-Jenkins said the yo-yo community here is tiny. Because of this, he has noticed he gets a lot of attention when he yo-yos around campus. When he’s not in class, he likes to practice about one to two hours a day in the Birch East lobby, or while he waits for the shuttle bus.

The Sault Ste. Marie, Ontario native hasn’t competed in a yo-yo contest yet, but his first one will be at this year’s Canadian National Return Top Championships in May held in Toronto, Ontario. The event gathers yo-yoers from all over Canada in which each competitor will perform a freestyle trick routine for national titles.

“I want to overcome that stage fright, and put on a performance that makes my sponsor and other people say ‘Wow he’s impressive,’” Walker-Jenkins said.

In his yo-yo career, Walker-Jenkins has attended a handful of yo-yo competitions nationally and internationally. One of them included the World Yo-Yo Contest in Reykjavik, Iceland in 2017. Here he met with fellow yo-yoers, and traded yo-yos with one another. Iceland is also where he got to see his favorite yo-yoer, Iori Yamiki, from Japan.

“He’s awesome. He goes really fast, but has a lot of control. That kind of control takes a lot of practice. He does it in a way that’s so masterful,” Walker-Jenkins said.

Along with attending contests around the world, the Canadian native’s hobby has gotten him a sponsorship from Return Top Shop, one of the largest yo-yo retailers based in Vancouver, British Columbia He helps to promote the shop through Instagram and YouTube videos.

During his first year at NMU, he helped to develop the NMU Skill Toy Association. This club on campus is inclusive to all hobbies that involve skills, such as yo-yoing and juggling.

“When we first started out, we had about seven members. But, over the past year it has dwindled down to just me. I don’t really have time for it right now, but I would like to expand the yo-yo community on campus,” Walker-Jenkins said.

Walker-Jenkins uses yo-yoing as a coping mechanism for dealing with stress. He admits that at most times his hobby can be frustrating, but it’s “ a-ha moments” that make it all worth it.

“It’s not just you having the hobby, it’s about sharing it with others,” Walker-Jenkins said.