Student EcoReps co-founder is so much, much more 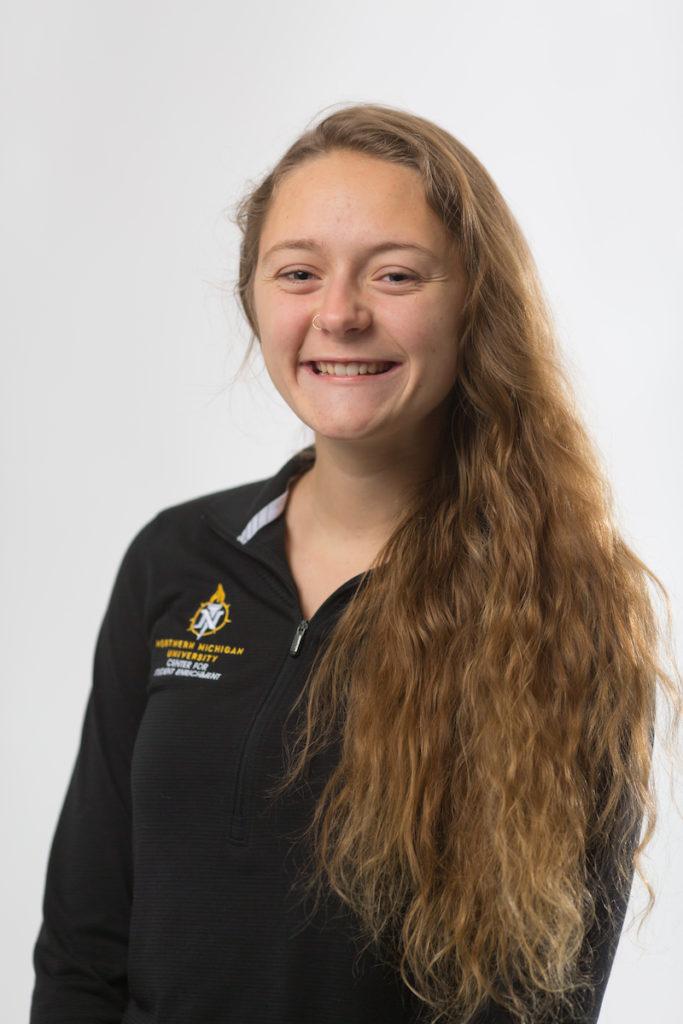 Who could possibly have time to develop and head a university group, hold events for students to learn about and participate in sustainability, study abroad three times and work in a volunteer center, all while getting a bachelor’s degree and applying for graduate school?

Georgia Harrison can. A senior biology major with a concentration in ecology, she founded EcoReps along with her best friend, junior environmental science major Olivia Walcott.

EcoReps is a peer-to-peer, university-funded program that gives students research and knowledge on sustainability, and raises members’ awareness about environmental, economic and social issues.

“I have this big vision that students who come to Northern in future years will be better set up with more resources, training, opportunities and institutional change, specifically for sustainability,” Harrison said.

Harrison will never be an official EcoRep herself, but it has been a good opportunity to grow and lead something that she won’t directly benefit from, she said. She and other EcoReps members hold events, carry out collaborative projects and represent the program at other campus and community events, such as sustainability week that was held at NMU.
Harrison expressed her pride in the things that will happen after she’s gone, thanks to everyone who stepped up and helped with the group, she said.

“I’m proud of the faculty members that stood up for us and made this a priority, and I’m really proud of the students that come out to events and show that sustainability should be a higher priority for all of us.”

All of her involvement in the community paid off: in 2017, Harrison was named a Newman Civic Fellow by Campus Compact for her efforts to raise awareness and increase student participation in sustainability practices. She is just one of only 273 students in the nation with this title. In addition, Harrison won the Board of Trustees’ Student Achievement Award, which recognizes students for their significant contributions to the quality of life at NMU through heavy involvement academically or extracurricularly.

In addition to working on EcoReps, Harrison also works at the Superior Edge Volunteer Center on campus as a student coordinator, which is a great opportunity for her to reach outside of the realm of her ecology research and chemistry classes, she said.

Harrison also does a lot of volunteering for her housing cooperative, the Marquette Climbers’ Co-op, by gardening and fixing things around the house, and she said she works on the house for the collective good of everyone living there.

“Sometimes I feel like my life is a sketch off of ‘Portlandia.’ I live in a housing cooperative and I yell about composting and sustainability at home,” Harrison said with a laugh. “It’s sort of ironic and funny how it’s worked out.”

It’s challenging to balance academics with all of her other work, along with having a social life, she said, but living in a house with her good friends has provided her with a great support system.

“Knowing the connections in the community and the support system it provides was really great for me, and going at things with a can-do attitude has helped a lot,” she said.
With all of the work she does on campus, Harrison still has had time to study abroad in Zambia, India and Guatemala, putting her knowledge of sustainability and ecology to use in each country.

Harrison grew up in her 150-year-old family farmhouse in the small town of Martin, Michigan, playing outside and going to a six to seven-week long summer camp. As she grew up, she began working at the camps, where she got a taste of being at a nature center and getting involved in environmental education.

Education was always important in Harrison’s life. She skipped a grade when she was young, was a drum major in high school and played basketball from third grade to her junior year of high school. After that time, she began to take courses at her local community college. During her senior year of high school, she was a full-time student at Western Michigan University.

“I was a giant nerd,” she said, laughing.

Harrison came to NMU because of their great extracurricular offerings, she said.

“I was able to focus on my academics and be challenged, but also have all of these great extracurriculars, which are what set my undergrad experience apart from maybe what I would’ve gotten at a larger, more prestigious university,” Harrison said.

With the little bit of free time she has, Harrison likes to ice and rock climb, hike and camp. When she’s looking to relax, she enjoys knitting and crocheting. In graduate school, she is hoping to use her rock climbing abilities to research cliff-based ecology at Appalachian State University in North Carolina.