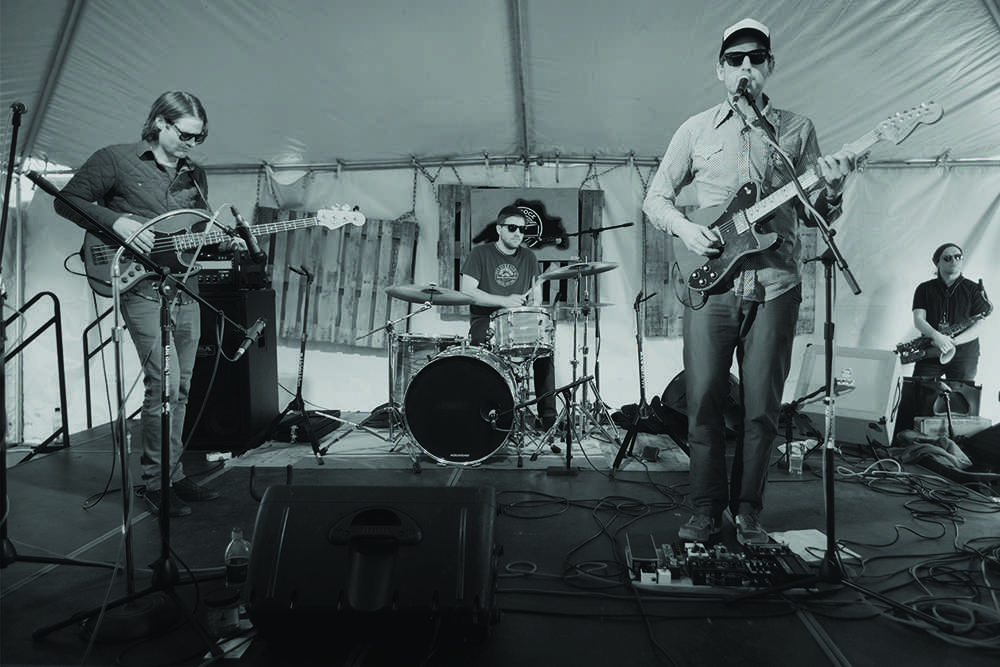 When a bear awakes after months of hiding in hibernation, it grunts and lets out a loud roar. As angry as it may be, the melting snow and sight of sunlight springs a feeling of excitement—or at least that’s how the Ore Dock sees it.

When people in the U.P. are buried beneath the snow for months on end, they also need to awaken their spirits. And what better way to celebrate the coming of spring than a festival.

The fifth annual Festival of the Angry Bear, hosted at the Ore Dock Brewing Co., will kick off 3 p.m. on Saturday, April 14 and the party will last past midnight. The event showcases an assortment of barrel-aged beers, live music and foods from local vendors.

With 18 different flavors of beer to choose from, there will be a little bit of everything people can choose from, said Adam Robarge, Ore Dock production manager. Some beers like The Montreal will feature an oak-aged sour, brown ale made with strawberries grown in the town of Chassell. Others like the Flaming June consist of a candied orange peel and star anise.

“It’s probably the most delicious offerings of beer you’ll have throughout the year,” Robarge said. “We’re still a small brewery, and for us to bring out six barrels of beer and share that with everybody is rare.”

The Angry Bear—the namesake beer of the event—is a sour brown ale with a hot, liquor taste, Robarge said. Unlike other beers, the Angry Bear was racked into red wine and brandy barrels, which was something the brewery never attempted before, he said. The idea was to “amp up” the beer to give it an “angrier taste,” he added.

With each year, the festival has become a highlight within the Marquette community, attracting outsiders as well, Robarge said. The festival will be “family- friendly” up until 7 p.m., when the cut off will be 21 years and over. A “Science on Tap” lecture at 3 p.m. will add an educational aspect to the festival and will focus on wolves on Isle Royale.

“Having this many awesome bands up in this area at one time is like Christmas for your ears. People should come see what all the fuss is about,” Wierenga said. “You’ll hear the roar whether you come or not.”

Outside Ore Dock Brewing Co., bands will play in a nearby parking lot on Spring Street under a tent. When the clock hits 5 p.m., the release of the Angry Bear beer will be led by a Mardi Gras-like parade presented by WhoDat Brass and the Angry Bear All-Stars.

Each year there is a costume contest. Many people come dressed up as bears, but all woodland creatures are welcome, Wierenga said. Prizes from Angry Bear merchandise to gift certificates from local businesses will be handed out, and there will be some surprises people can expect too, Wierenga added.

Though planning a festival takes time, the event wouldn’t prosper without the support of the community, Wierenga said. And seeing the smiles on people’s faces as they dance to the music is what matters in the end, he added.

For performers like Steve Leaf from Grand Rapids, this is the chance to “let the hair down” after a long winter without wearing “seven layers of clothing.” Leaf, who is a singer, songwriter and guitar player for his rock and roll band “Steve Leaf and the Ex-Pats,” said the environment in Marquette is just another reason they love performing in the U.P.

The Ore Dock is a “cool foundation” where it houses more than one kind of talent, adding people can expect some “killer bands,” Leaf said.

“I’m hoping to melt a few faces, get a few socks to dance off and bring a couple laughs. We love playing music, but we also like to bring a little bit of levity to the festival,” Leaf said.