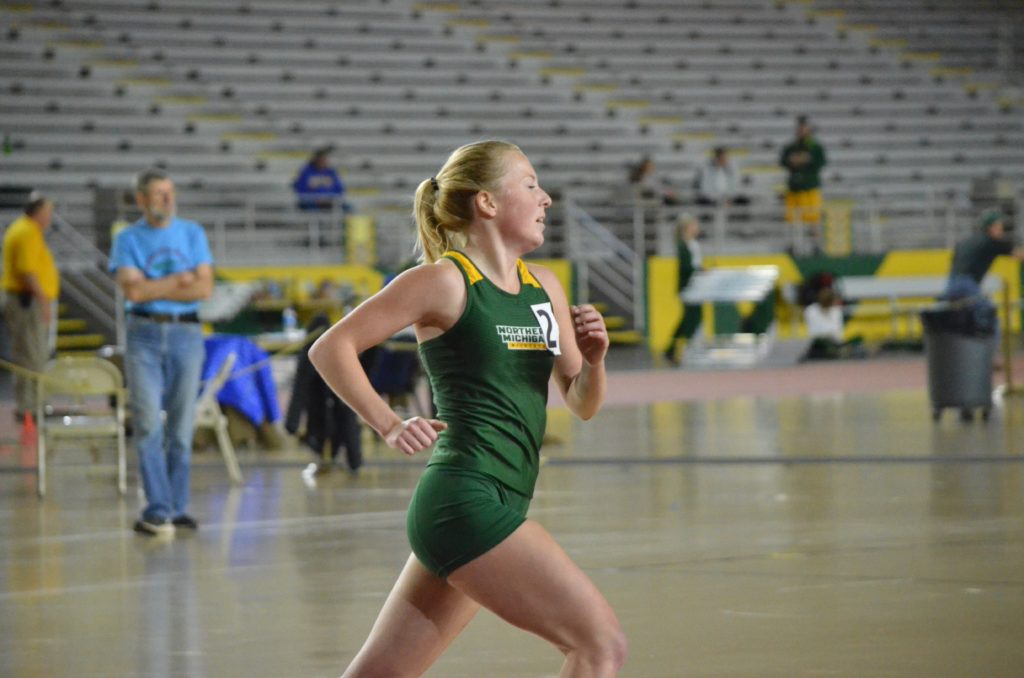 The bleak weather did not dampen the performance of the Northern Michigan University Women’s Track and Field team last weekend.

For the second-straight weekend, the Wildcats placed in the top spots in seven events in the non-scored Spartan Invite at Michigan State University in East Lansing.

“Even though it was a cold and windy day, I was happy with how the athletes performed,” head coach Jenny Ryan said.

Junior sprinter Jenna Long said the team hopes to get better as the season progresses.

“I think we have a lot of areas to improve,” Long said. “Knowing that we have a few warmer meets coming up, it’s exciting to know that our times will improve.”

“It was a really cold meet, so I wasn’t expecting to do my best compared to last year,” Long said.

Long ran with a chip on her shoulder, as she looked to build on her dominating performance from last weekend’s events at St. Norbert College.

Junior Paige Dutcher took the top spot in the 400-meter dash with a time of 59.09. Junior Shayla Huebner also earned a first place finish last weekend, winning the 800-meter run with a time of 2:18.02.

NMU swept the top three finishes in the 5,000-meter run. Sophomore Katelyn Smith won the event with a time of 17:59.09, 20 seconds ahead of senior Vivian Hett. Wrapping up for NMU in third place was junior Abby Fifarek with a time of 18:32.62.

Hett, who is best known for her accomplishments with both the NMU Nordic Ski team and cross country program, competed in her first collegiate track and field event.

“It was a good race since it is my first season of track,” Hett said. “Since I was on the skiing team, I’m used to the cold. It was actually pretty nice to be racing when it’s chilly and others were struggling.”

Ryan said that she knew that Hett had potential to be on the track and field team.

“She was on my cross country team for four years and I worked with her as a runner. I knew that she had the running talent, and as a skier, she had the aerobic fitness, even though she doesn’t run through the winter as much when she’s skiing,” Ryan said.

NMU’s lone team win was the 4×400-meter squad of McPeters and juniors Lynsey Collins, Dutcher and Huebner who continued to dominate the event, clocking in at 3:56.72.

“I think our 4×100 relay team could be a lot better than it was last year, especially in our handoffs,” Long said.

The Wildcats will be back on the road this weekend to participate at the Golden Grizzly Invite at Oakland University in Rochester Hills.