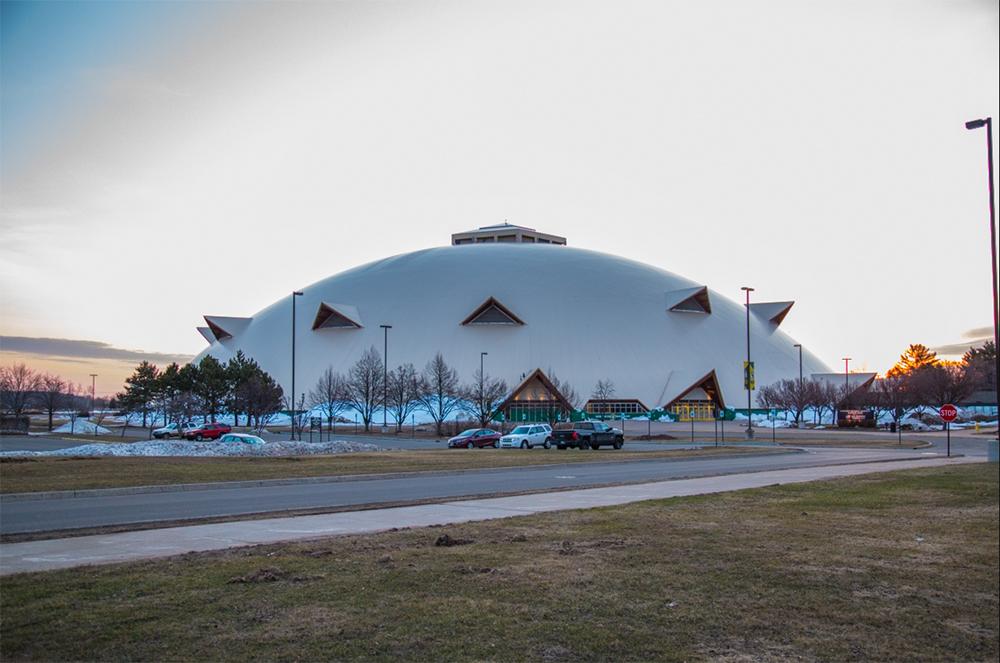 At 8:30 a.m. May 5, students and community groups will protest Gov. Rick Snyder speaking at commencement by gathering along Presque Isle Avenue and Fair Avenue by the entrances to the Superior Dome where the ceremony will be held at 10 a.m. Students plan on standing and turning their backs during Snyder’s speech. Photo by: Neil Flavin

As an act of protest during Gov. Rick Snyder’s speech at the May 5 commencement ceremony, some graduating seniors and students in attendance will stand up and turn their backs, according to a press release sent out by the student group organizing the protest.

The group also invited community members from Marquette and around the state to attend the commencement ceremony and join them in turning their backs during Snyder’s address.

Additionally, Flint Rising, a coalition that helps Flint residents
directly impacted by the water crisis, will attend the ceremony to stand in solidarity with student protest.

“It is an honor for me, and Flint Rising to stand in solidarity with the NMU students. This is the type of courage and integrity that it takes to move the State of Michigan from under the dark cloud that Snyder and his administration has left on our beautiful state,” said Gina Luster of Flint Rising in the press release. “Let’s not give a man a platform to speak at their commencement, who not only poisoned an entire city, but denied and lied about the role he had in it.”

Standing and turning their
backs was the best way to stand by their principles while minimizing disruption for students and attendees who wish to enjoy commencement, senior sociology and environmental science major and student organizer Nathan Frischkorn said.

“As a group, we’re not going to be booing. We’re not going to be holding signs, or walking out or any of that sort of thing,” Frischkorn said. “It’s a way to speak through silence.”
At 8:30 a.m. on that day, students and community groups will protest along Presque Isle Avenue and Fair Avenue by the entrances to the Superior Dome, where commencement will be
held at 10 a.m.

NMU Chief Marketing Officer
Derek Hall said he encouraged students who wish to protest to do so while showing respect to graduates and their families.

“This sort of protest is not new to higher education or commencements and is a minimally disruptive way for some graduates to express their feelings concerning the commencement speaker,” Hall said.

Because of the larger graduating class, NMU Public Safety is anticipating a larger turn out and because of that, people may notice more officers compared to previous years, Director of Public Safety and Police Services Mike Bath said.

“We understand there is going to be some protesting. Our intent is to work with that group and make sure everybody is safe,” Bath said. “That’s our job as the police department to make sure everyone is safe, and that they enjoy their time at graduation.”

Bath said protestors will not be allowed to cause any physical harm, prevent anyone from entering or exiting the building or block traffic.

There will also be a limit on what attendees can bring into the dome, Bath said. Guests are allowed a personal item 8.5 by 11 inches or smaller, which may be subject to search.