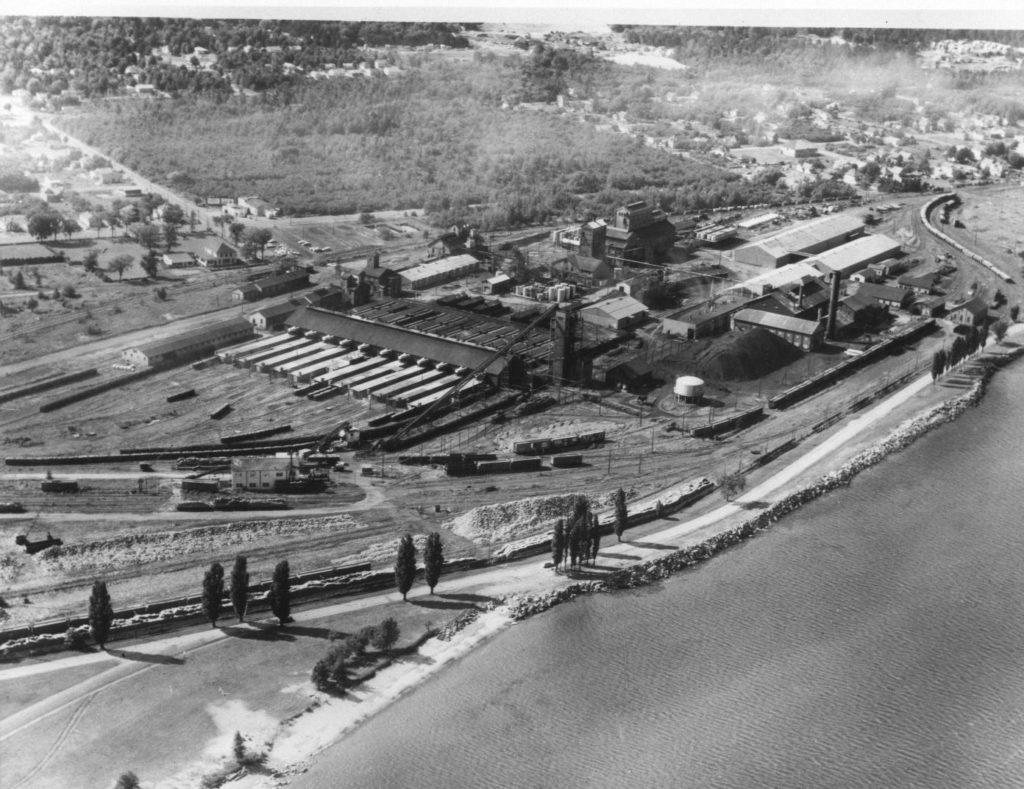 Pictured above is the Cleveland Cliff Mining Co. in 1960. The building is now the vacant Cliffs-Dow Chemical Co. which rests along the Lake Superior shoreline. The city intends to sell the property in the near future. Photo courtesy of Superior View

The City of Marquette will release an intent to sell form this spring for the Cliffs-Dow Chemical Company property along Lakeshore Boulevard that was bought by the city almost three decades ago.

The property, which was purchased by the city for $1 in 1997, began operation as a charcoal pig iron plant in 1903 under the Cleveland-Cliffs Iron Mining Company. In 1935, the Cleveland-Cliffs Iron Mining Company and The Dow Chemical Company merged and began to produce ethanol at the plant. Royal Oak Charcoal Company bought the property in 1968 just before the plant shut down for good in 1968, according to the Cliffs-Dow Company Records on the Central Upper Peninsula and Northern Michigan University Archives.

In exchange for the dollar, the city assumed some environmental responsibility for the property and has been working with the Michigan Department of Environmental Quality to meet their clean-up standards, said Marquette City Manager Mike Angeli.

“This included soil testing, soil monitoring, contamination monitoring, some dirt removal and disposal and things of that nature,” Angeli said. “It’s been going on for some time now.”

The city is currently unaware of how much the property will go for, but will consider all offers which would need to be approved by the City Commision and meet zoning laws.

“We have not had the property appraised, but in spite of its contamination, I would say that it holds some considerable value,” Angeli said. “I’m thinking it could be something like light industrial, or it could be some kind of housing or something of that nature.”

To prepare the property for sale, environmental monitoring has been taking place over the last few weeks, Angeli said.

“We’re near that end, but it all depends on how the monitoring shakes out,” he added.

If sold, some of the funds acquired from the sale of the property will be used to move Lakeshore Boulevard more inland to keep the road from sustaining further damage during storms.