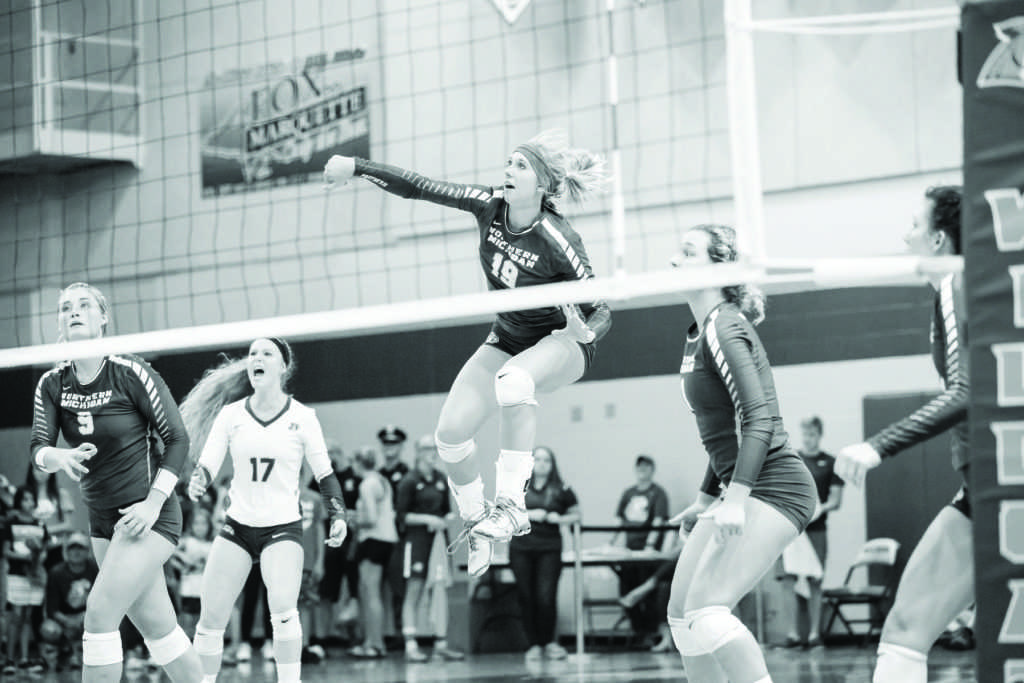 The Northern Michigan University Volleyball team split a pair of games this past weekend, falling 3-0 to Ferris State University on Friday night before defeating Northwood 3-2 on Saturday afternoon. After the weekend’s games, the Wildcats’ Great Lakes Intercollegiate Athletic Conference record shifts to 2-3 and their overall record to 10-3.

Friday’s game against the Ferris State Bulldogs saw NMU play a tight opening set, ultimately falling 25-23. The Bulldogs took sets two and three by scores of 25-19 and 25-17, respectively, handing Northern their third loss in a row.

Leading the way offensively for NMU was junior middle blocker Sarah Kuehn with 9 kills. Senior outside hitter Maggie Liebeck added 8 kills and sophomore outside hitter Leticia Antunes had 7 of her own.

Saturday’s game was much more competitive, with the Wildcats falling behind early in the first set, surrendering seven of the first eight points. NMU came back, however, and was able to win the set 25-15. The second set saw the Wildcats make mental mistakes early, allowing the Timberwolves to even the matchup at one set apiece.

Four players reached double-digit kill numbers for Northern, including Antunes with 14, senior outside hitter Autumn Monsma with 13, Liebeck with 12, and Kuehn with 10. Senior setter Lynzi Svoboda tallied 46 assists to go along with three serving aces on the match.

Senior defensive specialist Rachel Braunschweig is on pace to join the 1,000 assists club, needing only 37 digs to become the sixteenth Wildcat to do so.

NMU Volleyball is back in action at 7 p.m. on Friday, Sept. 21, when they host Grand Valley State University.
Fans can stop by Lot 21 to attend the Food Truck Rally and pick up free Wildcat gear.