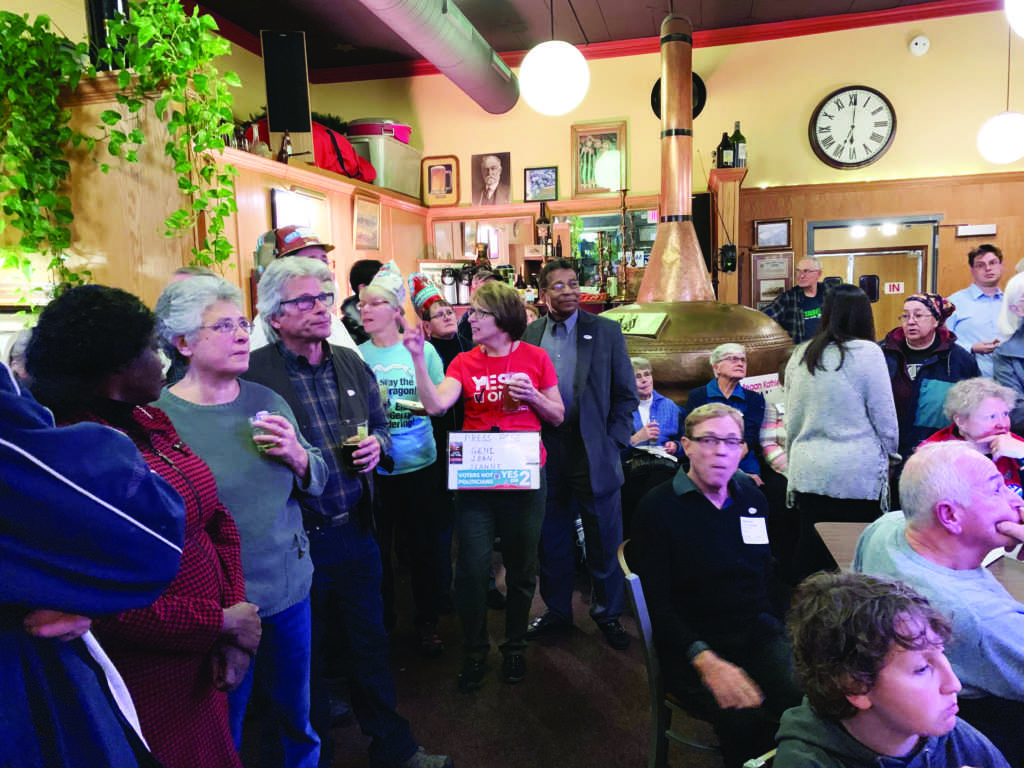 Incumbent Democrat Sara Cambensy was re-elected for the 109th District State House of Representatives seat with 21,567 votes, or 58.13 percent of the total vote, defeating Republican candidate Melody Wagner, who received 41.87 percent of the vote, according to unofficial election results from Michigan’s Secretary of State.
“Coming off of a special election last year, I feel like people remember me and they remember my platform,” Cambensy said Tuesday night of her victory. “We’re all feeling that now is the time to really make Michigan a state that works for the people again and if we’re focused on what the government can really do, which is to do the work of the people and provide services that we all need and rely on, we’re going to be OK.”

Republican Ed McBroom won the 38th District State Senate seat with 58,605 votes, or 54.5 percent of the total vote, beating Democratic candidate Scott Dianda and Green Party candidate Wade Roberts, who received 43.7 percent of the vote and 1.8 percent of the vote, respectively, according to unofficial election results from Michigan’s Secretary of State.

In Marquette County, which is one of the 12 counties in the 38th District, Dianda earned 15,691 local votes whereas McBroom received 13,516 votes and Roberts received 635 votes.

McBroom said in an interview Wednesday morning he attributes the victory to his record during his time in the Michigan House of Representatives along with “good work” across the U.P.

“People want definitive solutions, not just talking points, and addressing issues with concrete plans was critical for earning support,” McBroom said. “I’m so honored and humbled to have earned the trust from the people in this district, I’ll be working my hardest to represent them.”

Dianda, who is currently the state House representative for the 110th District, will be replaced by Republican Gregory Markkanen, who defeated Democratic candidate Ken Summers by 579 votes. In Marquette County, Summers beat Markkanen by 207 votes.

“Going into the second term will allow me to continue to work with others in a bipartisan fashion across the aisle to keep the promises I’ve made to the people of the 1st District,” Bergman said in a phone interview. “I’m trying to continue to set a good example for my constituents. They know that whatever I do is going to be moral and ethical.”

Polls in Marquette County did not reflect the results of the rest of the 1st Congressional District, which consists of 32 counties including the Upper Peninsula and a portion of the northern Lower Peninsula. According to the Michigan Secretary of State’s unofficial election results, Morgan won the vote locally by 16,978, or 56.99 percent, whereas 12,753 votes were cast for Bergman, or 42.81 percent.

“The good news is that we had a high voter turnout,” Bergman said. “Based on what we had seen, we believed the margin of victory was right within where we expected it to be.”