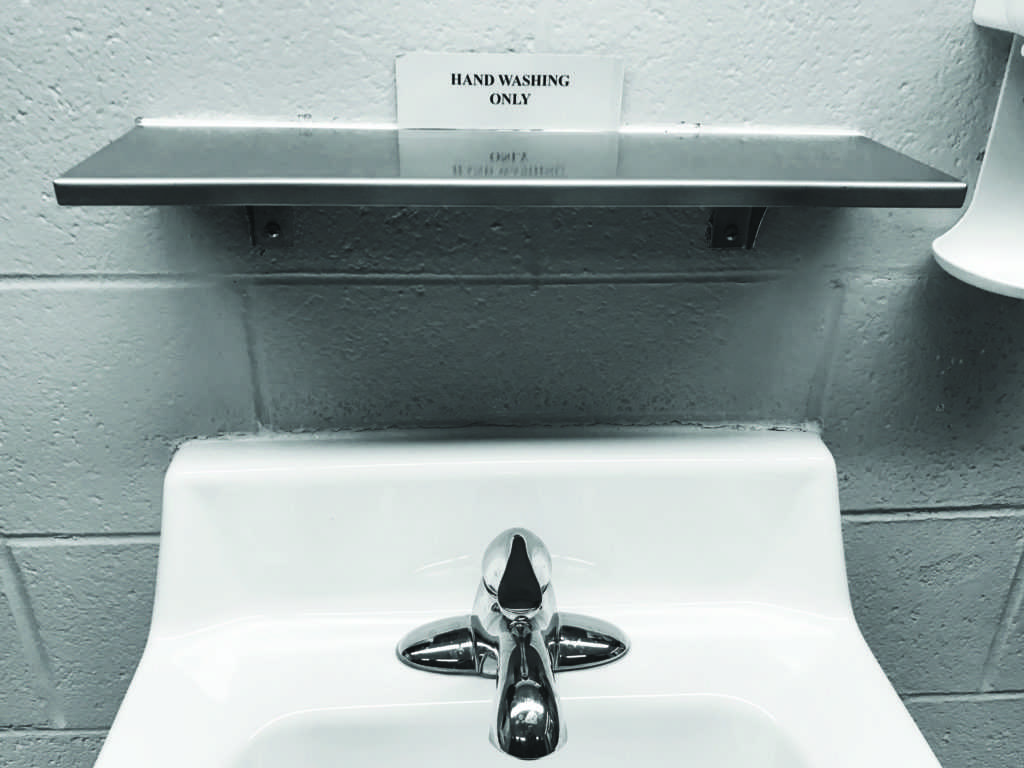 Testing conducted by TriMedia Environmental identified elevated levels of lead in many university buildings during the winter 2018 semester. The university created a safe situation with new water fountains and filters. Photo by: Kat Torreano

Engineering & Facilities and Public Safety are in the process of updating information
Four years after the news of the Flint water crisis broke across the nation, its impact still ripples in the minds of Michigan citizens.

Water safety has been a concern for many as they fear that what happened to the citizens of Flint could happen to them.
On Feb. 14, the Jacobetti Complex was abruptly closed when water testing showed
elevated levels of lead after a
water line was repaired.

According to the NMU website, independent testing was done on samples from different parts of the building. Two separate
laboratories showed the water to be within legal guidelines. The lead scare at the Jacobetti
Complex prompted the NMU administration to perform water testing at all campus buildings. On May 18 the Physical Education
Instructional Facility (PEIF), Learning Resources Center (LRC) and the Thomas Fine Arts Building were closed for extensive water testing.

The results showed that
several water fixtures in the buildings exceeded the federal action level of 15 parts per billion, which then prompted the university to
follow the EPA’s recommendation to classify all water in the building as non-potable and the school provided clean drinking water through the implementation
of water coolers.

Testing by TriMedia Environmental identified that the source of the lead was not in the main
water source to the buildings.The most recent update posted by the university on June 6
stated it expected to have potable water in the buildings by the start of
this fall semester. As of June 6,
no updates have been posted on the university website as
to what has been done over the
summer. NMU’s last update states that the university would be installing filtration systems, including new plumbing.
The North Wind reported on Aug. 30 many water sources were deemed safe for consumption with the installation of new
water fountains or filters.

“Long-term solutions are still being considered, but we’ve
created a safe situation for now,” Associate Vice President of Engineering and Facilities Kathy Richards said in August.
“Public Safety is in the
process of updating the website,” Richards said in a recent statement. “I would expect it to be done
by early next week.”