Wildcats eager to make a splash this weekend 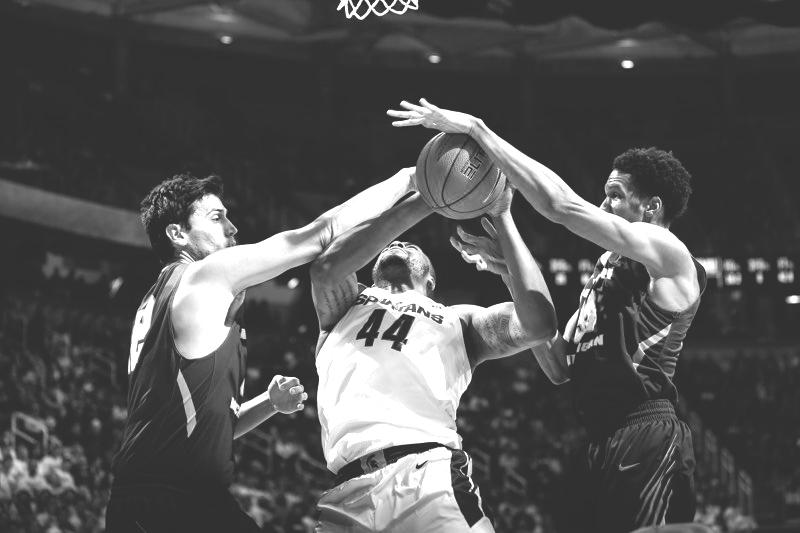 Last season, the Northern Michigan University Men’s Basketball team finished with a winning record and made the GLIAC tournament for the first time in a decade before losing to Ashland University in the first round in overtime. This season, they’re expecting to go deeper.

The Wildcats wrapped up their preseason stint with a 93-47 loss against Michigan State University and with a non-recorded Green and Gold Scrimmage at home.

“Regardless of the scores in those games, you’re still trying to run your stuff,” head coach Bill Sall said.

With the team picked to finish second in the GLIAC North division, Sall said he used those prior games to help analyze and determine what type of basketball team they really are.

“It’s hard to get a read on where we’re at right now,” Sall said. “The big thing is to get into a solution and see if we’re improving all the time.”

The incoming freshmen players looking to make an impact on the team are center Ben Wolf, guard Hart Holmgren and forward Naseer Turner.

“I know that overall our practices have been very good, especially with the improvement from a lot of our players,” Sall said. “I think now going into the real games, we will get to see some real competition and see where we really stand.”

NMU tips off their regular season schedule as they host the GLIAC/GVC Challenge. The action begins at 11 a.m. on Saturday, Nov. 10, against the McKendree University Bearcats followed by a matinee matchup at 3 p.m. on Sunday, Nov. 11, versus the Lewis University Flyers.

The ’Cats also have another home match up at 7:30 p.m. later in the week on Tuesday, Nov. 13, as they host the University of Minnesota-Duluth Bulldogs.

With the additional home games to start out the season, Sall said they will use those games to their advantage.

“It’s super important for us to have home games before conference season starts,” Sall said. “We wanted those games so we could get a really good feel of what’s like to play in there and all the adjustments we have to make to win.”