A wave of women returns to Marquette 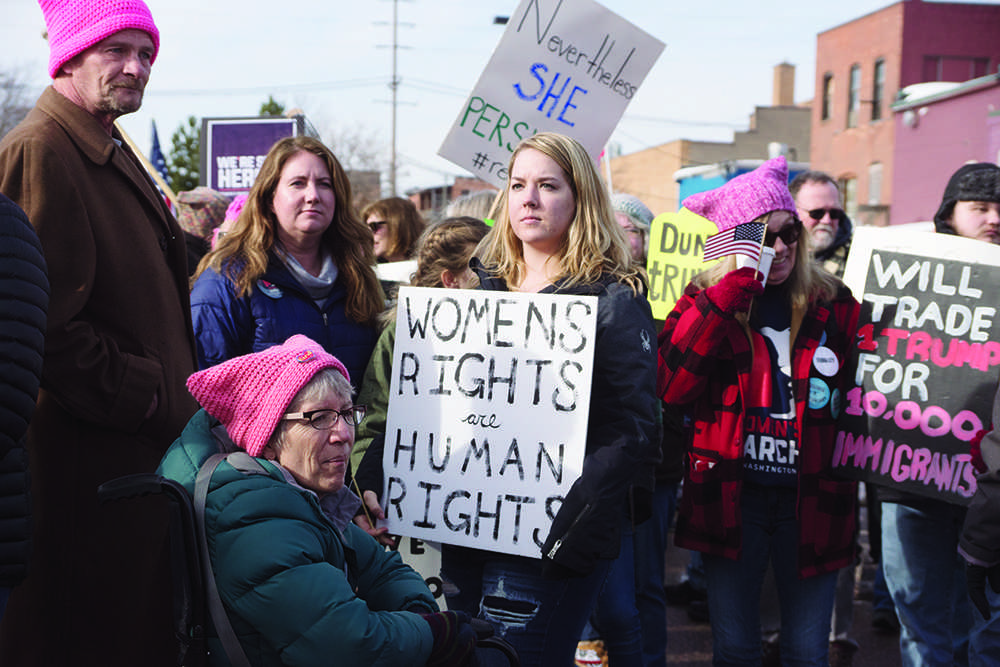 Supporters of the 2018 Women’s March rally on sidewalks. According to Women’s March Michigan, they are for a Michigan that respects and protects all its citizens that celebrates diversity and nurtures human potential. Photo by: Kat Torreano

Marquette will be washed over by a wave of women as the second Marquette Women’s March takes over the streets to bring attention to women’s rights.

Starting at noon vendors and informational booths will be available to provide education concerning many issues, such as reproductive rights and violence against women. Local resources will be set up at the Marquette Commons. Those interested in the march will continue up Front Street to Washington Street, then down to the post office. Local speakers will be addressing the crowd.

Senior public relations major, Chloe Gerathy has been a part of promotion coordination for Saturday’s event, which she said is something that means more than just trying to spread the word.
“Being a part of the Marquette Women’s March means connecting with women in my community and learning from one another’s experiences,” Gerathy said. “I feel so grateful to have been part of the planning process for an event as special as this.”

When it comes to bringing attention to Saturday’s march, Gerathy believes that the march will provide a time to bring people together and feel closer to one another about such a powerful political topic.

“It’s a great opportunity to learn about local women’s issues, connect with people from the community, and show support and solidarity to all women,” Gerathy said. “It’s sure to be a liberating and powerful event for all.”

Proceeding the speakers, from 2 to 5 p.m. NMU’s Public Relations Student Society of America (PRSSA) has helped to organize a post-march reception at Ore Dock Brewing Company that will feature a wide variety of speeches and local female artists from poetry to musicians.

For senior public relations major and PRSSA President Haley Bussell, being able to put together the reception and Women’s March Marquette is having a small part in civil history.
“The march was created to protect and empower the rights of civilians, LGBTQIA,
immigrants, workers and the disabled.” Bussell said. “I’m very proud to see three executive board
members of PRSSA come together to plan something so valuable to the
community.”