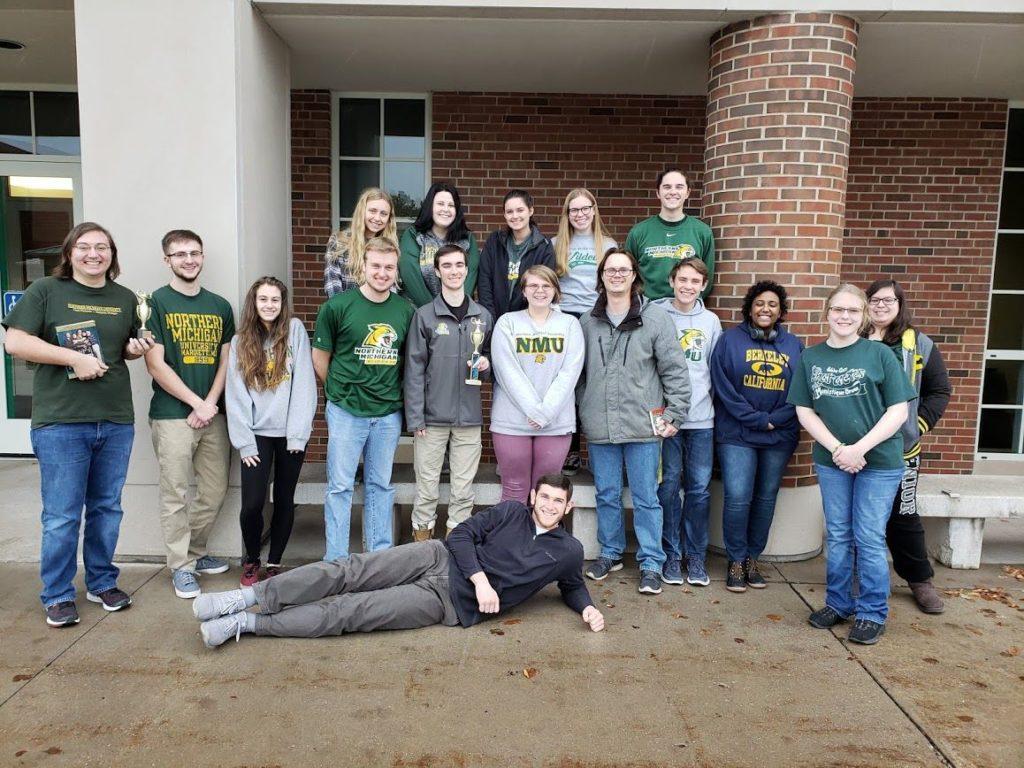 Two weeks from now, the NMU Quiz Bowl team will make the journey to Macalister College in St. Paul for the National Academic Quiz Tournaments (NAQT) Sectionals, their second competition of the year.

Almost 10 years ago, a student approached Spanish professor Michael Joy with the interest of starting a quiz bowl team. Having been on a quiz bowl team in high school, Joy worked to bring that opportunity to students at a college level.

“The team continues to grow,” Joy said. “When we started, we would have two-to-four students at every practice.”

The team practices four hours every week by answering hundreds of questions as fast as they can. Just in this academic year, the team has competed in 19 tournaments, the highest number to date.
This upcoming competition will give the team a chance to qualify for the national championship, where NMU normally has one of the larger teams. The last time NMU qualified for Nationals was 2014 and NMU Quiz Bowl finished in 26th place, right behind Cornell University, Joy explained.

With the growth of the team and the current 20 members since 2009, Joy said he can’t help but think back to his team that first started out.

“It’s extremely gratifying. The team continues to grow. It’s a lot of fun, competitive in a fun way,” Joy said. “The students like to learn things and share their knowledge.”

Quiz Bowl President and junior English major Eric Pitz sees the development from the growing team as something due to growing involvement.

“We’ve been able to pull together a strong team and make it something we haven’t been able to do in the past,” Pitz said.

With the pressure of competitions, Pitz still sees the team as the highlight of being a part of Quiz Bowl.

“There isn’t much I would say is incredibly stressful,” Pitz said. “There’s stuff to do but I’m not constantly stressed. It’s just great to be with good people.”

The Superior trophy, given to the best quiz bowl team in the U.P., has never left the display case in the Lydia M. Olson library.

“I hope to continue to beat Michigan Tech,” Joy said. “I think we have a good shot at getting back to Nationals in the next couple years and to have fun as we learn things.”