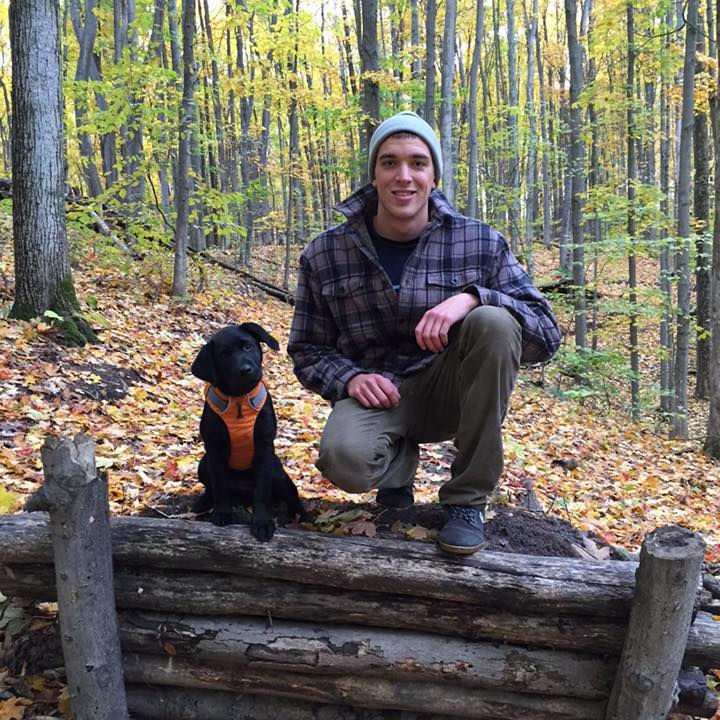 The chairs have yet to turn for new management recently hired at Marquette Mountain, a hang out space many ski and snowboard enthusiasts have been waiting to see positive improvements in.

Andrew Farron, 27, was recently hired as General Manager (GM) for Marquette Mountain, replacing former GM Frank Malette on Monday. A recent open letter penned by Farron was sent out to the community. It clarified news regarding a change in management and he introduced himself as one who’s traded his career in engineering to managing a mountain, a mountain that he said he believes has much potential.

The gist of the letter from Farron reads, “At the end of the day, this is your mountain. Yes, somebody owns it but your livelihood is heavily affected by it and you have plenty of power to change it.”

“We’re off to a slow start but we’re taking this time to do some restructuring,” Farron said in an interview, explaining that workers have made changes, such as digging into the terrain park and working on snow making. “As a manager, my time is best spent figuring out how to make other people work efficiently. So that’s going to be my focus, like what resources do we have in terms of employees, money and volunteers, and how I can best turn that into a finished product.”

Farron said the staff has stuck it out this year and it’s been effective working alongside them. Though Farron knows he’s the “new guy” in town, he said with patience, he has a vision for upcoming changes.

According to Farron, past management frustrated many, as some changes created by former GM Malette were a disservice to the community.

“[Malette] didn’t listen to the community’s input on what some things really meant to them and, quite frankly, it failed. It didn’t draw in the crowds he was hoping for,” Farron said. “He lost track of the niche market we have here.”

With the recent snowfalls, Farron said he hopes he will be able to cover the tracked out area they have prepared on the east side of the hill and it will be ready to go for the weekend.

“I’m super happy with who we have and what they’ve accomplished so far. We have a great staff and we’re ready to make some changes,” Farron said. “Hopefully I’ll get to show off everyone’s hard work soon.”

Farron plans to reevaluate the mountain, as their goal is to “make it fun” and a cool place to come hang out, he said. For those warming up inside, or grabbing a drink at the bar, action sports will be played on TV’s to provide viewers with more entertainment. Additionally, there will now be ski shots available to purchase, providing a unique way to drink with friends.

“The message I’m trying to send people is that this is a huge job and I’m learning more and more about it every day. The community has a ton of good ideas, and they’re all amazing and correct, but ideas are hard for us to develop into something that is feasible,” Farron said, adding, “If anyone can take it a step further and come up with a business plan or get a team together, that is what we’ll need to make ideas a reality.”

Now promoted to events coordinator at the mountain and a year-round position in marketing, NMU graduate Alexa Alagon has helped rearrange some things as well as helped with ticket sales and retail.

Farron emphasized to Northern students that Marq-Tran does offer students free bus rides from NMU to Marquette Mountain. At 2:30 p.m. on Fridays, students can bring their skis or snowboard onto the Marq-Tran bus from Lot 10 at NMU, arriving back around 9 p.m.

Once president of University of Michigan’s snowboarding club, Farron has experience putting together events and getting students together to see a positive impact in a community. He explained that he sees huge potential at the mountain and has summer projects in mind, perfect for students still around, that he could use help with. These include building a hut on the hill by the terrain park or even constructing a bonfire pit.

“Things like that I think can be really awesome additions to the hill that we’re simply not going to have the resources to accomplish on our own, but I have a vision for it and if anyone’s willing to help out, I think we can get together some pretty cool stuff,” Farron said. “I’m all yours in any way that I can help to get more students here. It’s a long winter, and I know a lot of people really enjoy skiing and snowboarding.

I’m trying to make it a well-rounded mountain. I’m a big snowboarder and I think I can relate to a lot of the students there and understand what they’re looking for and hoping for out of the mountain and I think if we work together, we can accomplish quite a bit. Stay tuned, there will be a lot of cool things coming up. We have a lot planned and a lot of work to do.”