Commission opts out with narrow vote 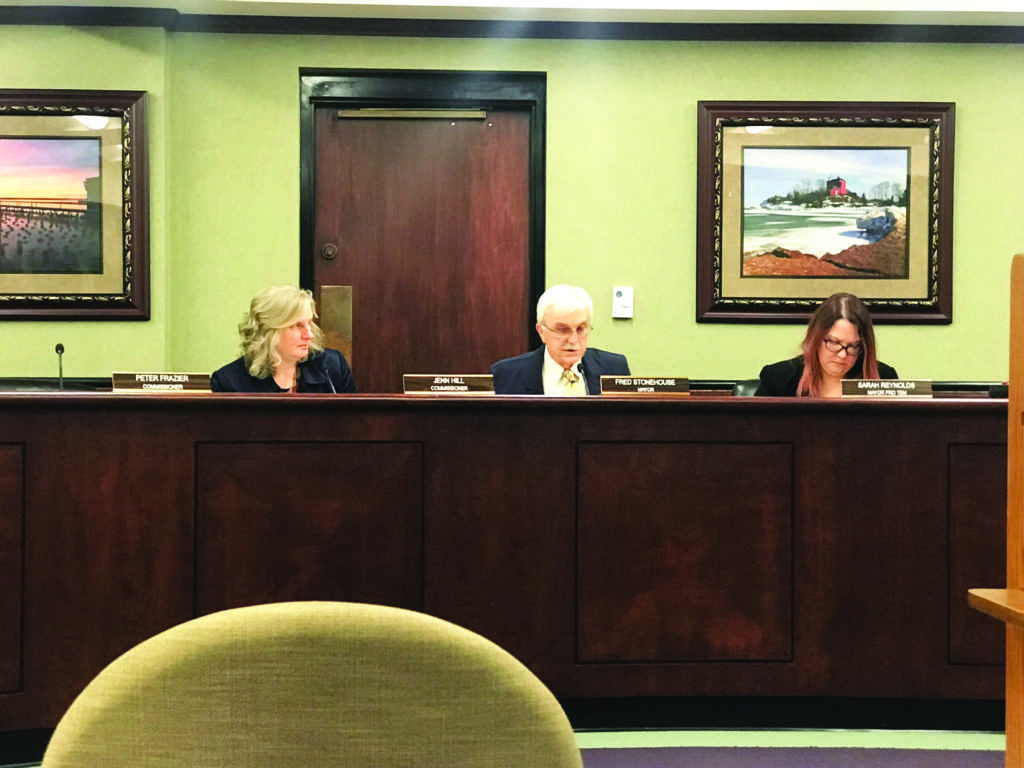 The Marquette City Commission voted 4 to 3 to opt out of the ordinance to allow commercialized recreational marijuana sales. Photo by Kelsii Kyto

NMU students and Marquette residents filled the City Commission chambers to voice their opinions about the benefits and challenges of recreational marijuana bringing sales into the city.
Several NMU students, many studying medicinal plant chemistry, spoke about how they felt it was in Marquette’s best interest to allow commercialized sales of recreational marijuana to provide opportunities for students entering this field.

NMU is currently the only university offering this program, so this graduating class will be the first with degrees in this field and the program has drawn in students from around the country, but without opportunities, these students will have to look for work elsewhere.

“The community will struggle if the youth abandon it,” Cody Mayer, junior economics and public administration major, who is running for Marquette City Commissioner said. “It’s something we need to consider.”

It was also noted that medicinal plant chemistry students are well versed in cannabis commercialization and can help the city in the process.

“You have the experts in this room who have been working on cannabis commercialization,” sophomore public relations major Andrew Lorinser said. “I implore you to bring more people to the table, people like the students here. [Let’s] make this work for Marquette,” Lorinser is also running for City Commissioner.

There was a comment from Marquette resident, Denise Lovelace, about the unintended consequences of commercialized marijuana sales such as increased crime rate.

After the public comment discussions concluded, the amended ordinance for the opt out was read and attendees were invited to speak once more, opening the floor to 16 more comments, including comments from NMU chemistry professors Lesley Putman and Brandon Canfield.

“I’m kind of dismayed, this opting out, I don’t really understand,” Canfield said. “It feels like a rush to take action when the debate is outside of what the actual issue is, which is granting business licenses. It feels like this debate is something that has already been settled following the electorate of prop 1.”

The final comments concluded and Commissioners voted 4 to 3 to opt out of the ordinance to allow commercialized recreational marijuana sales with Commissioners Jenn Hill, Jenna Smith and Pro-Mayor Tempore Sarah Reynolds opposing the opt out while the remaining four members were in favor.

“I do not believe the city is against marijuana usage or marijuana establishments. We’re not trying to hinder them or stop them from coming in. The issue tonight is not about growing it, possessing it, or using it,” Commissioner Dave Campana said. “The issue tonight is an administrative issue.”

The main reason the four commissioners voted to opt out was to protect the city of Marquette from any potential issues before the state adopts its own regulations, Commissioner Paul Schloegel said.

“I don’t want people below the bridge dictating how we have to set up our own pot regulations,” Schloegel said. “That’s the only reason that I want to opt out. It’s going to give us time, without being held, that if tomorrow, the state of Michigan drops a pile of crap in our lap that we have to abide by without having our own say.”

Commissioner Hill stated how she needed more time working with the subject.

“The city staff is diligently working on this but the public process is not clear. I’m on the commission and I don’t know what the public process is,” Commissioner Jenn Hill said. “I understand now that it is apparently my obligation to make that clear, well, we’re gonna have to have work sessions where we can just talk.”

All commissioners noted the high turnout of students and residents and commended their efforts to get their voices and opinions heard at the forum.

Mayor Fred Stonehouse said how it was a great learning opportunity to have so many people speaking at the meeting and seeing how local government works. He also noted how the university needs to be a part of the discussion as well.

“The university needs to be a part of this, not just the students. NMU, with its marijuana program, ought to be leading the pack on this,” Stonehouse said. “The university has opted out of marijuana, [they] refuse to have it on campus. That’s called opting out. If your questions are directed at us about why the city isn’t going quicker, you might ask that same question to the university, why aren’t you going at all?”

The day after the meeting, in an email to The North Wind, Lesley Putman said the university is not a municipality so it does not have an option to opt out and said that opting out of the ordinance is not about recreational marijuana usage, it is about businesses involved in the cannabis industry. Putman also stated how some did not appear to have a good understanding of the issue but appreciated their efforts to create a dialogue.