Bring on the Eagles 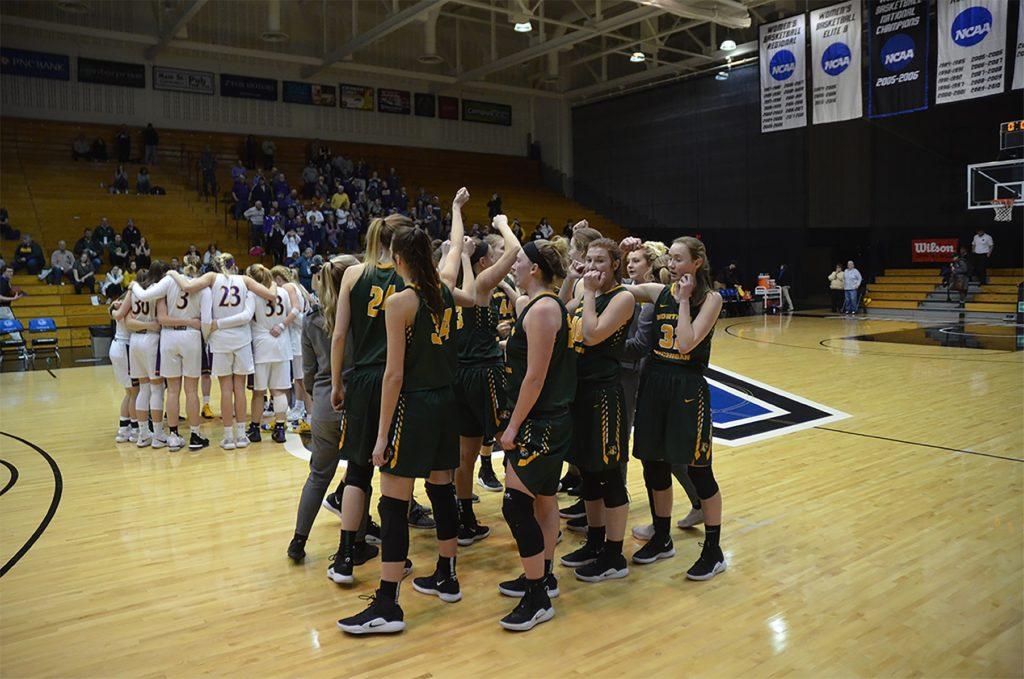 Against the Bulldogs, junior center Jessica Schultz finished the game with 19 points and a career-high of 13 rebounds for the second double-double of her career. Junior forward Erin Honkala added 12 points and five rebounds. Senior guard Sydney Dillinger and sophomore guard Elizabeth Lutz notched 10 points each while senior guard Darby Youngstrom finished the night with six points along with seven rebounds and seven assists.

In the semi-finals on Saturday, the Wildcats upset the No. 7 ranked Grand Valley State University Lakers 47-38.

Northern fell behind 11-0 after the first quarter against Grand Valley State but stormed back to win the game.
“We just out played them,” head coach Troy Mattson said.

In Sunday’s championship contest, Northern ran into their second straight top-10 opponent, the No. 6 ranked Ashland University Eagles and fell in a close matchup 65-58.

Against the high-flying Eagles, Northern kept Ashland to their second-lowest offensive point total of the season but were unable to pull off the upset.

After the first quarter, the score was 16-16. The Eagles gained a three-point advantage heading into halftime with the score at 32-29. In the third quarter, the ’Cats cut Ashland’s lead to two and NMU went into the final quarter trailing 46-44. The Wildcats couldn’t close the gap before the final buzzer and Ashland won the GLIAC championship 65-58.

NMU lost both matchups against the Eagles this year, falling 71-55 in Ashland then again 65-58 in the GLIAC championship game.

Youngstrom and Schultz made the GLIAC all-tournament team.

Despite the second place finish, NMU earned a berth into the NCAA tournament.

This is the first appearance in the NCAA National Tournament for the women’s program since the 2013-14 season. It will be the 14th appearance in school history.

“It has been a grind so we are quite ecstatic about that [making the NCAA tournament],” Mattson said. “My hat goes off to those girls.”

The Wildcats, as the number five seed in the Midwest Region, will take on the number four seeded Ashland University on Friday, March 15 at Drury University. This game will be a rematch of the GLIAC conference finals.

“Now that we have two or three days to prepare, we may be able to slow them down a little bit more which would be advantageous for us,” Mattson said.