Life in design: the unison of two passions 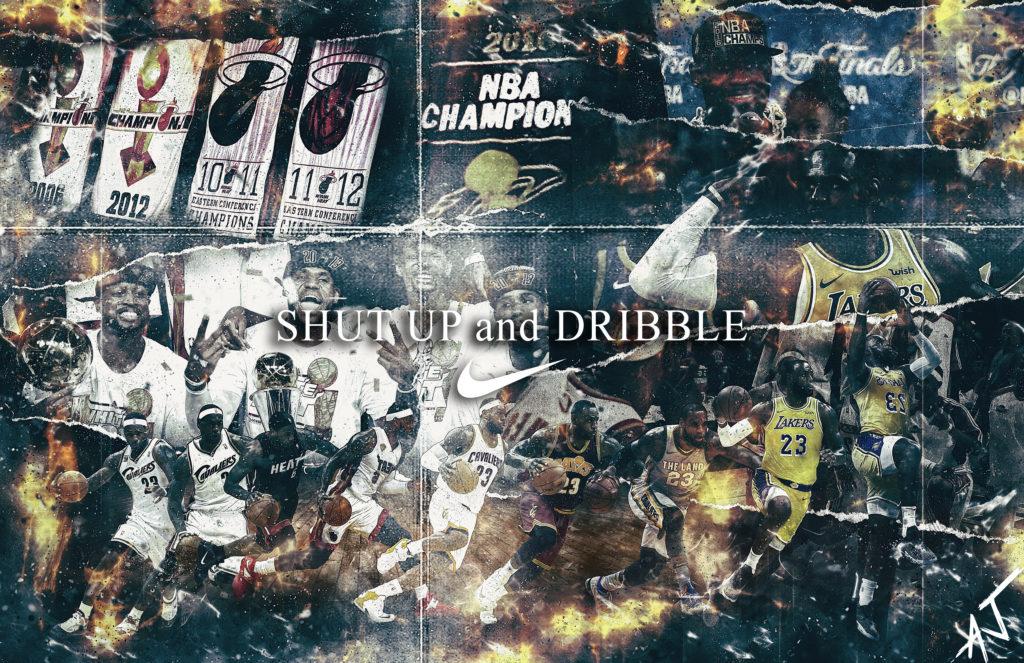 On certain days, a man in a winter hat enters the Northern Michigan University’s Art and Design Building’s lighted studio behind Spooner Hall. He listens to pitches that his models have in mind, goes on the computer and sets up the filters. Then he sets up the studio in front of them, and lets them model in front of the camera.

Former NMU football player turned photographer and senior graphic design major, student Allante Jackson, is trending as one of the young popular photographers on the campus. His rundown goes as getting to know the person whose photos will be captured and they go step-by-step through the photography process.

“My approach to photography is more depending on the person. We usually talk about what they are comfortable doing and we’ll go from there and make the project,” Jackson said. “When someone contacts me with something in mind, I’ll try my best to execute what they want.”

After he wrapped up his football career being a walk-on recruit, Jackson dedicated his time to his second love of art and expressing his creative vision through photographing models and a few NMU athletes. Jackson aims to have a career working at a sports graphic studio somewhere in the United States.

“I’m just hoping I can get into a gig like at ESPN or with people I follow on Instagram or someone that does sports art stuff,” Jackson said.“When I reached that point in which I believed my football career was going to be over, I wanted to do something in which I love doing and that is expressing my creative side.”

Most of his designs focus on body appreciation and positivity, and expression of the human mind. His vision of body positivity involves people, specifically women, believing they can feel comfortable about themselves and their bodies. He has captured photos of models that were either fully clothed or nude. His most recent photos are his own version of ESPN Magazine’s “The Body” issue and his inspirational “Confidence” shoot for promoting awareness for sexual harassment and assault. His pictures usually come in a variety of styles and filters, such as in black and white, color, and on the green screen.

NMU exercise science graduate student Angela Brown, was Jackson’s first model in the ESPN-style photo shoot. She was photographed completely nude, holding only a rugby ball. At the time, she said she felt nervous and was self-conscious, but was grateful Jackson went step-by-step with her and made her feel comfortable in the studio.

“Allante is a very welcoming and a non-judgemental person. He made me feel comfortable through the entire process,” Brown said. “Once I saw the photos, I was completely transformed; they were beautiful.”

After seeing her finished photos the first time, Brown said she eventually requested to do the shoot again.

“I loved how I looked and I embraced my body, which is why I did a second ESPN shoot, and I had the same reactions to those photos,” Brown said. “His photography has helped me develop a love for myself that I’ve never experienced before.”

He hopes his current works will lead to making his own covers of NBA 2K games and posters for movies. He imagined doing them after playing his favorite music on his phone and video games at his apartment on his off days. Jackson created mock-up covers for video games early in his graphic design career by transforming it into something modern. Jackson’s Instagram page, ‘Designed by Tunch,’ displays his most recent developed projects either on his main posts or on his 24-hour viewable stories. These stories include athletes from the NMU men’s and women’s Rugby Club teams and National College Football Signing Day recruits that held their event last January. The most notable graphics he designed were for those football commits on Signing Day. NMU Football Running Backs and Linebackers coach Scott McDougall, whom Jackson worked for during summer football camps and practices, recruited him for the graphics job.

“He does good work, really good work. His attention to detail is phenomenal and his expertise in football is the reason why we hired him,” McDougall said. “When we revealed the graphics customized by him, the recruits loved them and the coaching staff were blown away. I could do it, but he’s on a whole other level.”

A lot of his featured artwork came in on his own web page on the Raw Natural Born Artists’ “We Dig the Underground” tab in his profile. Jackson’s works have inspired other media-related personalities to create their own path of embracing photography and media technology. Founder and operator of 96 Productions on YouTube and NMU senior new media technology major Da’Vante Wade said he and Jackson have worked together on projects off-campus, and influenced his own path.

“He has taught me a few things and definitely gave me some perspectives and view of the art side. He also [helped me] network,” Wade said. “In return, I gave him some tips on how to edit photos and videos.”

Wade said he can be a perfectionist, but sees a silver lining in him.

“The [dude] can be hard on himself and expects perfection, but he is very goal-driven and does not slack off,” Wade added.

As much as he is helpful and respectful to models at shoots, Jackson said he is a perfectionist and he’ll do whatever it takes to enhance his photos.

“I’m a firm believer in whatever work you do, you can always get better because if you are satisfied with everything, you can lose compassion for it,” Jackson said.