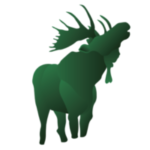 Life after legalization, part two of a three-part series

It is a common myth that NMU’s medicinal plant chemistry major solely revolves on growing the marijuana plant, but one student proved the cliche wrong by moving across the country to learn all about the business of selling medicinal plants.

The major includes an entrepreneurial track, which helps students learn about the business and accounting side of selling medicinal plants. The other track is bio-analytical, which focuses on advanced topics of chemistry and biology, according to the NMU medicinal plant chemistry website.

Junior medicinal plant chemistry major Esther Houck moved from California to specifically go into the entrepreneurial track, which was the track that felt more relevant to her. Houck is currently taking accounting classes for the major. Next semester, she will be taking business management classes.

“It was enough of a foundation that I knew I could be a successful business person on my own without working for someone else,” Houck said, adding that she sees herself doing independent consulting after she graduates.

“It’s good to know how to successfully operate a business, which is essentially what this track is setting you up for,” Houck said.

With a previous career in law enforcement, Houck managed the evidence room for the district attorney, and was always around marijuana and other harder drugs like
methamphetamine.

“I was sitting at work one day and I had six pounds of pot sitting on my desk. It was like the light bulb went off over my head,”
she said.

After she learned of the medicinal plant chemistry major at Northern, Houck decided it was time to take the risk and move to Michigan. Many of her coworkers assumed that the major was just about growing marijuana, which is obviously not the case, Houck said.

“I left a good job in California, cashed out my pension, drove my little Honda across the country with my cats and I’m a Michigan resident now. I am out on a limb,” Houck said
If the business of marijuana does increase like Houke thinks, there’s going to be a need for quality control and regulations, she said. Product needs to be consistent and in parameters, she added.

“Even within law enforcement, they need to find a way to do THC testing like you have DUI testing,” she said.

Houck is not a regular user of marijuana, but she is willing to work with growers and figure out how to manipulate the plant’s genes to get the right traits.

“Eventually, there’s going to end up being a Walmart of pot. It’s inevitable,” she added.

Although the legalization of marijuana has not affected the way things are taught in the major, Houck is still unsure what the future will look like for marijuana.

“I don’t know what will happen in the next four years. It could be federally legal, and that will open up more opportunities,” Houck said. “On the other side of the coin, something could happen and [the legalization] could be completely shut down. That will never happen, but also it could happen.”

Whatever happens, though, Houck will still have a chemistry degree, Houck said. The business side offers important life skills in general, she added.

“Even though I don’t know where I’ll land when this is done, I feel like I’ll land on my feet,” Houck said. “It’ll be due to NMU putting a lot of thought into how both the tracks are set up.”