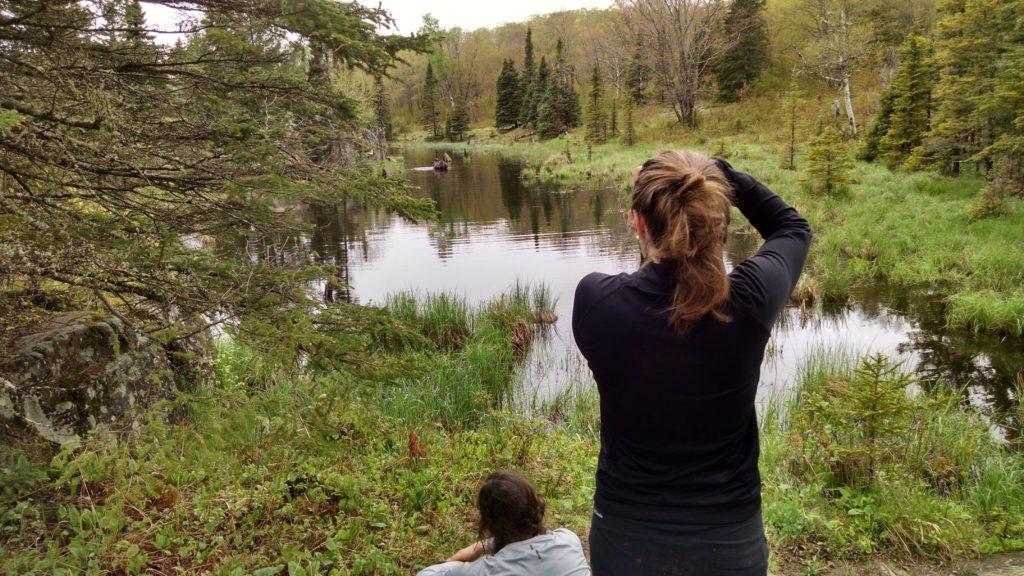 A dog sits atop the highest peak in the land, it’s eyes scanning for any potential threat to the natural landscape it protects. On its collar reads “UPEC.” Like the furry protector, the Upper Peninsula Environmental Coalition (UPEC) serves as the watchdog for all environmental needs that the U.P. has. Initiated in 1976, this 501(c)(3) grassroots organization aims to preserve the “unique cultural and natural resources” of the U.P. through education and promotion of sound land stewardship and communication with others who share the land, as described in their mission statement.

UPEC is composed of several hundred members spanning from each cardinal direction in the U.P., including NMU alumn Karen Bacula, former board member and retired teacher at Marquette Middle School. She explained the organization is stretching from only watching out for environmental issues to supporting people who are educating about the area, adding it’s a “great fun mix with lots of energy.”

Although UPEC’s main focus is on protecting natural landscapes and environmental sustainability, Bacula said the coalition does not ignore all other aspects when faced with an multifaceted issue.

“When you go into an issue you have to take into account the social, economic and justice aspects,” Bacula said. “It just depends on which hot topic you’re discussing.”

UPEC has tackled many “hot topics” since it’s fruition in the 70s, such as fighting the Navy’s Extremely Low Frequency (ELF) submarine guidance system that would send off electromagnetic radiation, as well as pushed for zero discharge of toxins into the Great Lakes. Bacula did not witness any big lawsuits during her time on board, but said she clearly remembers when the Eagle Mine was introduced to the area.

“For me, that was hard to see but I’m also in the understanding that if we’re going to have things like phones and paper, how are we going to start figuring these things out? We as people are at a real complex point between what we want and what we need,” Bacula said. “You can’t separate environmental impacts or economic ties because they’re all connected to one another in a very complex web.”

As an environmental educator, Bacula plays devil’s advocate with kids who are passionate about saving something, but also urges them to think about the entire picture. Such as, how sending the information out with their phone has environmental impacts as well and to understand those ties.

Bacula said she has learned to pull politics out of environmental education. Instead, she focuses on the science.

“The soil, water and air, plants and animals are all connected. We say, ‘oh we’re just cutting the trees,’ but what we’re learning is that effects the soils and what comes back and how they interact with one another. I’m trying to look at those systems and tiny pieces and see how connected they are,” Bacula said.

In UPEC’s decades of citizen activism, we have organized dozens of educational forums, including hosting the 11th annual Celebrate the U.P. event. to be held at 9 a.m. to 5 this Saturday in various locations throughout Marquette.

Celebrate the UP event
Celebrate the Wild UP event has been held in various locations across the U.P., but now it’s Marquette’s turn to host. UPEC members have polished up their presentations and shined up their speaking voices for the 11th annual event.

Environmental issues can seem heavy and dark, Bacula said, thus springing forth the conversation about celebrating the U.P and reasons to step up for it. The free event will be held at 9 a.m. to 5 p.m. this Saturday in various locations: the corner of Ridge and Front Street, the Women’s Federated Clubhouse, the Landmark Inn and the Peter White Public Library.

“The idea is to have a day and an evening where we purley celebrate the people and things we have here, because we can come to better conversations [about the environment] by celebrating it,” Bacula said. “There’s a blend of people and ideas up here, both supporting the environment and question some of the environmentalist views, because jobs and livelihoods depend on it. But in the end we all need the exact same things, clean air and water.”

Young souls, old souls and inbetween souls attended the event in years past, as the variety of topics draws in different people, Bacula said. Discussion panels from Activate the U.P. will inform about the potential industrial wind power plant in L’Anse Township and state owned mineral leasing. Morning and afternoon speaker sessions will range from topics that discuss Finnish-American burbot fishing, a married couple’s last canoe trip around Isle Royale, painting in the wild U.P and several film screenings.

“I’m intrigued by burbots so this is a film panel that I’m excited to attend,” Bacula said. “Some people catch em and say, ‘oh, junk fish, and other people catch em and love em’. It’s interesting because here we have this species of fish that no one ever talks about.”

Bacula said the passion speakers have for their topic trickles into their presentation, so it’s not like sitting in a lecture. Among the afternoon speakers, NMU emeritus Phil Watts and longtime rock climber will speak on the history of the nooks and crannies of climbing areas.

“It’s a very upbeat thing. It’s amazing, powerful, beautiful. A lot of people look for other places for adventure, when this place is full of adventure and subtleties and people with incredible knowledge,” Bacula said. “[The purpose of the speakers is] to take those unsung heroes or people who are famous for doing their thing and to bring them out and share them with everybody.”

Like the dog sitting atop the hill, Bacula said the Celebrate the UP event aims to inform attendees on why they should watch and what needs paying attention to.