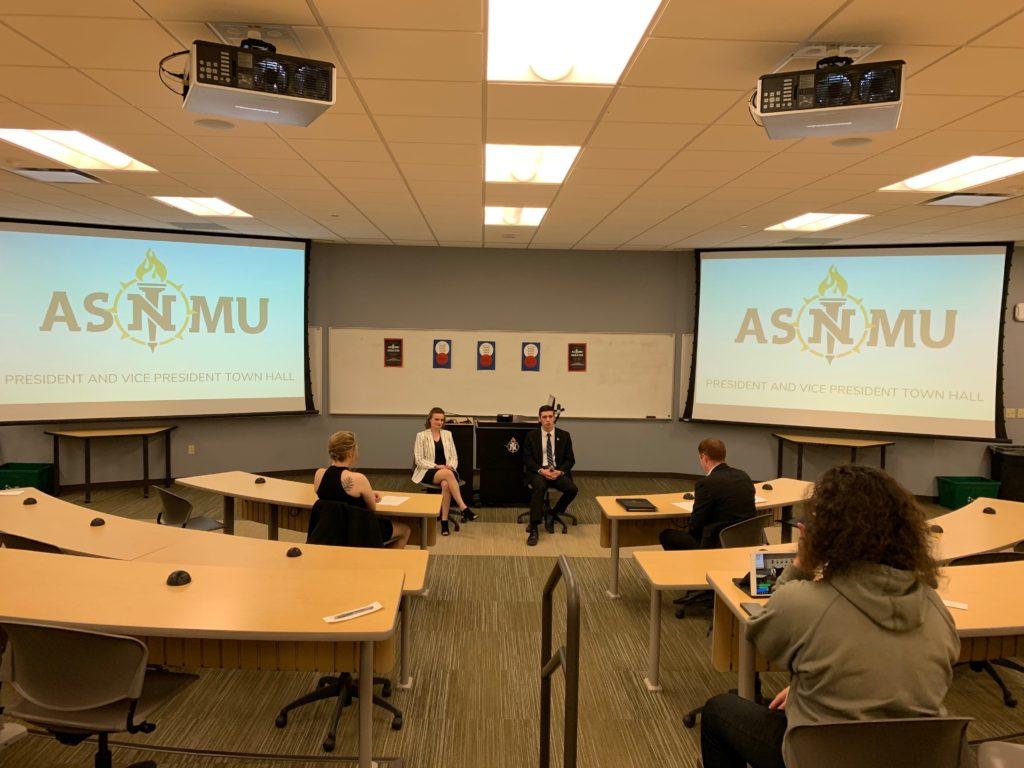 This year’s ASNMU election closed with nearly two times less votes than in 2018.

The 2019 election garnered 452 e-voters whereas 912 people e-voted in the 2018 election, according to the ASNMU e-voting platform. The results of this year’s election, however, were not accessible to The North Wind before press time.

According to a statement emailed to The North Wind from current ASNMU Vice-President and Chair of the Elections Committee, Connor Loftus, the results will be available tomorrow morning.
“It [total vote] was a little lower than par for previous uncontested but not by much,” Loftus said in the statement.

Two of the three referendum questions were gauging student-body opinions. One question regarded recognizing Indigenous Peoples’ Day in lieu of Columbus Day and the other asked participants to vote on recognizing general election day in November as an academic holiday.

The final question referred to an amendment to ASNMU’s constitution.

Referendum votes are non-binding and require approval from the Board of Trustees. ASNMU President Cody Mayer presented the referendum questions to the general assembly to receive three-fourths approval before they made it on the ballot.

Online voting closed at 5 p.m. on April 3. Students were given three days to cast their votes online through a link provided in a campus-wide email. Increasing voter turnout and boosting ASNMU visibility have been priorities shared by the General Assembly and the Executive Board this election season. Members of the Elections Committee hosted a booth in Jamrich on Wednesday which allowed students to complete the voting form on a provided laptop. A campus-wide reminder email was also distributed the morning of the last day of the election.

At Monday’s General Assembly meeting, all three members of the Executive Board advocated for sharing the election link and encouraging students to vote.

“You’ve all got social media accounts, share this with everybody,” Mayer said at the meeting.

Mayer and Pucelik fielded questions about the future of ASNMU and said they were excited to work together in the coming year on projects such as mental health and other student services and student engagement at last week’s ASNMU President and Vice President Town Hall.

v
Candidate for the College of Arts and Sciences representative Logan Hartz said he hopes to be the first university in Michigan to implement free HIV/STD testing for students and more engagement with incoming students and student organizations.

Less than 10 members of the university community attended the livestreamed discussion.

“Even though all the seats are uncontested, a high voter turnout lets us know students want to be engaged and a part of making changes on campus,” Loftus said in an interview before the event.
“I think the opportunity for ASNMU to get direct student input on the referendums is exciting,” Loftus said. “This can help shape conversations with the school administration and help give ASNMU insight on how students view meaningful issues that are being discussed on campus.”

Calls for comment to candidates and ASNMU members were not returned.