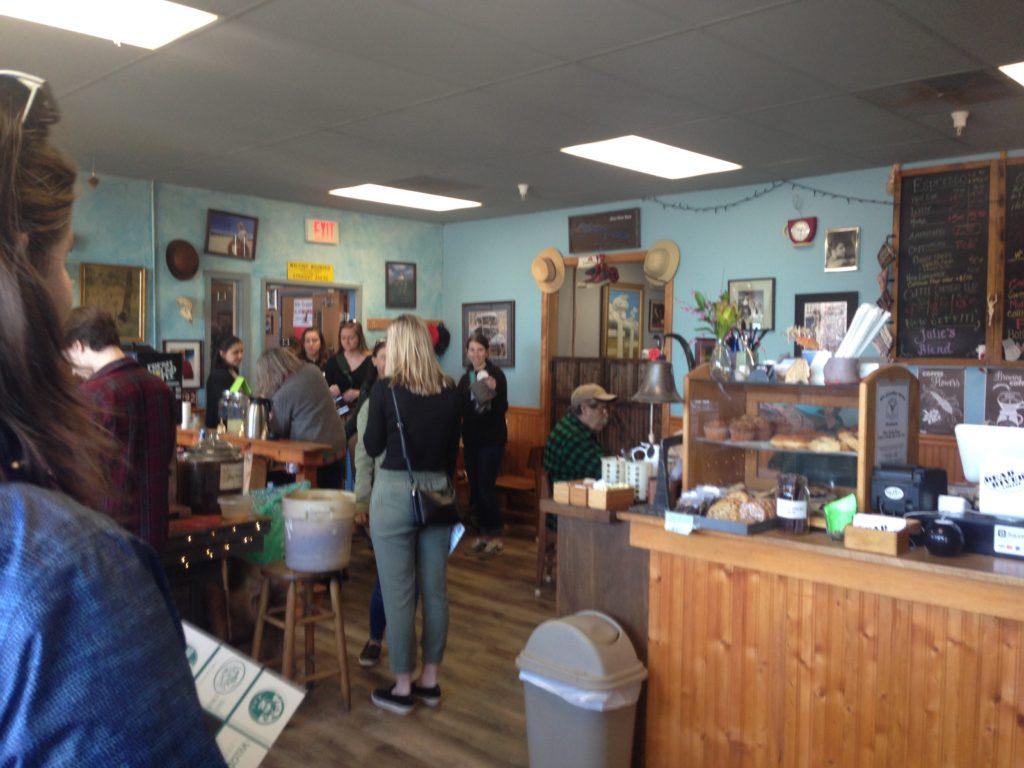 Early summer sun and a clear blue sky encouraged many to take in the beauty of Marquette, coffee in hand. People were a-buzz all over town during the second annual Marquette Coffee Crawl on Saturday to bring awareness to sexual assault.

Wanting to give back to the community, PRSSA think tanks brainstormed and out popped the idea for the Coffee Crawl. Senior Public Relations major and PRSSA President, Haley Bussell, remembers the process as something that brought focus to the character of Marquette while also helping a cause.

“The idea was to use something that makes Marquette unique and raise money for something greater than ourselves,” Bussell said. “We knew that we wanted to do fundraising for a center and [the] Women’s Center just seemed like a right fit.”

For senior Speech-Language Pathology major and ASNMU Representative Meghan Flynn, Saturday’s crowds showed how much the community wanted to be informed.

“It’s great to see the turnout and the number of people listening to information on sexual assault awareness,” Flynn said. “It’s rewarding to be able to spread messages on consent, information on local resources and receive an overall approval from the coffee crawl participants and community.”

After last year’s turnout, PRSSA tripled the number of available tickets, skyrocketing from 100 to 300. Roughly 200-225 were sold this year for the three different two-hour slots that made up the Coffee Crawl. People participated in The Early Bird from 8 a.m. to 10 a.m., Mid-Day Buzz from 12 p.m. to 2 p.m. and Afternoon Delight from 12 p.m. to 2 p.m.

As crowds bustled through Velodrome Coffee Co., junior Accounting major and barista Abby Aquilino saw something special in her first time being apart of the Coffee Crawl.

“I think it’s really cool to have so many people in the shop and such a good energy,” Aquilino said. “I love everyone’s dedication to walking around and trying all the different coffees.”

NMU Librarian Jessica Brown-Kovola participated in last year’s event and said the feeling of involvement was stronger than before.

“It seems like there are a lot more people participating this year and it’s great for the community,” Brown-Kovola said.

Bussell hopes that next year will allow for improvement by making the Coffee Crawl more sustainable. Plans are in early
development for possible washing stations to allow only one reusable cup rather than a paper one for every stop.