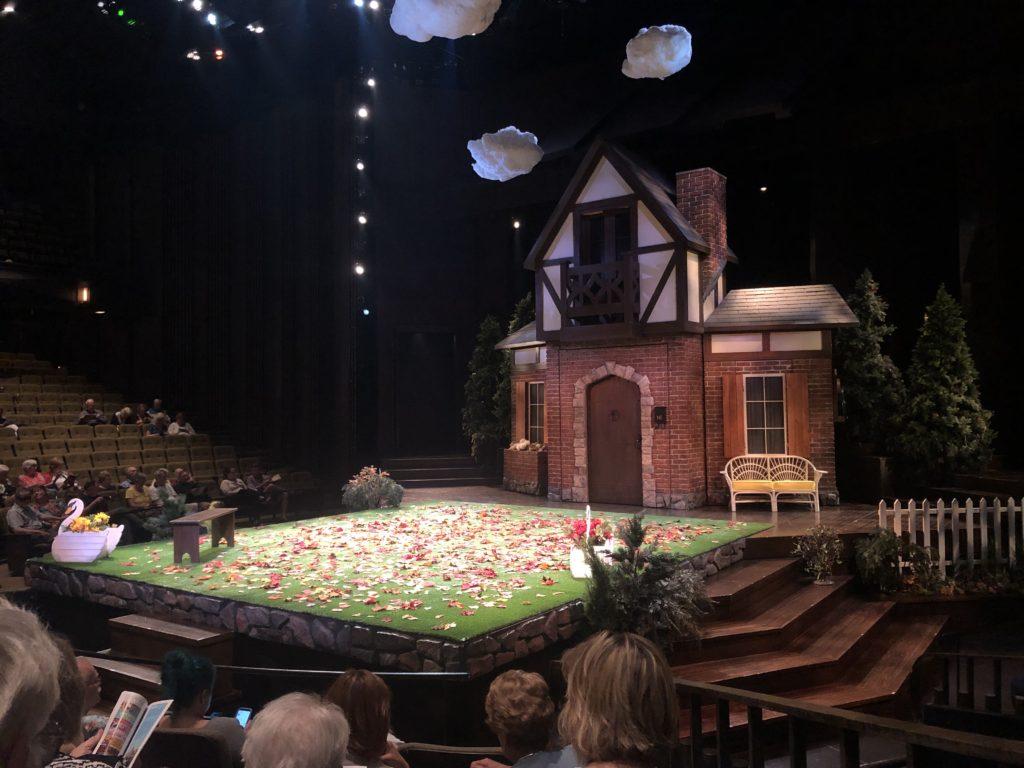 The group of students, professors and an NMU trustee saw five plays and one musical staged in three different theatres in Stratford, Ontario. Maggie Duly/NW

Right before the first week of classes, most students are consumed with packing and last-minute plans before the school year takes control. However, some go to Canada.

Under the guidance of English professor David Wood and history professor Chet DeFonso, a group of 10 students were immersed in the Stratford Festival in Stratford, Ontario.

Wood explains that previous professor, Bob Dornquast made a donation back in the late 90s, one that the university decided to match. Over time that money has been able to grow and make this unforgettable experience more affordable.

The group sees six plays over three days, tossing in a musical and modern comedy along with an immersive series three or four of Shakespearian works.
For the past 10 years, Wood has accompanied students to Stratford and even with material that some may find dated, there is something that still holds true to current society through an international perspective.

“All of these plays become new when staged in 2019, but also through a Canadian lens,” Wood said. “What does it look like to have Canada interpret the American life experience?”

In order to prepare for the trip, all students accepted spent the summer reading those of Shakespeare’s plays that they will see along with other more modern pieces. Besides just reading the works, they’re expected to discuss the numerous different interpretations which might take the stage. But it doesn’t end there. Even after spending so much time with the material, Wood still finds students who are surprised by what they see.

“The students are always shocked at just how relevant live theatre can be,” Wood said.

All majors are encouraged to apply for Stratford. Though much of the anticipation is about the trip, this is listed as a directed study course. Within that, students work closely with Wood to construct a research paper by the end of the semester. Many of the different interpretations bring out different issues, whether it be political or social. Senior social work major Kim Shuman found large portions of relationship studies, suddenly in front of her on the stage.

“As a social work major I’m seeing all of these red flags and seeing things that are going wrong in this relationship that they are just ignoring completely,” Shuman said. “It was one of the most interesting to me.”

For senior writing major Olivia Helka, it was more about the difference between reading and studying a character in print compared to performance.

“Seeing Katherine of Aragon finally coming to life on a stage after I read so many plays with her in it, I had chills,” Helka said.

Besides the material, both Helka and Shuman noted a difference between the use of set design and technology to create an atmosphere. Helka recalls one particular performance that was striking.

“Othello was a black stage, no props. There was nothing to be used,” Helka said. “It was always a projection to give a different feel of what was going on.”

During a different production, Shuman found that the simplicity of the overall design drew attention to the physical performance.

“A lot of these were based on the actor’s ability to take charge of the stage,” Shuman said.

To those who might ever consider experiencing the Stratford trip, there is only one answer that comes to mind for Helka after the experience.

“Do it. It was a great way to end the summer. I would highly recommend it,” Helka said.

Considering the amount of financial coverage that comes from the university besides some meals and souvenirs, it seemed like something Shuman couldn’t turn down and others shouldn’t either.

“This entire thing is paid for. That is something we had to keep reminding ourselves,” Shuman said.