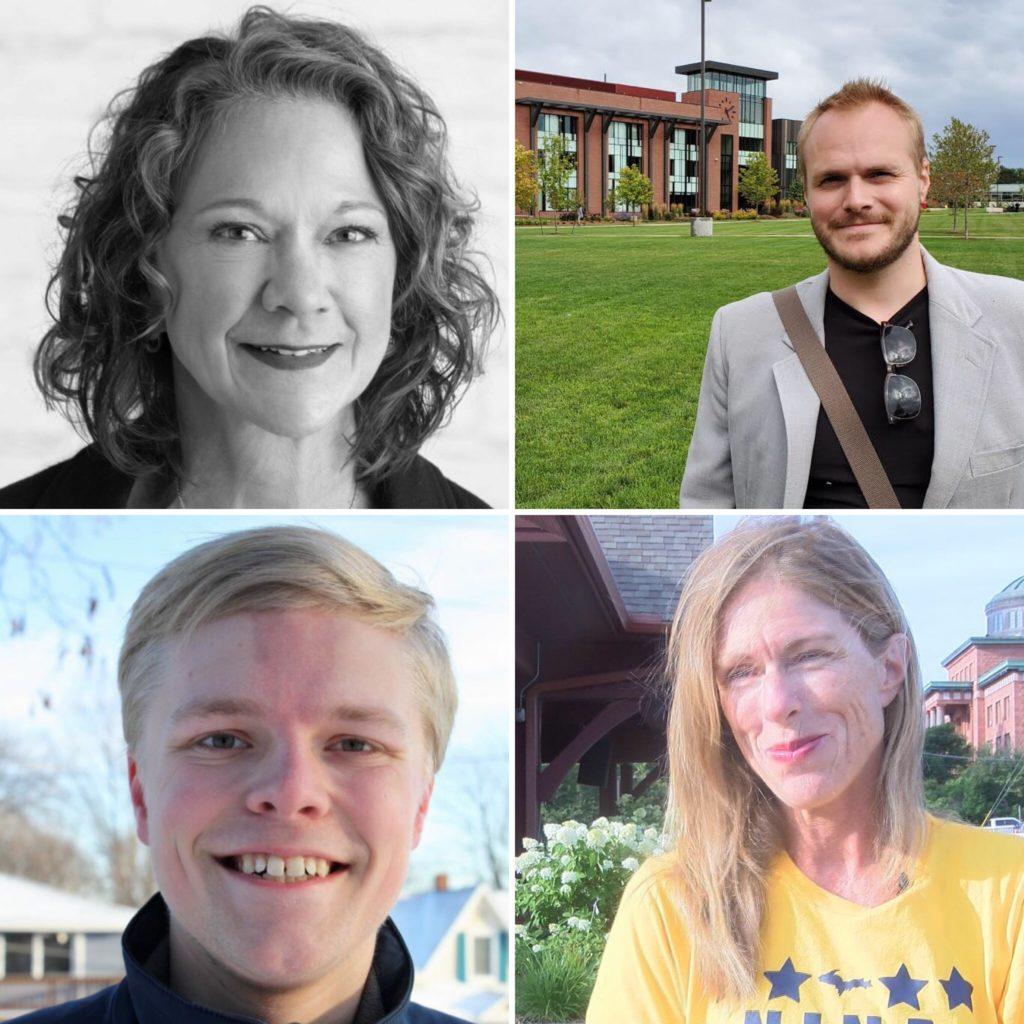 The Marquette City Commission general race begins to heat up with many yard signs around Marquette County posted in preparation for the election to take place on Nov. 5.
The primary election on Aug. 6 had eight candidates running, and has narrowed down to four candidates. Results follow as such with Evan Bonsall with 1,738 votes, followed by Andrew Lorinser with 962, Sally Davis with 817 and Nina van den Ende with 567. Margaret Brumm missed the vote with 546. Mike Plourde had 326 votes. Jeremy Ottaway won 211 and Barrett Engle had 96.

Bonsall, Lorinser, Davis and van den Ende will move forward in the November election for two seat openings. The City Commission is a non-partisan seven member organization which acts as the legislative branch of city government. Once elected, commissioners serve 3-year terms and may not serve more than two consecutive terms. Their duties include representing the citizens of Marquette, establishing policies and approving the budget. The commission has the power to hire a city manager and city attorney and to appoint citizens to serve on numerous advisory boards and commissions.

Bonsall graduated from Harvard in 2019, and he was born and raised in Marquette County. He is running with the expectation to help make sure that Marquette remains a great place to live, work and raise a family for many years to come. Despite Bonsall’s young age, he has four years of experience serving on three different appointed city boards. He is hoping to provide a fresh perspective and new ideas, and he also has experience with how city government works. He strongly believes this new generation deserves a seat at the table as we discuss Marquette’s future. For more information about Bonsall, visit evanbonsall.com.

Lorinser is also a lifelong Marquette resident and a student at Northern Michigan University. Lorinser believes that Marquette is a diverse and unique metropolitan city. Lorinser hopes to bring to the commission honesty, inno-vative thought, humility and a commitment to improving our city for all citizens. He is hoping to find a cohesive balance between city-development and respect for the rights of the hard-working groups that built it, those who care for its people, and the environment upon which it’s sustained. This was taken directly from his campaign website at andrewmqt.com.

Davis born and raised in Crystal Falls but left the U.P. before returning to settle in Marquette in 1978. Davis and her husband ran the Campus Pharmacy in Marquette for 19 years. For more than 35 years, Davis has worked and volunteered in the Marquette community. “It’s a natural next step for me. I have spent a lot of years, in fact, since 1985 I have served on 15 non-profit boards in the local community and I have done a lot of volunteer work in the community,” Davis said in her UP Matters profile. “I’m interested in the city issues and I feel that I have the skills and proven leadership to make a difference in Marquette.” Davis said one of the main issues she would focus on as a commissioner is the city’s budget.

Van den Ende is a Marquette resident. She describes herself as a critical thinker who looks at all aspects of an issue. She strives to do her research and look into issues with a critical eye. According to an interview she gave to the Mining Journal Nina van den Ende is, “dedicated to reducing the long term debt and balancing the budget. My decisions will be based on the facts presented to the Commission.” Some of Nina van den Ende’s stances are affordable housing, specifically in favor of lower priced single family homes, public housing, more affordable apartments and homes for seniors, quality education for all, responsible use of taxpayer dollars, maintaining local trails and addiction rehab programs.