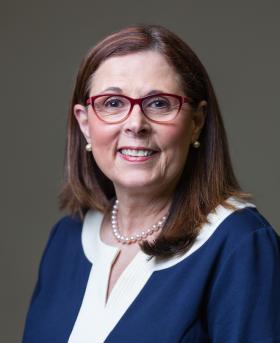 Following last year’s vital May 1 deadline for transformat- ional recommendations, NMU’s Strategic Resource Allocation (SRA) Project has come up with a draft of recommendations for changes to the university’s programs going forward.
Students can expect to see many of the changes from these decisions taking place during their time here at Northern. For example, the honors program would like to transform into an honors college. However, the plans for this alteration have not yet been reviewed by the Imple- mentation Task Force (ITF). Fol- lowing ITF approval, the major- ity of the plans that have been accepted must still go through academic review and be ac- cepted by the Board of Trustees (BOT). Similarly, the Graduate Studies Office aims to transition into a full-fledge college, but a revised plan has been requested for this change.

“I think if there’s impacts to students, from my purview, they’re very positive impacts,”
Provost and Vice President for Academic Affairs Kerri Schuil- ing said. “Things have been, probably what I would describe as more streamlined.”

For example, another propos- al is the removal of a minor re- quirement for students to gradu- ate from the university. This change was accepted by the ITF and is awaiting review by the Academic Senate this fall. Some programs may still require a mi- nor, but the university itself will hold no such general require- ment.

“You wouldn’t have to scram- ble and figure out what you want to do as your minor,” Schuilling said. “This change is aimed at making it easier for students to branch out and gain multiple skill sets, while giving them an opportunity to earn their degree more quickly.”

“You’ve seen already the out- come of some of that, like the summer theater that we had, which was wildly popular,” Schuilling said.

This faculty-driven alteration was not an exception to the rule; most of the changes were sug- gested by faculty.
Faculty and administrators have been working to come up with these proposals since early 2017, according to their time- line. The ITF began meeting before the end of the school year and continued through- out the summer meeting once or twice a week, according to Schuilling. The deans and de- partment heads presented each of their plans for the future and provided information to the ITF about what their proposals in- volved and the outcomes they desired.

“Those are the people that really knew the details and the nuances, and so they were right there, we could ask all the ques- tions,” Schuilling said.

Another proposal put to the ITF was a plan involving no automatic replacement of ev- ery department head when they vacate. In the case of a depart- ment head vacating their posi- tion, the department and the university’s provost would make a recommendation as to wheth- er a full time department head is needed. The position could, for example, be changed to a 10-month head or a department chair rather than head, Schuill- ing said.

“Some of our departments that were really big are now re- ally small, and what some de- partments have found is they might not need somebody 40 hours a week during the sum- mer but they like having some- body . . . that could be there 20 hours a week,” Schuilling said.

To access the full SRA report, visit at nmu.edu/sra under the “templates and reports” link, using your NMU login informa- tion.