Gettin’ down with rhythm and blues 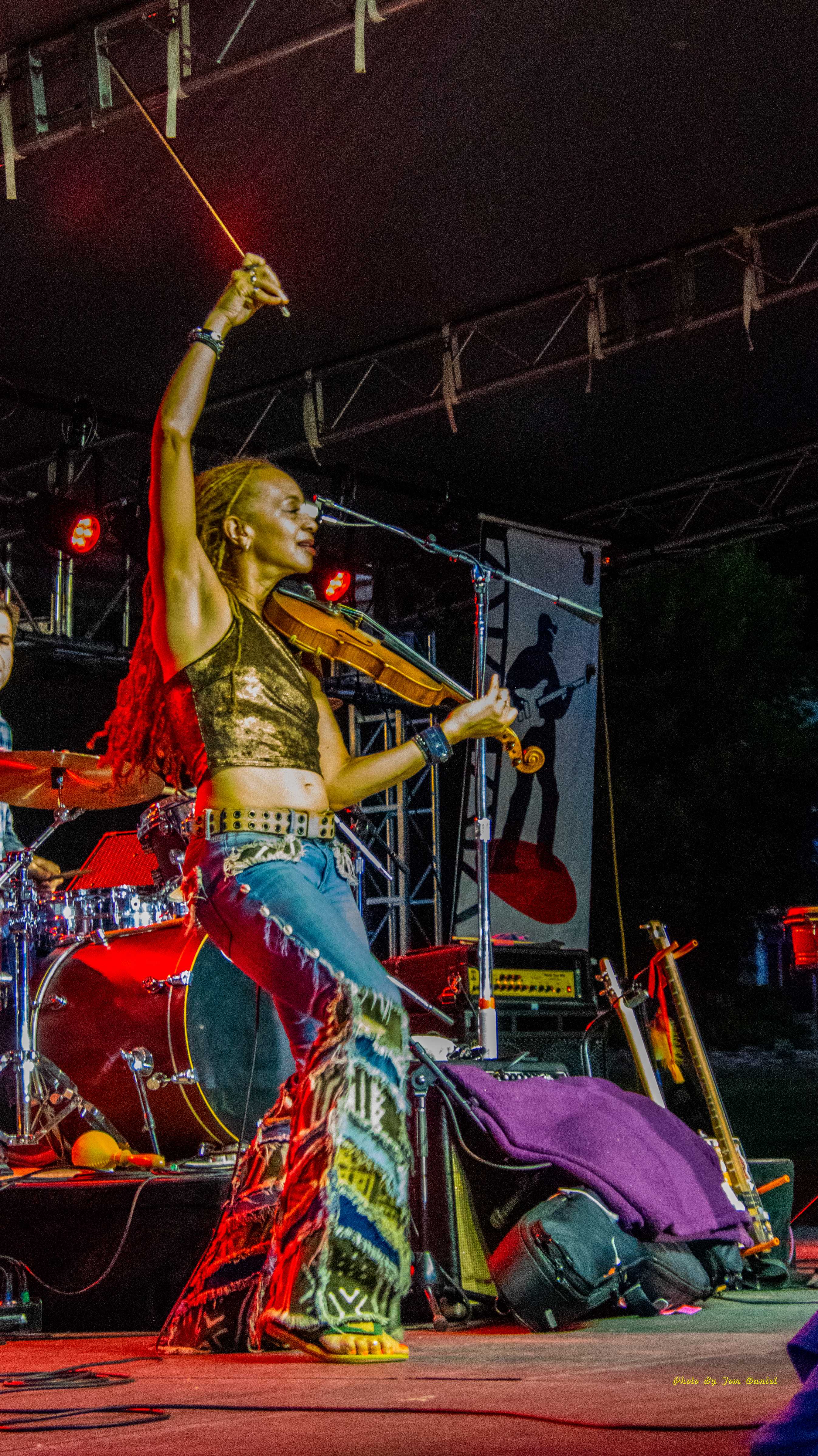 Some argue that blues is the fabric from which all other genres are cut. It’s tightly woven with the classics like BB King, Muddy Waters and Eric Clapton. All of these artists were inspiration for the 12 bands that played at the 16th annual Marquette Area Blues Fest. For three days from Aug. 30 to Sept. 1, artists hailed everywhere from the Florida heat to the frigid Copper Country. Artists at this year’s festival redefined the misconception that the blues scene is “some old guy sitting on a stool,” Marquette Area Blues Society (MABS) president Mark Hamari said.

Donning a button-up with the mugshots of famous musicians patterned on it, Hamari spoke about the inception of the Blues Fest. Like most great ideas, the idea for Blues Fest was brought up around a kitchen table, Hamari said. It came from the mouth of Walt Lindala, where he and his wife were sitting around the table discussing other Marquette music festivals, Hamari said.

As evidenced from the success of these festivals, Hamari and Lindala knew they would have the community-backing they needed. The first Blues Fest kicked off at the Ski Hill, and since moving to the Lower Harbor where it’s been for 15 years, Hamari said they finally know what they’re doing. Although the Marquette Blues Fest is not exactly en route to other festivals, Hamari said they don’t have to convince artists to come. Friday headliner artist Eliza Neals agrees. Bands talk about Blues Fest and everyone wants to go, as the venue is a beautiful area that sells itself, Neals said in conversation with Hamari.

“The Blues Society [MABS] books up-and-coming artists that, within a year or two, win blues awards and we get to see them first. That’s how far ahead of the game they are,” Jim Supanich said.

Supanich has worked as a sound operator with the festival for the past 14 years.

A three-day festival requires hard work year round, and the MABS always faces challenges, Hamari said. But for a few moments during the festival, like when the dance floor is spilling over with people, Hamari remembers why those 362 days of work are worth it.

“I’ll be watching this phenomenal artist on stage and see people dancing [with a] big smile on, having a good time, then [I] go ‘oh yeah, that’s why I do this.’ I haven’t slept in four days, but it’s worth it,” Hamari said. “These are the best blues musicians in the world.”

Because the demographic of blues listeners is aging, part of the MABS mission statement is to preserve and promote the blues to a younger crowd, Hamari said. However, the blues still rules the playlists of some students like NMU senior Art and Design major Teddy Andriese.

“This is my fourth year coming, and they have phenomenal blues every year, baby. That’s what makes me come back. I live for the blues,” Andriese said, enthusiastically gesturing to The Jimmy’s on stage at the Friday free show. “They jam. This festival, out of all of them, is very family oriented, which I love.”

In the four years Andriese has attended, he said he’s loved seeing the evolution of the festival, especially from a student’s perspective.

The Blues Fest has a scene for everyone in the family — depending on the day and time. The afternoon crowds were populated by leather vests and long grey ponytails. Come sundown, blues-loving cats slunk their way into the crowd. Since Blues influences every type of music, Hamari said, the lineup reflected that.

The Delta Jets took the stage Saturday afternoon with a slide guitar that landed you straight into a desert scene of Holes, like you can almost feel the tumbleweed brush past your leg. Blues Fest goers heard sounds like the Delta Jets, a blues fiddle and a metal-guitarist that, I swear, had smoke fuming off the riffs.

“Blues is a uniquely American art form, it’s influenced all kinds of art forms—jazz, folk, country, rock n’ roll, hip-hop, rap,” Hamari said.
The talkin’ blues, a style from the 1920s, is something many Blues Fest bands embodied. The artist starts off the song with an intimate, rambling story and just when you get comfortable with it—they rip into a raucous interplay of guitar and singing that “no modern rapper has on any of those guys,” Hamari said.

In pursuit of promoting this “uniquely American art form,” the Blues Fest also offered educational workshops that included an open mic-live jam, busking and the making of a blues album. Further, the MABS hosts Blues in Schools, a youth educational program about blues music and culture.

With 23 partners and 30 supporters, most of Blues Fest is funded through partnerships with small businesses and the City of Marquette. The Ore Dock Brewing Co. sponsors the Friday Free Show, local media gives coverage and restaurants donate food for backstage. And of course, volunteers serve as the backbone of the festival, as it’s set-up and operated entirely by them, Hamari said.

“We’ve learned a ton, it’s smoothly run, [almost entirely by] volunteers,” Hamari said. “We’ve gotten our name on the circuit, and now artists come to us.”

And thankfully for the MABS and all it’s supporters, it’s safe to say their mission statement of promoting and preserving blues is reflected in the growing crowds of the Marquette Area Blues Fest.