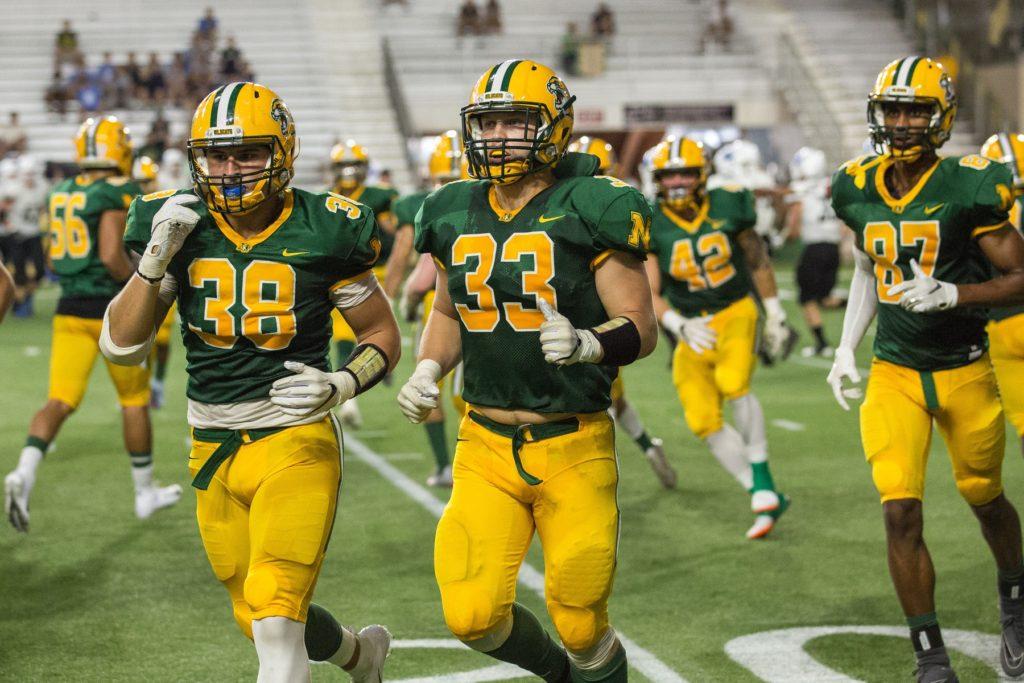 The leaves are beginning to change color and the temperature has been slowly creeping down. These signs of fall around NMU mean only thing: football season.

Game week is upon us, and only a matter of days separate the Wildcats from their football season opener this Saturday. Coach Kyle Nystrom and his team have questions being asked upon them being projected seventh place in the preseason Great Lakes Intercollegiate Athletics Conference (GLIAC) poll, but until they hit the game field, there won’t be any answers.

“There’s a lot of questions, you can practice all you want, all the situations that you want, but when the lights come on, you hope that they perform like they’ve been there before, that they don’t get bogged down, play slow, things like that,” Nystrom said. “We’ll do things to lighten the load on them as much as we can schematically so they can play as fast as they can go, play with energy and be physical. Our motto as a team is out hit them and outrun them, so we’ll push that thought process as much as we can.”

A year now stands between last season’s loss to the McKendree University (MU) Bearcats, and all offseason long, this team has been the focus. They deserve it because they’re a good program, as coach Nystrom gave some insight into their football team.

Even though the Bearcats return most of their defensive starters, their offense is going through a total makeover.

“They have to replace people too, they’re replacing a couple wide receivers, a tight end that was a good player for them, a couple of linemen and their quarterback,” Nystrom said. “Forecasting what quarterback we’re going to get is [will be tough], there’s no film on him. We’ll go in and play, call our scheme, do our things and we’ll go from there. It’s like that every first game, you kind of prepare for what you know, and whatever shows up, you’ve got to adjust on the fly.”

Even though McKendree presents a challenge, Nystrom is more concerned about what the Wildcats do, and how well they execute their scheme.

“For the first game we want to be real good at lining up, have good tempo as far as getting communicated and getting the play off to a good start, being lined up right,” Nystrom said.

“You really define it down to the basic true elements of fundamentals for the first game, because if you don’t do good in your fundamentals, it’s really hard to win.”

Nystrom recalls last year, the loss to McKendree lit a fire under he and the coaching staff, the hope is that same mindset has carried down to his players.

“We’re at a point right now with the program, going into our third year, our players take it to heart when we talk to them,” Nystrom said. “They’re pretty serious about listening and trying to please the coaching staff, you never know until you line up but I want them to play hard, play right on the line, and I want to be a good, physical football team.”

The battle of the ’Cats takes place at 1 p.m. this Saturday, Sept. 7 in the Superior Dome.