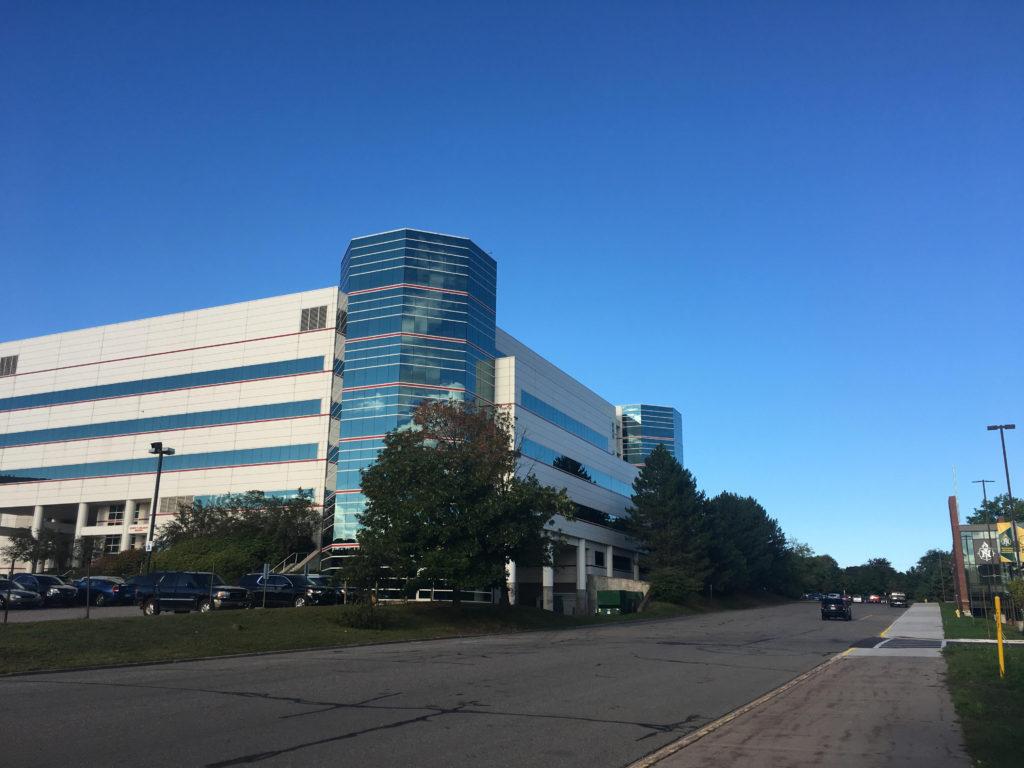 STILL FOR SALE—The old UP Health System hospital remains on the market after the Veridea Group, a local real estate company, backed out of an agreement and terminated the sale. Akasha Khalsa/NW

The UP Health System Marquette Hospital (UPHS), which borders the NMU campus on College Avenue and was soon to become the property of the Veridea Group, will no longer be sold to the Marquette-based real estate company.

The Veridea Group has issued a statement regarding the official termination of their agreement to purchase the property. According to a press release by President and NMU’s Board of Trustees Chairman Robert Mahaney, the agreement was entered into in November of 2018. It was announced on Dec. 7 and closure of the transaction was intended to be finalized during 2019.

Mahaney has not responded to several attempts by the North Wind to make contact for an interview.

This agreement was “subject to satisfactory due diligence results and a number of other conditions,” according to the press release.

During the process of due diligence which lasted over the summer, the Veridea Group assessed the transaction of the 21-acre parcel. The old hospital campus is made up of 14 health care facilities containing almost 900,000 square feet of infrastructure as well as several single-family residences and vacant lots in the surrounding neighborhood. All of these were scheduled for redevelopment and the space was fated for a new life.

The Veridea Group’s intentions involved fixing up the single-family homes on the campus, demolishing many of the old facilities, and “construction of office, residential, retail, lodging and extensive public spaces,” according to a press release at the time of the agreement.

The new developments in the area of the old hospital were planned to integrate well with the NMU campus.

“Since that time both parties have worked diligently to complete the steps needed to transfer ownership of the property,” the press release said. “A number of significant issues were discovered during due diligence that impacted Veridea’s ability to execute its redevelopment plan. Despite the best efforts of both parties over many months to resolve these matters, at this point in time we remain without a mutually acceptable solution.”

The Veridea group notified Lifepoint Health, the company which currently owns the property, that the purchase and sale agreement was terminated.

“We do this with great regret as we believe the redevelopment of the now vacant campus is critical to the city of Marquette, its residents and especially the surrounding neighborhood,” said the press release at the time of termination. “As residents of Marquette, we appreciate how important the current hospital campus is to the city and especially the surrounding neighborhoods. We feel very strongly that this area cannot remain vacant and that redevelopment needs to happen quickly, led by a team that understands our community’s unique challenges and opportunities.”

The decision to relocate the old hospital, which had been part of the Marquette community since 1915, came about in 2015 and resulted in the question of what would become of the existing hospital campus. Now that question returns. The fate of the hospital campus is once again unknown.

The UPHS hospital has been transferred by the Veridea Group to a new development on West Baraga Avenue. The new hospital is a nearly 525,000-square-foot, 8-story facility, and has been welcoming patients since it opened on June 2.