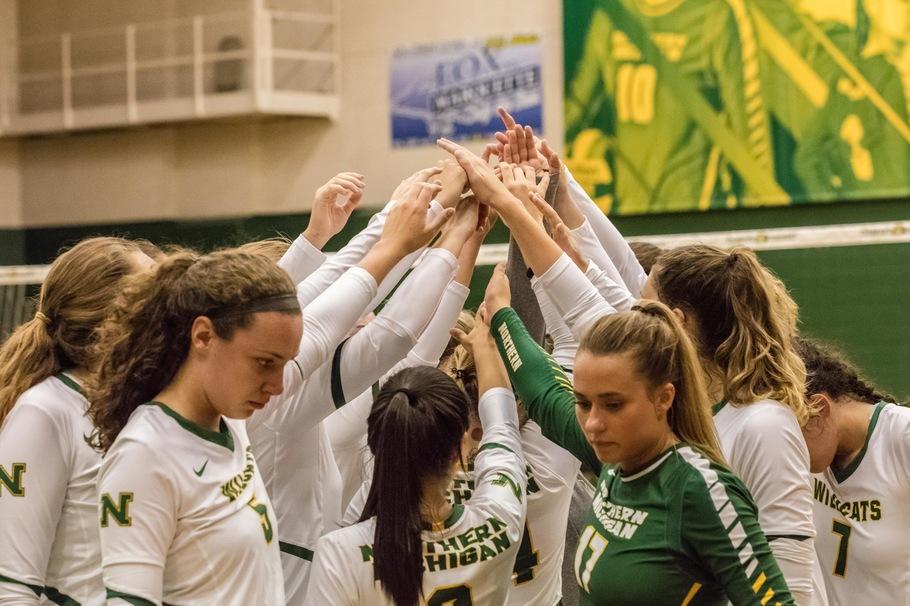 The NMU volleyball team started off hot a season ago with a 9-0 record, but their conference struggles ruined their year. Coach Mike Lozier enters his third season as head volleyball coach trying to find consistency throughout the entirety of the season, a constant that can get them into postseason play.

“It’s hard to deny we had an incredible start, and I’m learning how to replicate that every year,” Lozier said. “The biggest thing I’ve learned is that the season’s long, and it requires a lot to make sure that you can sustain that level of play throughout the season. Teams get better, they catch up to you, and we just have to continue to work to make sure that the team that shows up in September is not as good as the team that shows up in October. I think that’s what happened, we plateaued, kind of rested on our laurels a little bit, and suffered in the middle of the season because of it. It was a little too late before we realized we had to get better.”

This season, the Wildcats plan on finding out what it takes to have that consistency year round, and hopefully, what it takes to be a top of the conference standings. The length of the season is a grind, and at the beginning, the team needs to find a balance and rhythm.

“The grind is a lot easier when school isn’t in session, they’re focused just on volleyball,” Lozier said. “One advantage we had is because started school a week into preseason, they were a lot more acclimated with the routine of going to class, getting their studying in and balancing all of those things, it is difficult though because you get sick of playing your teammates in practice.”

NMU loses some key pieces like Autumn Monsma, Maggie Liebeck, Lynzi Svoboda, Jessica Skonning and Rachel Braunschweig. However, the ’Cats return some familiar faces, as well as bringing in some young guns. Lozier knows who his leaders are, some of the fresh faces he can count on this year.

Sara Kuehn, in her third year, has emerged as a team leader for the Wildcats, both in how she acts on and off the court. Cheyanna Pyka, another captain, is a senior that hasn’t played much on the court, but has been great in off-court leadership.

“Faces that you’re going to see that you maybe haven’t seen a lot of up to this point, Lizzy Stark, outside-hitter that played tremendous in our televised scrimmage. Freshman Lauren Van Remortel from Indianapolis has done some really nice things and I expect her to see meaningful playing time,” Lozier said. “Also Hailey Wickstrom on the right side, she redshirted and didn’t see a ton of playing time, this will be her first time being able to play meaningful points, and she’s done a tremendous job. So I think those people and a whole host of others will do a really nice job for us to start our season.”

NMU will face off against UMARY at 5 p.m. on Thursday, Sept. 5 in their first game of the tournament in MTU’s Student Development Complex.