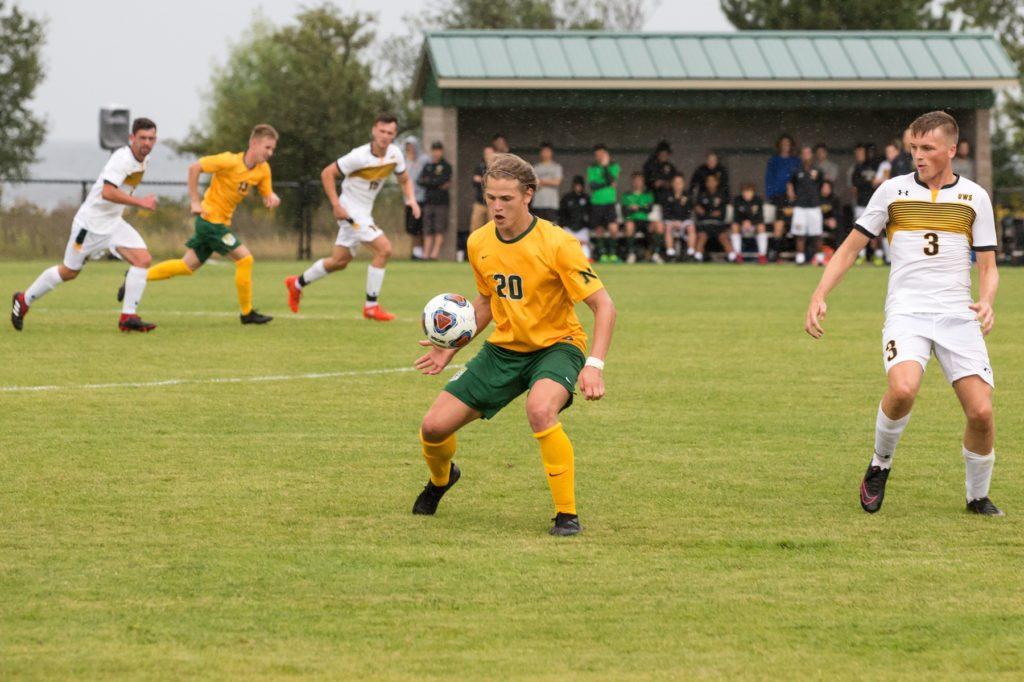 MEN’S SOCCER REBOUNDING — Healthy and ready to go, the Wildcats have the pieces to contend in the GLIAC as they get ready for today’s opener.

The Wildcats Men’s Soccer team is ready to set sail into the 2019 season. The season for the Northern starts with the Southern Indiana University (SIU) Screaming Eagles. In last years matchup, the ’Cats ended up winning 2-0 on the road.

“Even though it is early in the year, both teams know how important a win is at the beginning of the season,” Coach David Poggi said.

Last year, Wildcats started off winning seven out of eight games and they hope to have a similar start this season. However, after a nine game losing streak last year, the Wildcats are predicted to finish seventh in the Great Lakes Intercollegiate Athletic Conference (GLIAC) standings.

NMU will enter this season without Sam Popp who scored 10 goals and previously led the team in scoring. They also no longer have Kevon Hoff and Edgar Astorga who played all 17 games last season as defensive players. On the other hand, Wildcats ended up acquiring 10 new freshmen this year and the coaching staff has a lot of confidence in all the members of the incoming team.

“The attacking is the fun part of the game and we have a lot of guys to attack with but defense is hard work and defense makes you win games,” Poggi said. Senior defenders, Eric Suess and Lewis Murray, will have a lot of work to do in the defensive end after losing the production of Hoff and Astorga.

SIU made it all the way to the NCAA Division II quarterfinals a year ago, before falling to Saginaw Valley State University (SVSU), an NMU foe. Poggi knows the challenges that the Screaming Eagles bring, and he thinks his team is ready.

“We were a different team then and we are a different team now, we are going against a team that is more athletic and has more experience,” Poggi said. “It is going to be a heck of a match, we want to press and make them lose the ball in their half. It sounds like the first game is a must see.”

Kickoff between the Wildcats and the Screaming Eagles will take place at 4 p.m. on Thursday, Sept. 5 from the NMU Outdoor Soccer Fields.