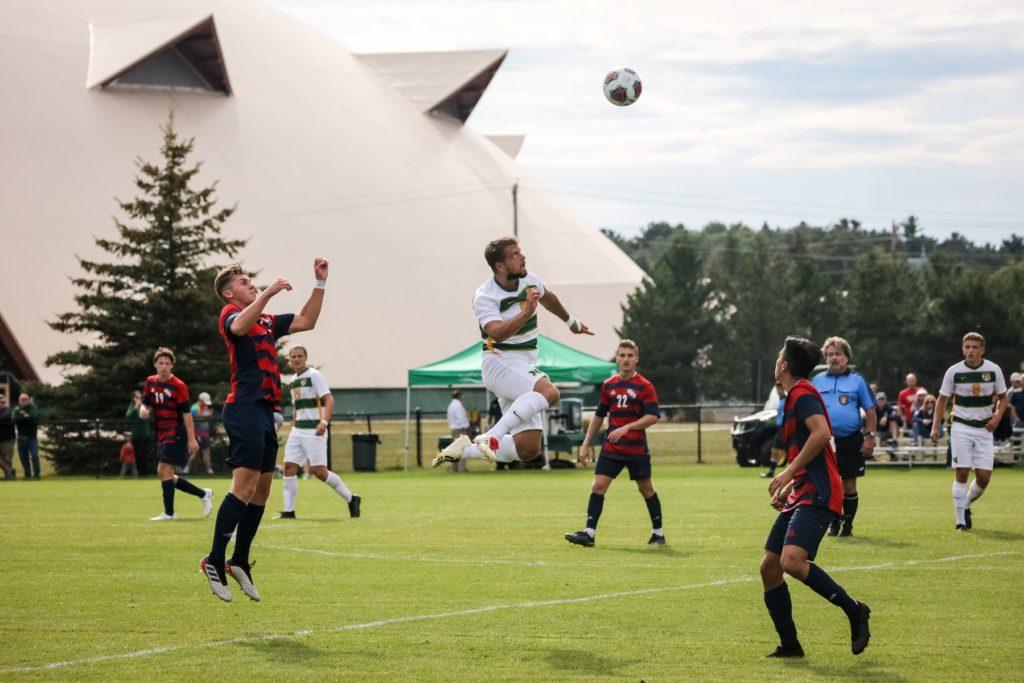 WILDCATS ON THE HUNT—NMU welcomes Lewis in their second home game of the season at 4 p.m. today. Photo courtesy of NMU Athletics.

The Wildcats started off strong this season by winning against a better team on paper, Southern Indiana University (SIU), 2-1 last Thursday. The Wildcats took the lead in the 23rd minute with a penalty goal from Callum Olpin who contributed four goals last season (and 6th goal in his NMU career). Even though the Screaming Eagles scored at the 62nd-minute mark, senior defender Eric Suess responded with a header in the 68th minute. It is fair to say that it was a close game on all the parts of the field and Wildcats are happy to start the new season with a victory.

This past Sunday, Sept. 8, the Wildcats were on the road against the Quincy University (QU) Hawks. This was the second matchup between two teams. Last year, the Wildcats came on top with a 3-2 victory but the Wildcats didn’t have their way in this year’s contest. In the 6-2 loss to Quincy, freshman Ryan Palmbaum scored his first two goals in his NMU career in the 62nd and 71st minutes, however, that wasn’t enough for a win. Northern Michigan and Quincy are now both 1-1 on the year, and the ’Cats are hoping for a bounce-back coming into the next matchup against the Lewis University Flyers.

This is the first-ever matchup between the two programs. Lewis is coming into the upcoming contest 2-0 this year, defeating Purdue University Northwest 1-0 and winning a double-overtime game against the University of Wisconsin Parkside 1-0.

Kickoff between the Wildcats and the Flyers will begin at 4 p.m.  on Thursday, Sept. 12 at the NMU Outdoor Soccer Fields.