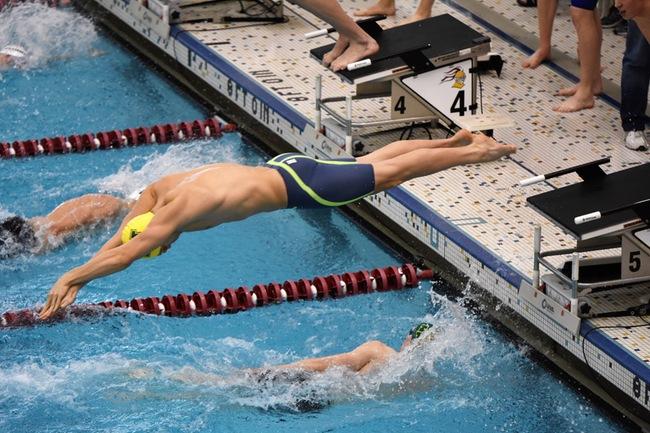 REPEATING SUCCESS — After a great 2018-19 season, the Wildcats have high expectations this year. Photo courtesy of NMU Athletics.

Last season the Men’s and Women’s Swim team went to the NCAA Division II championships. The Men’s team finished 18th of 32 teams while the Women’s team finished 14th of 35. Since then, both teams have lost some talented swimmers, however Coach Heidi Voigt said she is really excited about this upcoming class.

“We’re going to pick up where we left off, we took a big group to NCAA championship,” Voigt said. “I think we have a really good chance to take that or more and to place a little higher.”

Coach Voigt was confident in talking about this year’s upcoming team, and she is expecting her newcomers to perform well.

“We lost a couple good diving spots, however, we did gain some talented women divers. I am really excited about that,” Voigt said. “We also gained three men’s divers, so diving is where we made some good gains. We have 11 first-year women who should score and do well right away, we don’t have the depth on the men’s side but the men we do have should be at the top of the conference if not top in the nation.”

Voigt talked about how the team has been preparing for the season, and about the grind of practicing for the week.

“First practice was the fourth day of school so our season is pretty long,  this preseason we’ve been working on technique, each week getting stronger and stronger going to the weight room,” Voigt said. “Right now, we are training over 18 hours a week”.

The team is now preparing for the Green and Gold Meet coming up at 10 a.m. on Saturday, September 21. Following that meet, they will host Findlay on Friday, Oct. 11, and Saturday, Oct. 12. Voigt is eager to see her team vie for coveted travel roster spots.

“This will be the first time we will see people in events, not only freshmen, but returners and see how summer went to see what kind of shape they are in,” Voigt said. “This meet along with the Findlay meet will be the deciding factors on who is on the travel team.”

Following the two meets at home for the Wildcats, most weekends they will be on the road, only returning home one more time for a head to head matchup against University of Wisconsin-Stevens Point (UWSP). At the end of the season, their schedule will be full of tests, the first being held at Calvin College (CC) for the Calvin College Invitational, and then a dual meet on the road against University of Wisconsin-Green Bay (UWGB).

Following those two meets, after taking on each other in the Intrasquad Meet, they head to the GLIAC Championships on Wednesday, Feb. 19 through Saturday, Feb. 22 in University Center, Michigan, hosted by Saginaw Valley State University (SVSU). Hopefully this will not be the final destination for NMU, as they compete to end their season at the NCAA Championships from Tuesday, March 10 through Saturday, March 14 in Geneva, Ohio.

Coach Voigt talked about her goals for the season, and she said it was mostly about the culture.

“Maintaining positive team culture, not only conference level but on the national level,” Voigt said.

As the team prepares for their Green and Gold Meet this Saturday, they hope to bring the team back to where they were last season, and even a step further.