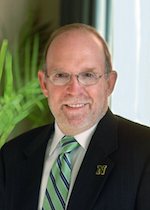 At a recent Board of Trustees (BOT) meeting, NMU President Fritz Erickson’s salary was increased by 2% and he received an additional performance-based bonus to reward the achievement of his goals.

In an approved executive committee recommendation, Erickson’s salary increase was brought  up to $392,700 and the bonus totals $38,500.

When 13 of Michigan’s 15 universities are seeing enrollment declines, NMU has shown growth with its “cutting-edge academic programs,” pioneering laboratories and top notch facilities, and all of those accomplishments depend on strong leadership, NMU Board Chair Robert Mahaney said in a press release.

“He set goals for himself and the institution, and he is accountable for those goals,” Mahaney said. “We’re pleased with the success we’ve seen, and part of our commitment to him is to reward him for achieving those goals.”

The accomplishment reflects students’ accomplishments and the campus-wide initiatives from faculty and staff, Erickson said in a North Wind interview.

Though Erickson said he feels grateful that the BOT recognizes his efforts, he hopes to continue the momentum the university has showcased in the past few years.

“We really accomplished quite a little bit to develop a real culture of innovation of thinking forward, finding ways to do things in exciting ways. The attitude of the university is one of very positive, high power,” Erickson said. “It really is gratifying to see that.”

NMU has so much opportunity to keep moving forward with many innovative ideas coming from faculty and staff, Erickson noted.

Located in the center of the U.P., the university has a standing connection with giving back to the Marquette community and the entire peninsula, and Erickson said he hopes to continue those efforts.

“We say it all the time, ‘It’s a great day to be a Wildcat.’ [But] it really is,” he said, adding, “When you have such amazing students, and the kinds of commitments that they have and passions, it’s just a delight to be a part of this community.”