Vaping is not cool or safe 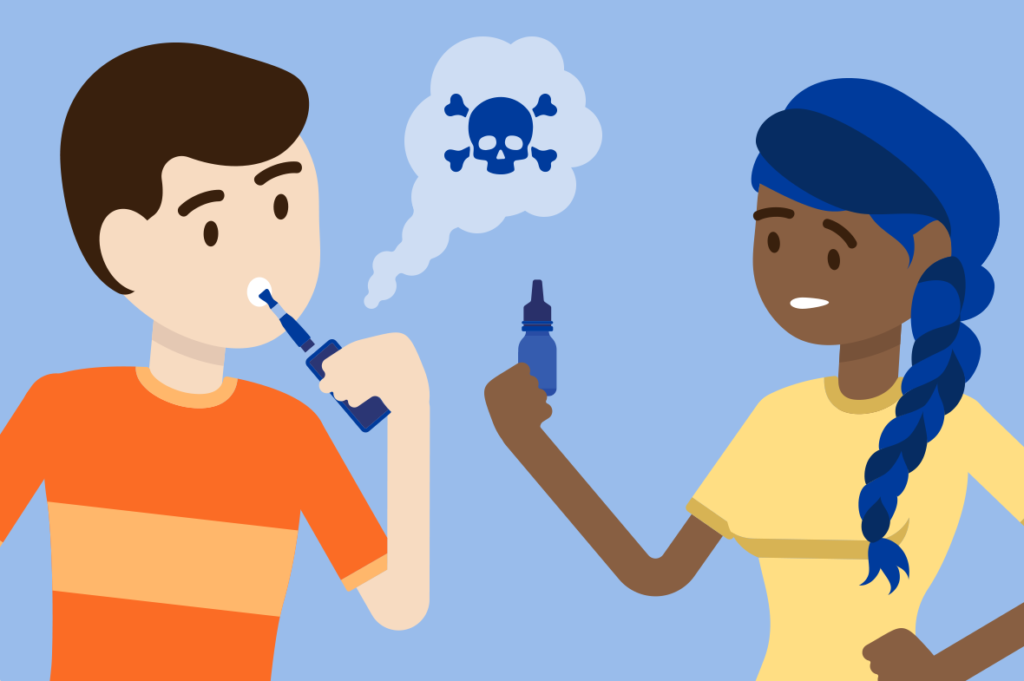 If you vape, smoke cigarettes or use nicotine in any form, you should stop now or forever adhere to the consequences. If you do not want to take my word, I think you’ll change your mind after reading this article. Too many people have real complications from nicotine usage to brush off this dirty habit. The worst part is that many people know of the dangers, or may have seen them, yet don’t care. For the purpose of the growing frequency of smoking e-cigarettes on college campuses, I will be referring to nicotine from vaping.

Vaping is not cool, nor is it good for you, and I am here to explain why.

First of all, ask yourself, “What is this terrible habit of mine doing for me?” The first thing you may notice is the feeling in the back of your throat, as you drag a fruity cloud of nicotine into your lungs. After that, you get a short buzz, then nothing. So you liked it, and you hit it again. You buy more of it, and continue the cycle. Some people might call that an addiction. I would. A lot of people say that they’re not addicted, or say that they could stop at any time. This just begs to ask the common user, “Why don’t you quit then?” The answer is not so simple.

Some say that vaping is just an easy process; it’s better than cigarettes, it tastes good or it’s fun. I think the craziest part about all of this is that people are trying to justify e-cigarettes as something that’s not bad for you.

The Centers for Disease Control and Prevention (CDC) reported that nearly 1,000 people have become ill recently with lung injuries. Of these people, 100% had a history of vaporizing e-liquids. I do not think it matters if these products have tetrahydrocannabinol (THC)—a chemical that gives a “high” sensation—or nicotine in them. No matter which way you look at it, these chemicals are vaporized and inhaled in your lungs. The CDC advises that you consider refraining from using e-cigarette or vaping products, particularly those containing THC. This advice should be taken seriously, as it’s coming from a high-reputable medical organization. In other words, the CDC is telling people they should cut their habit, and I think that is saying something huge.

I sat down recently with a couple friends of mine who vape, or have vaped, to ask them about their experiences.

The first friend explained that they vaped regularly for five months before quitting. They were able to quit cold turkey after noticing health problems; their lungs would hurt at times and would “collect large amounts of mucus,” making it difficult to breathe. They said they’re glad they quit when they did, before things could have gotten worse.

Another friend of mine still vapes. I nag them sometimes, but that isn’t enough. They told me they’ve been vaping for three years now, and throughout these years, their favorite thing is still the buzz it gives, which makes sense because people have been chasing the high that nicotine delivers for generations.

This person also reported that since they started vaping regularly, they have been dealing with mucus constantly in the throat and lungs.

I do not endorse any other usage of nicotine in any other forms. Nicotine is an addictive chemical, and it is costly to your wallet. If that isn’t enough, just remember that every time you inhale nicotine or put a dip in, you are damaging your health. I think we are all too young to be doing this to ourselves, but the decision is ultimately up to you. Will you make the right choice about your nicotine habit?