Marquette gathers in support of LGBTQIA+ 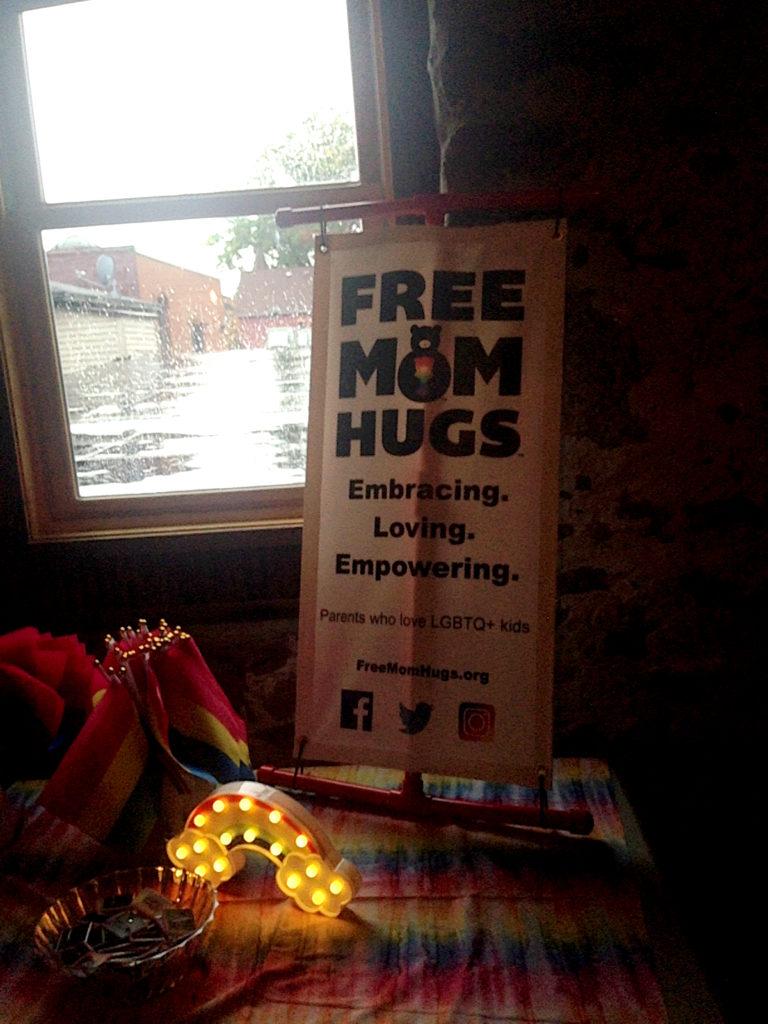 EMBRACING LOVE— Free Mom Hugs was one of the many organizations with a booth set up during Marquette Comes Out at the Ore Dock on Friday, Oct. 11. Mary McDonough/NW

Rainbow merchandise lined the walls of the Ore Dock Brewing Co. preparing for an emotional, empowering and exciting night of acceptance. Marquette Comes Out was designed as an open event for the community to come and share who they really are.

Senior public relations major Sarah Schollmeyer was the co-coordinator of the event and was astonished by the outpouring of emotion and support from the community. An estimated 100 people came in support, enjoying free rainbow swag from local organizations and enjoying the local music.

“It was great to have a safe and welcoming space for the members of the LGBTQIA+ and allies to congregate and see the support rather than just hearing about it,”  Schollmeyer said.

Hear they did, with people feeling brave and comfortable enough to come out to the community on stage. Several people shared their sexuality with the crowd, with some saying it was the first time they have ever said admitted it, even to themselves. Senior public relations major Allison Opheim, who was involved in coordinating the organizations for the event, said it was crucial to have all of these supporters in one room as they already do so much for the community.

“Organizations like Planned Parenthood that people know offer resources were attending and it’s such a great representation of who is supporting Marquette,” Opheim said. “You could feel the energy in the room, it was a very welcoming space it didn’t matter if you were an ally, a member of the LGBTQIA+ community, or someone who hasn’t come out yet, there was enough validation and support for everyone.”

T-shirt’s were sold in hopes to raise money for the Allies Scholarship Fund and the support flowed in for students. The purple aesthetic of the shirts was meant to be the most inclusive color on the LGBTQIA+ rainbow. Each sexuality identifies with an individualized flag, and with inclusivity being a key point, no detail was left out. Over $320 was raised and will go directly into the fund,  Schollmeyer said. There are hopes that the event will return in some capacity next year, however, there are no plans in place as of right now.

“I think it exceeded my expectations in every way, I didn’t expect to be moved, I still have goose bumps today,” Schollmeyer said.

Free Mom Hugs were offered for all those who wanted comfort, and many obliged. The organization emphasizes the physical acceptance of people who may have been rejected by their families and are seeking validation. Individuals shared stories of triumph, fear and isolation. There was a palpable vibe in the room as individuals went up to the microphone one by one to come out as members of the LGBTQIA+ community. Complete strangers listened with open hearts, to emotional confessions of admittance, welcoming them into the community.

This event was sponsored by the NMU school of education, leadership and public service who worked tirelessly to achieve such an important event for Marquette.