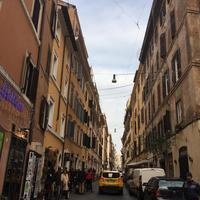 WHERE'S THE ISOLATION—Speaker Michelle Farrell Ph.D. comes to NMU Oct. 24 and 25 to present "Is Havana Isolated or is Washington? Media, Internet, Film, Distribution and Cuba Today." At the event she discusses the relationship between Cuban media and the U.S. Photo courtesy of the NMU events website

Michelle Farrell, Ph.D., an associate professor of Spanish at Fairfield University, Connecticut is holding a talk with help from the department of languages, literatures and international studies as well as the Office of Diversity and Inclusion. “Is Havana Isolated or is Washington? Media, Internet, Film, Distribution and Cuba Today” will focus on the relationship between Cuban media and entertainment and the United States.

“To reveal the connectedness of Cuba she will share what information circulates on the island, how people get their news, entertainment and films without Netflix, and the role of the Cuban state in the controversial topic of censorship,” Spanish and Latin American culture, literature and film Professor Lupe Arenillas said.

The event will evaluate the effects of the U.S. embargo of Cuba since 1960 and what that has meant for the Cuban people and governments consumption of media and entertainment.

“At the department of languages, literatures and international studies we seek to promote dialogue, intercultural exchanges and our passion for Latin American,” Arenillas said. “That’s why I worked with Professor Amy Orf, who leads a trip to Cuba for NMU, to bring Farrell to campus with the support of the Office of Diversity of Inclusion.”

The department of languages, literatures and international studies and hopes that the talk allows for a better understanding of how Cuban media and entertainment functions and how the United States has played a role in this.

“Outside of presidential elections and sound bites, there is a disinformation campaign about the island in the U.S. press and we need to talk about what the embargo has meant for the Cuban people and government,” Arenillas said.