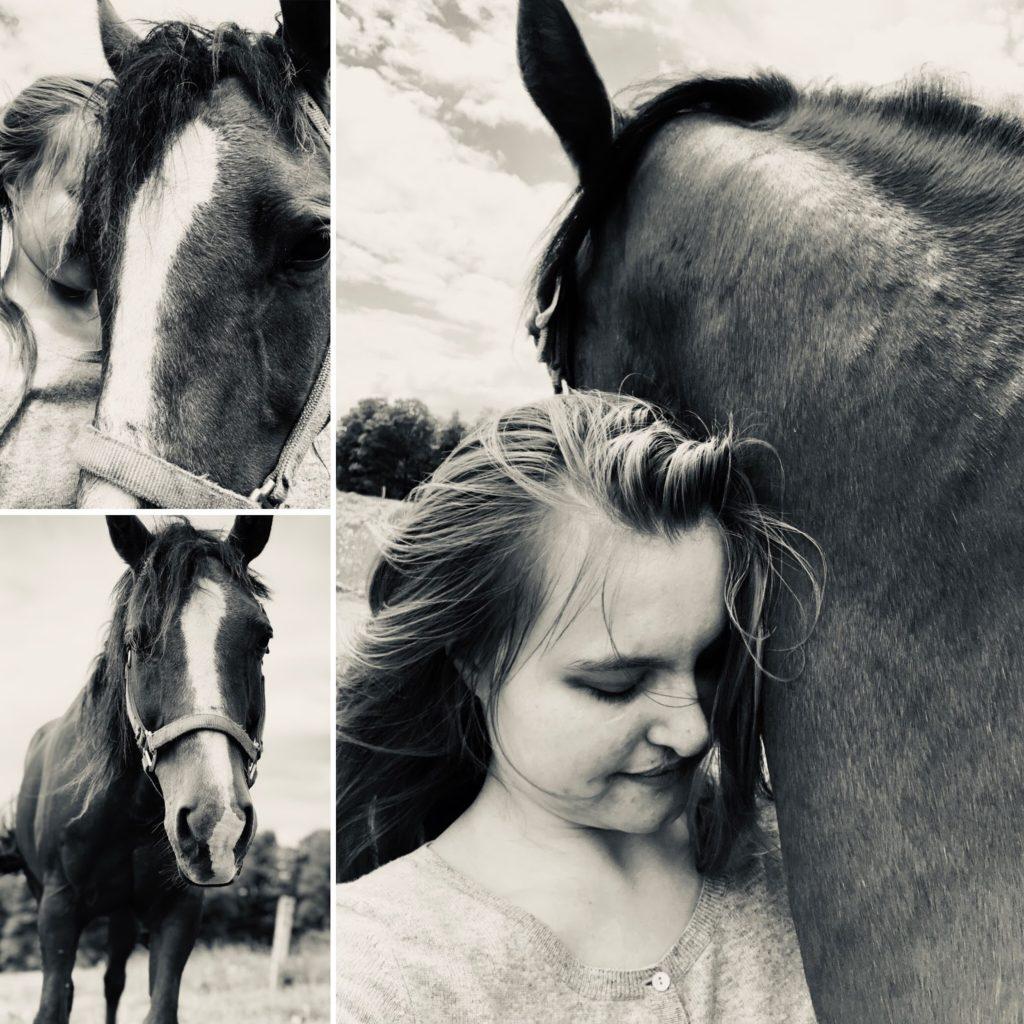 Horses, for me, have always intrigued my soul. Growing up on a dairy farm, I was accustomed to having a horse or two grazing in one of my parent’s pastures. Horse riding alone has been a skill I’ve progressed throughout my pre-teen years to now adulthood. So when I ventured home on Oct. 15, the first time in three months, I patiently waited the hour and a half drive to run in the field and hug my quarter horse Levi. But as I drove down my parent’s dirt road, I noticed only one horse standing in the corral and it wasn’t Levi. My dad’s beloved Belgian mare, Pearl, was residing against a fence post, but no Levi in sight. I made my way to the house and walked into the front door to my mom and dad’s kitchen, and that’s when my mom announced the news that Levi had passed away a week prior to my visit home.

The news hit me like a jolt of lightning. It was so sudden, and so definite. Due to an unknown illness, Levi had succumbed to a weird list of symptoms over a span of three days. Before Levi’s death, my mom noticed he was acting unusual as he walked up along the fence. Most animals when they touch a fence, they immediately back off whether it’s an electric fence or not. But Levi didn’t back up, he continued walking into the fence like a zombie even though the wire was up to his neck. My sister also noticed he was walking in circles in the field and chopping at his lips and when she tried calling out his name, his ears wouldn’t perk up the way they used to.

Levi was clearly going delusional. He broke through fences nonstop within those three days and was unable to control his physical actions, forcing my parents to make the difficult decision to put him down. He was becoming a hazard for not only himself, but for my family and my young 14 nieces and nephews who come to visit the farm. After my mom told me the news, I wondered what on Earth did Levi come in contact with that was so deadly. So I consulted with Google and a Copper Country veterinarian to figure what kind of virus matched Levi’s symptoms. There’s no definite answer as to what he might have had, because without a blood test or “taking tissue samples post-mortem,” the results are inconclusive, Dr. Grant Olson of the Northland Veterinary Clinic said.

Horses should be vaccinated at least once a year and sometimes twice a year depending on if the horse is at high-risk, Olson said. Vaccinations for horses include Eastern and Western encephalitis, tetanus, influenza and rabies. Most horse cases Olson sees are lameness, trauma related and cholic (intestinal pain). Vaccines are effective in preventing sudden abnormalities among horses, Olson said.

Some horse issues such as West Nile virus and encephalitis are mosquito-transmitted diseases and mosquito control is important, Olson noted.

“But that’s easier said than done in the U.P. How do you stop all the mosquito activity? It’s virtually impossible,” Olson said. “That’s why it’s important to vaccinate.”

My older sister adopted Levi from an abused home a couple years ago, and my parents allowed for him to stay at the farm where he’d have plenty of space, quality grass and hay and unconditional love. But just like babies, horses need shots to stay healthy and we never knew Levi’s track record of vet check-ups prior to adoption. It’s difficult to say whether a simple shot could have saved his life, but maybe it would have.

People who have animals should vaccinate them in a timely manner to avoid the preventable. Life happens and sometimes you just have to swallow that bit of poison and move on, but there are steps to avoid bombshell illnesses. Who knows what Levi might have had? It could have been encephalitis or maybe a parasitic disease that affected his neurological system. I wish I could go back in time and make sure Levi had his yearly vaccinations, but that’s impossible.

Though it’s still kind of tear-jerking to think about Levi when I see his picture on my nightstand every morning, I know that animals are animals. Even if you think you’re caring for them in the most dearing way, things happen and they are completely out of your control. We become attached to our four-legged companions, and it’s painful to say goodbye. Levi was sometimes a spit fire when I’d saddle him up, but he got me through an emotional heart break and I’ll always remember him as the horse who didn’t turn me down.