Economist to talk on wealth 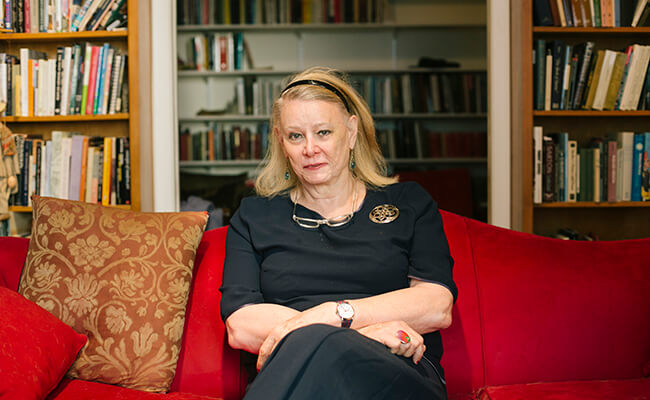 Ideas are sure to cause lively debate and discussion on NMU’s campus. In a time of economic and political uncertainty, aspects of the structure of society such as debates over the virtues of capitalism versus socialism have come into question.

Historian, transgender advocate and award-winning economist Deirdre McCloskey will  deliver a talk at 7 p.m. on Thursday, Oct. 24, in Jamrich room 1100, focused on the ongoing debate about the global prospect of liberalism.

“If you care about the economic environment in which we live and interact with, how that environment has changed over time and what its current state means for your future place in it, then this talk is for you,” CAIF Assistant Director Tim Eggert said.

McCloskey, an economics professor at the University of Illinois in Chicago and author of 19 books and 400 scholarly works, will defend views from her latest book, “Why Liberalism Works: How True Liberal Values Produce a Freer, More Equal Prosperous World for All.” In the book, McCloskey argues for a return to “humane true liberalism,” which was first conceived by 18th-century philosophers such as John Locke, Adam Smith and Voltaire.

McCloskey defines herself not as a conservative, but instead as a “Chrisitan classical liberal.”

The event comes in juxtaposition to one of CAIF’s previously hosted events held last March, “Why Liberalism Failed.” This is intentional as Eggert hopes attendees take away the opportunity to be exposed to contrasting concepts.

“Two divergent views of the same topic presented by two different speakers within a year of each other. That’s genuine viewpoint diversity,” Eggert said.

The event is free. Students, faculty and members of the community are welcome to attend. There will be a Q&A session following the lecture.