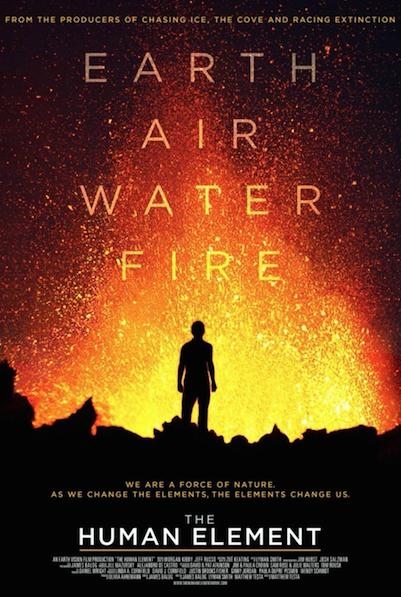 INCITING CHANGE—The NMU Chapter of Citizens’ Climate Lobby shows “The Human Element in Weston Hall Thursday, Oct. 24 to get students thinking about how the human race impacts the basic elements of life. Photo courtesy of vailsymposium.org

For an hour and 16 minutes, the audience sat in Weston Hall, attentively watching “The Human Element,” a movie about people and their impact on the global climate. Then, the lights came on, and members of NMU’s Chapter of the Citizens’ Climate Lobby (CCL NMU) began to speak.

The topic of discussion at the screening on Thursday, Oct. 24 was Proposition H.R. 763 or “The Energy Innovation and Carbon Dividend Act.” If passed into law, the act will charge fossil fuel producers, such as mining companies, a fee on “the carbon content of fuels,” according to www.congress.gov.  A dividend would then be distributed to United States citizens. CCL NMU Outreach Coordinator John O’Bryan said the bill would be beneficial.

“Everyone gets the same amount. Because the lower earning two-thirds of families use less fossil fuels than the top one-third, the bottom two-thirds earning families tend to come out ahead from the dividend, even as fuel prices rise,” O’Bryan said.

Freshman biology major Marina Morse is a member of CCL NMU and advocates for the organization’s cause.

“Climate change is a very important issue, and it definitely is affecting our generation and will in the future,” Morse said. “It’s really important to actually do something, and with CCL NMU you are able to feel like you are actually doing something.”

The organization focuses on educating students on climate change and motivating them to take action by contacting their representatives in Congress. On the night of the film screening, group members made a live call to the office of Representative Jack Bergman in order to demonstrate the experience to audience members. An answering machine took the call, and O’Bryan left a brief message asking support for H.R. 763.

In addition to Congressional representatives, CCL NMU is also trying to get NMU President Fritz Erickson to endorse a general price on carbon.

“Our congressman, Jack Bergman, knows Fritz Erickson, and Erickson’s opinion has a lot of weight, as he’s a pretty high standing member of the community up here,” Morse said.

CCL NMU hopes that if Erickson and other university presidents show support for a price on carbon in general, then state representatives will take more specific action in Congress.

“Folks should know that this problem [climate change] will affect humanity forever to come, but only people alive right now have the ability to do anything about it,” O’Bryan said.

CCL NMU currently meets at 7 p.m. on Mondays in the library. Students can contact [email protected] for more information.