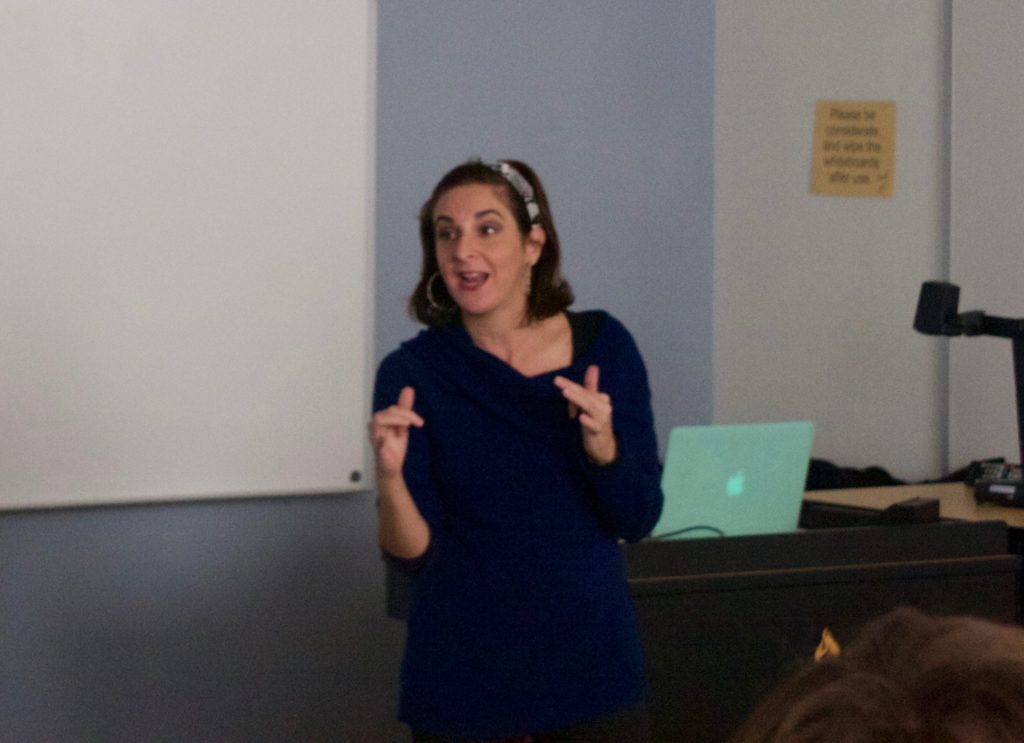 The lecture hall fell silent as the colorful Havana rooftops came to life and the film “El Techo” began.

The Office of Diversity and Inclusion and the department of languages, literature and international studies, brought Michelle Farrell, Ph.D., an associate professor of Spanish at Fairfield University, Connecticut to screen a popular 2016 Cuban film and lead discussion on Friday, Oct. 25.

Because of the increase of tourism to Cuba people are starting to learn the culture and enjoy their films.

“The history of Cuban and U.S. relations needs to be highly contextualized, but we also need to recognize that there’s still people falling in love, yelling at each other, having babies just like every other part of the world,” Farrell said.

Although the United States and Cuban relations have been historically accurate their cultures have some similarities.

“I heard about [the film] before and I was happy to have the opportunity to see it. I thought it was an interesting representation of the lifestyle especially given the contemporized political situation,” senior English major Eric Pitz said.

Students and community members attended the screening and asked Farrell questions about the importance and meaning of the Cuban film. Many of the questions focused on the way America represents Cuba and how that related to how Cubans represent Cuba.

“There’s still a lot of that 1960s mentality that Cuba is the enemy and is very isolated and run down, when in actuality there is a lot of culture to see,” Pitz said.

The film tells a story following three friends who try to make it through life on the rooftops of Havana. Director Patricia Ramos from Havana made the film and screened it at multiple film festivals. Farrell met Ramos and was the interpreter for her at the Havana Film Festival in New York.

“Cuban film has always been the space for real reflection and criticism,” Farrel said.

The  film offers a good context into the life of the average Cuban and how they live. During one of the scenes a main character Anita talks to her mother on a cheap cell phone in the United States which shows the ways in which Cuban and American families interact with each other.

“I thought it was interesting different that any movie I’ve seen recently, it was a lot more lighthearted than I thought it would be,” freshman elementary education Sarah Liston said.

Farrell showcased Cuban film which has become increasingly popular around the world due to their ability to set a precedent for how compelling their stories are. The country has used film as a form of dialogue and expression for the people from the island nation.

“A lot of times Cuban films are critical of themselves, of their own country, their own society, whenever I show a Cuban film in class students are always surprised this could possibly exist with our notion of what Cuba is,” Farrell said.

Not only does Ramos direct movies, she also teaches script writing courses at the International School of Film and Television located in San Antonio de los Banos, Cuba. The school is known for its film program and allows people from all over the world to study.